Disha & Tiger have been spotted together on dates for several years. But Disha has been denying the relationship lately, writes Rishi Kant
By Rishi Kant Mon, 3 Feb 2020 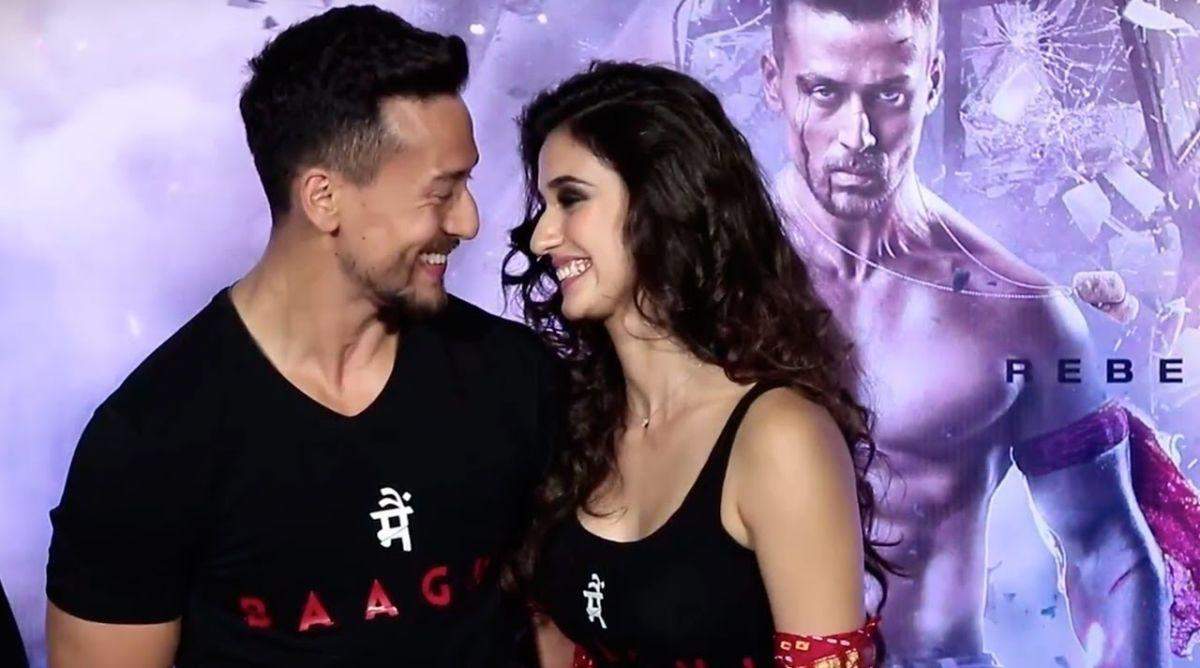 Disha & Tiger have been spotted together on dates for several years. But Disha has been denying the relationship lately, writes Rishi Kant.

Disha Patani has become one of the most admired actresses in Bollywood. Fairly new to the industry, she rose to fame in 2016 following the release of Neeraj Pandey’s M.S. Dhoni: The Untold Story. Although not the female lead, but her stunning looks coupled with a charming, ebullient performance garnered a lot of attention. Disha’s looks attracts both men and women, be it young and old. Following the success of her debut film, she starred in Baaghi 2 opposite Tiger Shroff– the son of veteran actor Jackie Shroff. The on-screen, passionate chemistry between the two actors became the talking point of the film.

Recently, she has been better known for her endorsement of Calvin Klein products. In a country where objectifying women has become the norm despite the outcry by women, Disha has kept her beauty public. Not confined to the private parties of the industry stalwarts or besides the swimming pools of luxury, sequestered hotels. It almost feels as if she is a solitary spark in a sacred establishment of the people—her beauty accentuates the more people see her.

Her image of the modern-day “Dream Girl” has brought Disha a long way in the industry. She is now the lead lady in Radhe – Your Most Wanted Bhai opposite Salman Khan and the romantic thriller Malang opposite Aditya Roy Kapoor. The former will be her second film with Salman, with the 2019 drama film Bharat being her first film with the quinquagenarian actor. Speaking on the 27-year age-gap between them, Disha said that age is just a number. “It was a dream come true to work with Jackie Chan in Kung Fu Yoga. He was 65 then. Ditto with Salman (Khan) sir, the biggest star in our country. When I’m 50, I’d like to work with an 18-year-old. After just my second film, I got to work with Salman sir in Bharat, which gave me my first commercial song, “Slow Motion”. I don’t know if I deserve this. I’m glad to get an opportunity to dance, act, do action,” Disha told in an interview to Bangalore Mirror.

In contrast, Tiger Shroff represents the modern-day Bollywood star. Sinewy muscles the highlight of his physical perfection and youthful exuberance. Shroff usually does testosterone-filled films— with the strength and suppleness of his limbs distinct in each agile movement. He dances, he fights and he romances with the girl. Be it the Baaghi film series, War or his debut film– Heropanti all the way back in 2014. He has idolised himself among the youth as the perfectly machismo, debonair Indian man. He is also slowly becoming the top pick for the male protagonist in a glamorous, masala films with huge budgets and an adrenaline-filled plot.

Ever since the release of Baaghi 2, the sensuous, passionate on-screen chemistry between Disha and Tiger have let many to believe that the two of them are dating. Even though Tiger’s sister Krishna has said that her brother is single while Disha has said in the past that while she is keen on dating her co-star from Baaghi 2, Tiger hasn’t reciprocated the same interest. This comes after several blind items mentioning Disha “hooking up” with her co-star in Malang, Aditya Roy Kapoor.

In June 2019, pictures also surfaced of Disha Patani on an outing with the unquestioned “crown prince” of the Shiv Sena and now Cabinet Minister Aditya Thackeray. This led to her being trolled on social media with references to Shroff such as “Ek Tha Tiger”and “Tiger Zinda Hai?”. Following this, Disha told Hindustan Times, “You go on dinners and lunches with friends, what’s wrong? Everyone has friends who are male and female. You don’t choose friends on the basis of gender. I don’t need to only befriend females. I’ve chosen a profession in which I will be scrutinised. If people misjudge, I don’t care. I focus only on work.”

Disha has also recently been very vocal in the media has spoken on issues such as nepotism in the industry. “Nepotism exists in every industry but it’s your work that speaks at the end of the day. There’s enough work for everyone in the industry since there aren’t many Friday solo releases. One is lucky if the people like them and that cannot be bought or it doesn’t come by birth,” she told Bollywood Hungama.

Disha currently is busy with the promotion of Mohit Suri’s Malang, co-starring Aditya Roy Kapur, Kunal Khemu and Anil Kapoor. In one of her recent interviews, she was asked about love. “It’s very important and also a driving force. Everything you do in life is either for love, or because of love. How can you even live without love?” I have fallen in love at first sight too. For me, it’s very important to fall in love. I love the feeling of  butterflies on the first day. If I don’t feel it on the first day, I feel it’s not there,” she said. Disha was also recently directly confronted about her relationship with Tiger Shroff and the fact whether she acknowledges it but Tiger doesn’t, to which she replied, “What relationship?”

However, on The Kapil Sharma Show where Disha was again seen promoting Malang, multiple references were made of her alleged relationship with Tiger, to which she was left blushing on each occasion. However, an incident which more or less could be conclusive of Disha being with Tiger is when she was asked on the show whether she had checked out someone in the gym or not. “I have checked out only person,” she said and while she didn’t name the person, Kapil replied, “Well done. good job. Very good choice,” making the identity of the person obvious to many.

Irrespective of the truth, people simply love shipping the two together. Whenever the two get time off their busy schedules, Disha and Tiger have been seen together in the city on multiple occasions.