Why Star Kids Do Better Than Outsiders

Why do star kids end up having an edge against the outsiders? Is only nepotism the answer? Or is there more to it? Read our article to find out!
By theopinionatedindian Thu, 2 Jul 2020 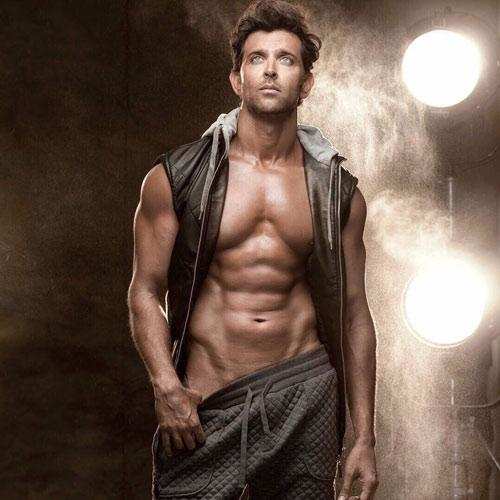 Why do star kids end up having an edge against the outsiders? Is only nepotism the answer? Read our article to find out!

In one of the previous articles ‘Do Star Kids Really Have It Easy‘ we mentioned how star kids have it easy when it comes to getting a break. But star kids like Ranbir, Hrithik, Tiger, Varun, etc have an upper edge even when their fan following vis-a-vis outsiders are concerned. Even if an outsider gets a break, he/she finds it difficult to sustain, while star kids have it much easier. Here are the reasons why

They Grow Up Among Industry Folk

Ranbir Kapoor is a 4th generation actor. Apart from both his parents, he has two uncles, one aunt, two grand-fathers & two cousins who have been a part of the industry. One can imagine what the dinner conversations must be about. As a child, Ranbir must be privy to top filmmakers speaking to his father about scripts, his uncles speaking about why their films did well, or flopped. There must be tons of information that Ranbir must have picked up subconsciously which outsiders will learn only after committing several mistakes often at the cost of their career. One really can’t put a price tag on such experience & information. Let’s not forget that Ranbir’s father Rishi did have a big say in his career. An outsider, on the other hand, has to rely on his gut while making choices that could make or break his career.

The same goes for Tiger Shroff, Shahid Kapoor, Salman Khan, Vicky Kaushal, etc. Although one must admit that Salman, Shahid & Vicky had to struggle a lot more than Tiger – who is an A-list celeb’s son.

Despite what people say about supporting outside talent, their actions speak otherwise. A Nawazuddin Siddique may be far more talented than a lot of star kids, but his roles are limited to playing a poor/middle-class characters(movies in which he is the main lead). A Hrithik or Ranbir or Tiger or Varun, on the other hand, will be completely accepted by the audiences if they choose to portray a lower middle class or even a poor man(Hrithik role played a poor teacher in Super30, Varun will be seen playing a Coolie in Coolie No.1 remake). The same is true for women as well.

Celebs too prefer to hang out with other rich, sophisticated folk. While the language of Bollywood films is mainly Hindi, the language celebs prefer to speak in English. So you can imagine how insecure or uncomfortable a small towner will feel among an elite Bollywood crowd. Nevertheless, if your movies are doing well, the elite Bollywood folk will treat you like a living god. Goes without saying that women are a lot cattier than the men.

This is one of the biggest reasons while star kids thrive. Abhishek Bachchan grew up with Rohan Sippy – scion of the production house which has us Sholay, Shaan, Satte Pe Satta, etc. It was understood that Rohan would go on to direct Abhishek someday. Despite several of Abhishek’s movies flopping Rohan kept casting Abhishek. Eventually, they did succeed, but they then parted ways.

Filmmaker Rakesh Roshan’s son Hrithik grew up with lyricist Javed Akhtar’s son Farhan. Hrithik has acted in several of Farhan’s productions. There were many movies like Dil Chahta Hai which were offered to Hrithik, but he refused. Hrithik will be getting offers from Farhan’s Excel Productions as they already share a bond. Uday Chopra & Hrithik too were classmates.

The same is true for every big star’s kid. Even if their films flop, there will be their network to fall back on. If a filmmaker is looking for a hero & two celebs are fit for the job, it will mostly be star kid who will get the job. Because Bollywood works on relationships. It is a lot easier for star kids to build a network.

You may brush this off, but like always the actions of audiences support our point. The level of interest people show in Aryan Khan, Ibrahim Ali Khan, Taimur Ali Khan, Shanaya Kapoor, Aarav Bhatia, Khushi Kapoor, etc would put an outsider who has acted in several films to shame. Sara Ali Khan’s appearance on Koffee with Karan got her a lot of attention, which translated to her debut film – Simmba becoming an eagerly awaited film. How many outsiders with no acting experience get called on Koffee With Karan? Would you watch a Koffee With Karan or an episode of any celeb chat show featuring two unknown actors/graduates of National School Of Drama?

Every filmmaker is guaranteed a decent initial for the debut movie of a superstar’s kid, whereas an outsider has to rely on strong word of mouth. A Vicky Donor is an exception in Bollywood, not the rule.

Even among the heroines – Hema Malini, Sridevi, Madhuri Dixit, Deepika Padukone are outsiders. Kajol is an exception, not the rule.

Amitabh’s reign lasted till 1991. He was succeeded by Sanjay Dutt for a year before the Khan triumvirate & Sunny Deol took turns to be the numero uno star in the 90’s. The 2000’s were Shahrukh’s decade before Salman toppled him. One must not forget that Salman is not a true blue insider. Nobody was dying to launch a script writer’s son. Would you prefer to watch Sonu Nigam Or Shahrukh Khan’s kid’s debut? Do you even know Sonu Nigam’s kids name? It was only after Irrfan Khan’s death that people came to know that he had a son name Babil.

Which brings us to our question – Why do outsiders always rule Bollywood?

Star kids have everything on a platter. While outsiders have to start from scratch in terms of building a network, inputs in terms of film selection, becoming sophisticated, etc star kids have nothing to worry about as far these things are concerned. That explains why they lack the drive to make it to the very top.

Hrithik has everything a movie star could ask for in terms of looks, dancing, acting talent, etc. But he could never topple the Khans. Just when the challenge materialized, his movies would flop or he would not be seen in any movie for a couple of years. After a dream debut in Kaho Naa Pyaar Hai, his movies flopped. He again posed a challenge to the Khans after Dhoom2 & Krrish, but then he was barely seen in one movie every year. His Guzaarish, kites, etc were flops.

The same is true for Ranbir. After starring in a string of hits like Ajab Prem Ki Jagab Kahani, Barfi, Yeh Jawaani Hai Deewani, Rajneeti, etc his movies started flopping. He hasn’t had a single release after the 300cr+ grosser Sanju.

Amitabh Bachchan, Shahrukh, Akshay Kumar, etc must have had to struggle for years to get their debut or to make it big. They are perpetually scared of losing their stardom. It is only now, after turning 50+ that Shahrukh Khan was not seen in any movie for almost two years. Akshay too will never spend a year without working. They have the fire in them to make it to the very top – a trait that star kids lack. Even if they do make it to the top, they are unable to sustain it.