Is Kamal Haasan dating Pooja Kumar? Is she his latest conquest? Read our article by Tejaswini to find out!
By m Fri, 12 Jun 2020 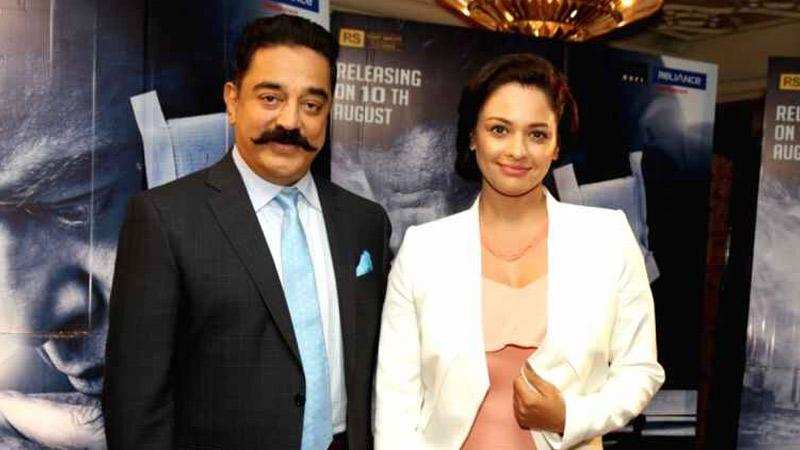 Kamal Haasan is one of the most famous actors in the Tamil and Telugu film industries. This man is around 65 years old and his two daughters are both actresses in the film industry as well. Shruti Haasan is better known than Akshara Haasan who starred in Me KK, a Tamil film recently.
They both were daughters of Sarika with whom Kamal split in 2004 and he dated Gautami after that which he was open about. But recently in a pic fans spotted Pooja Kumar, a Tamil actress with Kamal’s family. Pooja Kumar starred next to Kamal Haasan in Vishwaroopam movie and she looks very charming. 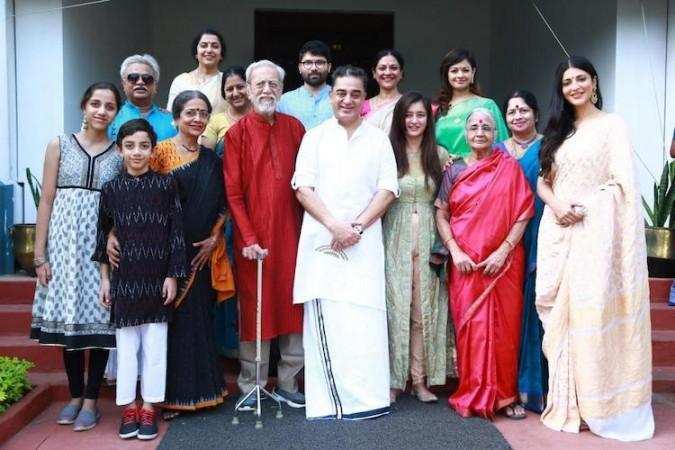 Fans started assumptions about Kamal and Pooja dating, which doesn’t feel false if we come to know how pooja replied when fans asked her about the same.

In the pic Kamal Haasan, Shruti and Akshara Haasan were present and a group of people.  Apparently Kamal’s family were also there. Fans were awestruck to find Pooja Kumar along with his family in the family photo.

When asked about this, Pooja said,

“I have known Kamal Haasan sir and his family for a long time now. Ever since I started working with him, I have known his family – his brother who is a producer, his daughters- Shruti and Akshara, everyone. That’s how I was a part of their family functions as well.”