Guess what Tahira Kashyap has to say about her sweet love story with Ayushman Khurrana and their explicit details of making out!
By riya gandhi Thu, 5 Nov 2020 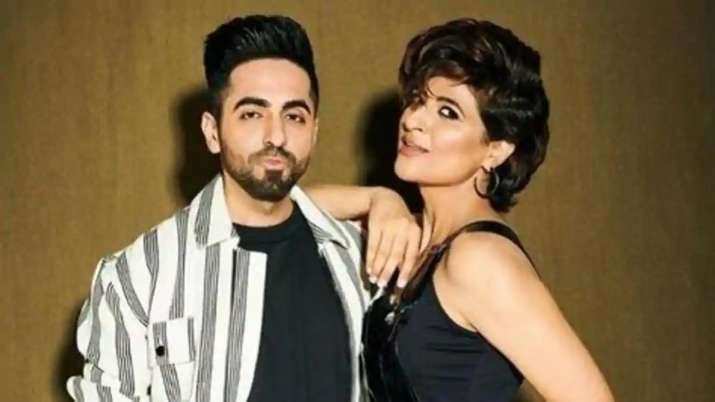 The heartthrob of the Bollywood industry and the most commendable actor Ayushman Khurrana has been married to his college girlfriend, Tahira Kashyap for 12 years and is also a father of 2 children. Like an ordinary husband-wife relation, Ayushman and Tahira also face their own ups and downs in their own lives.

Recently, Tahira Kashyap launched her book titled as the ‘12 Commandments of Being A Woman’, in which she gives a sneak peek into her love story with Ayushman Khurrana. Interviewing with Pinkvilla, she says, ‘We were in college and these were the days of single theatres. There was this theatre opposite our college called Nirmaan. Chandigarh is a small city and you don’t get places to make out. So Shahrukh Khan movie Asoka was playing and I used to bunk my college at times and we used to see this film. The first time, of course, we watched it very intently as we both are fans but after that, we saw it 11 times and we were very busy (making out).’

Moreover, Tahira Kashyap also mentions the Andhadhun actor as his bouncing board and describes his reaction on her nouvelle endeavour. She also says, ‘So I think his reaction was divided between being intrigued and shocked. He thought this was supposed to be between us and our family. I was like it did make sense to me at that time and I wanted to write about it. So the best part is that we do not hold each other back. We have our own opinions.’

Upon being questioned regarding the intimate scenes, she said, ‘Vicky Donor se shuru ho gaya tha. I was at home, I was pregnant and looking like a whale. I had gained 20 kilos and every woman goes through the journey. But I kept thinking that I’m looking like this, and my husband is romancing on-screen. My reactions were immature but I don’t regret that at all. Yes, I did have these insecurities. It didn’t finish off there. It went on to Nautanki Saala, where he recorded the longest kiss on screen. It was all out in the press and it got to me.”

Don’t forget to express your views regarding this sweet and enduring love story!