This cutiepie is actually one arrogant actress! Can you guess the actress Mumbai Mirror is talking about?
By theopinionatedindian Tue, 28 Nov 2017 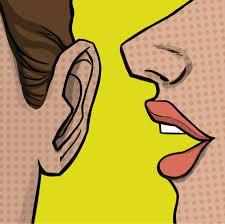 We were pleasantly surprised with his actress for not being in the news for being arrogant. Despite delivering several hits she appeared to be well mannered. Being the daughter of a movie producer-director father & actress mother ensured that acting was in her blood. She is a complete natural in front of the camera & is sure to rule Bollywood someday. But arrogance is known to run careers.
She has been in the news mostly for her affairs. She had a brief affair with her debut co-star. In spite of him having a gf! Lately a lot has been written about her affair with her other debut co-star! What people don’t know is that she is just the beard. He is dating their mentor. Our arrogant actress is in fact dating her high school sweetheart. Her fans following her life closely have read about him. He is based out of Dubai. There is reason this business is called showbiz. Because it is all just for show!

Blind Item
IT’S been just a year but Miss Haughty is on her third manager already. We have heard that great success brings to life great monsters, so this one’s arrogance (despite her cutie-pie image) comes as no shocker. But screaming tantrums, throwing coffee on staff and generally being a brat is so 1990s. Sure she wasn’t born then, but someone tell this star actor that. Meanwhile, her management company desperately scouts for manager number four who won’t mind a little heart- and coffee-burn. Ouch.