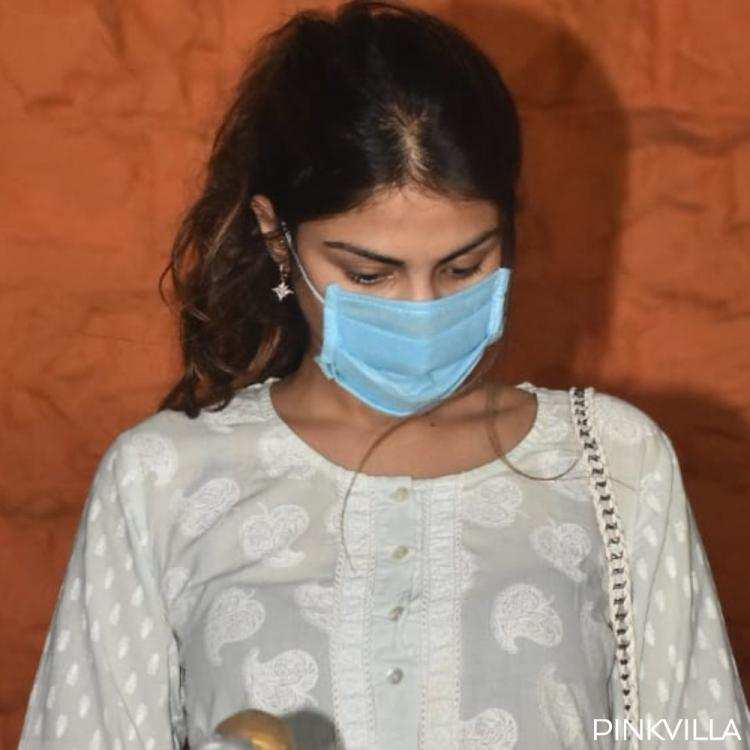 Rhea Chakraborty moved the special Narcotic Drugs and Psychotropic Substances (NDPS) court seeking bail and retracted her statement to NCB saying she was coerced into making self-incriminating confessions.
Rhea was arrested by NCB for allegedly arranging and financing consumption of marijuana by her late boyfriend Sushant Singh Rajput. In her plea, Rhea has said that while she was in custody, she was coerced into making confessions that she is now formally retracting. The bail plea along with that of her brother Showik’s will be heard by special NDPS Act judge, G B Gurao.
After Rhea retracted her statements and her brother’s bail plea, NCB official said they would oppose them considering their involvement in the drug case. Among the various sections, the siblings have also been booked under Section 27A of the NDPS Act, a non-bailable offence.
Showik was arrested last week. A magistrate court had rejected Rhea’s bail plea and sent her 14-day judicial custody. The 28-year-old Santacruz resident is lodged in Byculla jail.
In the plea, Rhea’s advocate said no incriminating drugs were found in her possession and the investigating agency’s case was deliberately vague about the alleged quantum of finance attributed to her. It was also silent on the quantum and type of drugs allegedly procured and financed by her. It said that in layman’s terms, the NCB’s case is that Rhea would coordinate the delivery of drugs for SSR and occasionally pay for them. The plea said that based on these allegations, the NCB has alleged that Rhea is an active member of the drug syndicate.
The NCB has used these basic facts to spin a false narrative that portrays Rhea as being someone who finances he illicit traffic or harbouring of offenders. There is no allegation of Rhea having procured or financed any drug whatsoever outside of the period during which she was in a relationship with Sushant. The plea also said that NCB has not disclosed any connection between Rhea and drug peddlers and only connected her to co-accused, Sushant’s house manager, Samuel Miranda, his domestic help, Dipesh Sawant and her brother.
Her alleged role is the purchase of a small number of drugs for her then-boyfriend SSR which would squarely fall within the ambit of a section which is punishable with maximum imprisonment up to one year or with a fine or both. Hence, the allegations against Rhea make out a bailable offence.
Rhea’s advocate also sought parity for Rhea with other accused in case those have been granted bail. While Kaizan Ebrahim was granted bail on the first day he was produced before the court, Abbas Lakhani and Karna Arora, from whom allegedly a total of 59 gm of ganja was recovered, were both also granted the relief .it is pertinent to note that despite identical allegations being foisted upon co-accused Kaizan, the NCB chose to selectively apply Section 27 of the NDPS Act only in respect of Rhea and her brother.
Her defence said, ‘Rhea apprehends serious risk to her life if she were to be unduly detained in judicial custody. She has been at the receiving end of hundreds of deaths and rape threats for the past several months.’ The defence also cited the coronavirus pandemic and said how a record-breaking spike in cases could cause harm to her health if she continued to remain in jail. The plea also said that three days are preceding her arrest, despite it being mandated by law, not a single female officer has conducted her interrogation. Instead, only multiple male officers had grilled her for a minimum of eight hours at a stretch.
The defence also said that Rhea was only 28 years old and had been subjected to investigations by three other agencies. All of these proceedings have taken a severe toll on her mental health and well-being. The plea said that Rhea has strong roots in society, was a permanent resident of Mumbai and there was no likelihood that she could abscond. It is also cited that Supreme Court judgement which was said that the purpose is not to detain an accused of the purpose of giving him a taste of conviction of the court of competent jurisdiction.
Alleged drug supplier Anuj Keshwani was produced before the court and further remanded to NCB custody till September 14. The other accused are sent to judicial custody till September 23.