De De Pyaar De released yesterday to good reviews. We look at the various couples who were probably the inspiration for the movie!
By theopinionatedindian Sat, 18 May 2019 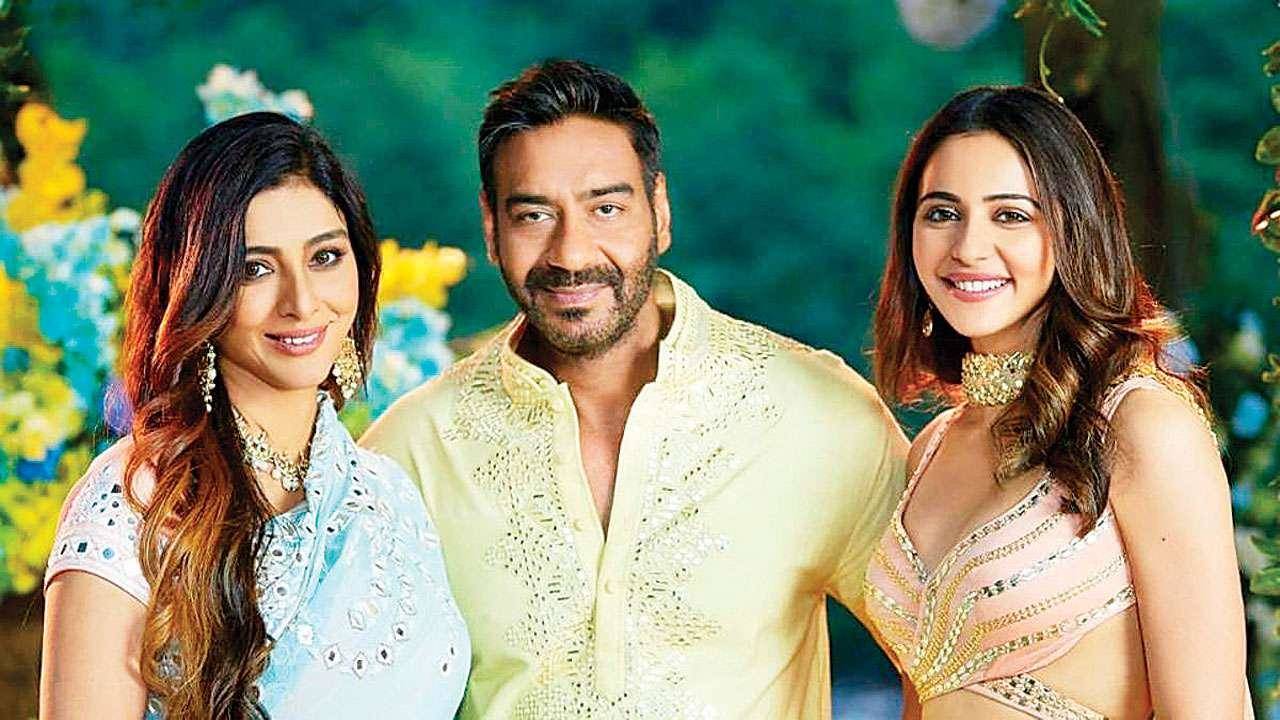 Ajay Devgn-starrer De De Pyaar De released yesterday. The movie which also features Tabu and Rakul Preet Singh is about Ajay's character, a wealthy man in his fifties, falling for a beautiful girl half his age,played by Rakulpreet, after getting divorced. With the film dealing with the age gap between the couple, we thought of grasping the opportunity to present a story on the hot and chirpy actresses of bollywood who fell for men much older than them. Off we go!

The bubbly and chirpy actress from the 90s, married the business tycoon, Jay Mehta at the peak of her career in 1995.Mehta is the son of Mahendra Mehta and grandson of Nanji Kalidas Mehta. He holds the ownership to the Mehta group of companies that is spread over Africa, the US,Canada and India. Juhi and hubby,Jay who is 8 years older than her,co own the IPL team,Kolkata Knight Roders.The couple have two kids- daughter Jahnavi who is 18 and son Arjun, who is 15.Jay was previously married to Yash Birla's sister, Sujata, who died in the Flight 605 plane crash in 1990. The couple were friends from before and it was Juhi who had pulled Jay up through that phase of his life. The couple married five years after Jay lost his wife in the crash in a close knit hush hush ceremony. Nobody had a clue until Juhi was expecting their first child. The couple has seen a series of misfortune since with the subsequent deaths of Juhi's mother, brother and sister. Yet they remain bonded strong and steady. Seriously, age is not even an issue in love.

The diva the first female superstar of Indian cinema, married film producer Boney Kapoor in 1996. Boney was 10 years elder to her. That was not even a hindrance in their marriage of 22 years, when the national award winning actress passed away last year. Sridevi had come to live with Boney and his the then wife Mona Singh and their two kids, Arjun and Anshula. At that time speculations were that Sridevi was married to Mithun Chakraborty. Mithun even made Sridevi tie a rakhi on Boney's wrist. But things took a different turn when the news of Sridevi's pregnancy spread like wildfire. Boney was still married to Mona and didn't hesitate to leave her and his kids to be there with Sridevi. They had a simple temple wedding and daughter Jhanvi was born in the following year. Khushi was born three years later in 2000.While the couple did enjoy marital bliss for over two decades, it was not without criticism for both having devastated what was a happy home for Mona.

The media went into a tizzy when Kangana revealed she was in a relationship with veteran actor Aditya Pancholi. The two shared an age gap of over 22 years. While the other couples on the list have a great run together,this isn't one of them.It was in 2005 and Kangana, then a 19 year old, had just started out in Bollywood. While Pancholi's wife Zarina Wahab claims that Kangana was dating her husband for four years, Kangana's sister, Rangoli on the other hand says that she on being mistreated by him broke up and also filed a police case against the actor in 2007. Kangana has repeatedly accused Pancholi of manhandling her, and of physical and verbal abuses. Recent developments have made the already controversial issue even more controversial. Recently, Pancholi released a video of Kangana's lawyer threatening him and his wife of filing a false rape case against him. We are dumbstruck.Tell us what you think of the matter.

The sex siren of the 90s, Urmila Matondkar dated director Ram Gopal Varma who was around 12 years older than her. Varma directed her in Rangeela in 1995 and was completely blown away by her beauty. He admits he was mesmerised by the lady so much so that he casted her in as many as five films after Rangeela. Though the two never admitted of being in a relationship, she was RGV's ‘muse’. Varma admitted in an interview that he faced problems with Urmila because he just couldn't imagine her as an ordinary human being and always had unrealistic expectations from her. The couple parted ways eventually.

While Ankita Konwar is no actress, we couldn't help but add this couple to the list. The 50+ yr old Milind Soman, who has dated some of the most beautiful women in the country married Ankita Konwar - almost 30 years younger than him. While he evaded marriage till he was 50+, he finally found his match in Ankita.