Salman Khan couldn’t come up with his Eid release this year due to the pandemic. Now after six months of
By purvi b Mon, 5 Oct 2020 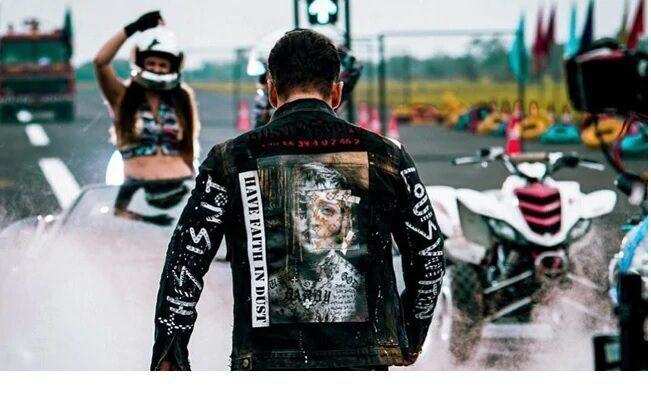 Salman Khan couldn’t come up with his Eid release this year due to the pandemic. Now after six months of lockdown, he has resumed shooting for his film which was going to be his Eid 2020 release – Radhe. On Saturday, Salman and Disha started shooting for the film and will now wrap up the project in 15 days.

According to some reports, Salman and Disha are presently shooting for a song at Aamby Valley near Lonavala. After the shooting for some cop-centric dramatic scene at ND Studio on October 2 and 3, the team is now in the location of a romantic song. The team initially wanted to fly the entire cast and crew to Azerbaijan to complete the shoot. However since the condition is critical in Azerbaijan, the makers decided to wrap up the film near the city.

The actors will shoot for the song for the next two days. Then Salman will move back to ND studios to shoot for 10 days. Post that, there is some patchwork that needs to be completed for the film, which will be done at Mehboob Studios. Salman will also shoot for Bigg Boss season 14 in between as he has kick-started the new season this weekend.

Radhe: Your Most Wanted Bhai was meant to be an Eid release. However, some say Diwali is booked by Sooryavanshi and Christmas for ’83, we don’t know if the makers will release the film this year itself or will they wait for the theatres to re-open.