Here's the first look of ALTBalaji's upcoming sitcom based on loyalty in relationships - FourPlay.
By theopinionatedindian Sat, 9 Dec 2017 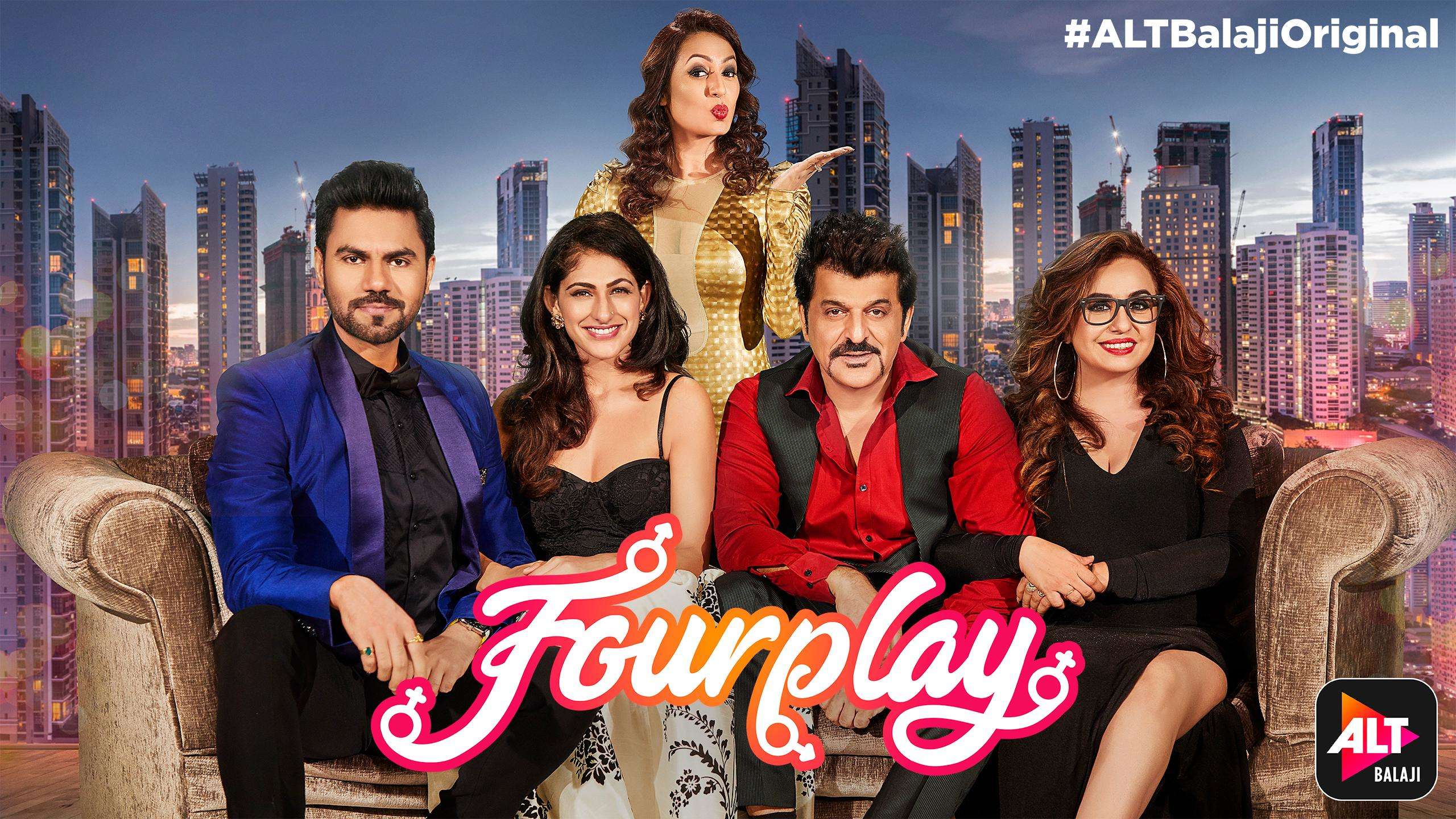 The Opinionated Indian was one of the few people privy to info regarding ALTBalaji’s upcoming comedy – FourPlay.

We are happy to share this update with our loyal readers.

Here’s presenting the first look of ALTBalaji’s upcoming web series FOURPLAY. The show is a satire and showcases cheating and loyalty issues – albeit in a lighter and a humorous way.
Vandana Sajnani’s most appreciated and popular stage drama by the same name, has now been turned into a web series. A Fourplay in its truest sense, the show revolves around two couples – Pooja & Raj (played by Vandana Sajnani and Rajesh Khattar) and their best buddies Brinda & Bobby (played by Kubra Sait and Gaurav Chopra). Like any ordinary couple, they are dealing with their daily lives, till they are caught in the deep web of misunderstandings, which turns their mundane lives, upside down and leads to lot of questions and lot of confusion in just one night – thus a lot of fun.

This 6-episodic light-hearted web show, is written and directed by Vandana Sajnani. Along with Vandana as one of the protagonists, the show also stars Kashmera Shah and Nitin Mirani. This #ALTBalajiOriginal also has an upbeat, groovy title track, that sets the right mood for the show and has been crooned specially by the talented Shibani Kashyap.
A side-splitting story, FOURPLAY has all the required spices to make it a riveting watch and would be streaming exclusively on the ALTBalaji app and the website on the 15th December 2017.

With such a talented cast of theatre stalwarts & TV stars, we are excited about this new show from ALTBalaji & are eagerly awaiting its premiere! Are You?