The Gunjan Saxena biopic's trailer starring Janhvi Kapoor released recently. Read to find out whether we will be watching it!
By purvi b Thu, 6 Aug 2020 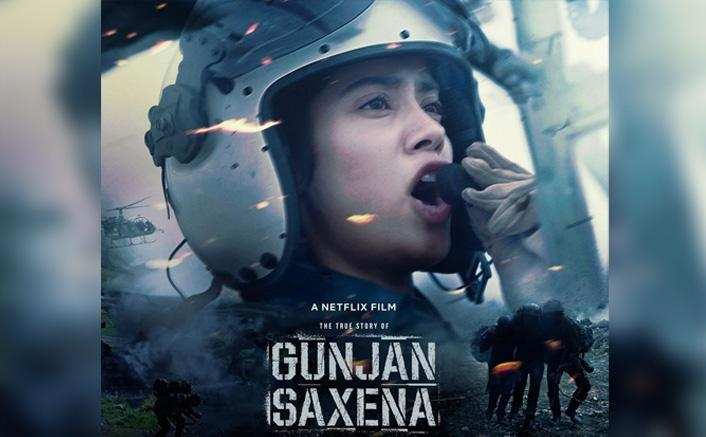 The Gunjan Saxena biopic’s trailer starring Janhvi Kapoor released recently. Read to find out whether we will be watching it!

Gunjan Saxena was one of the two women to serve in combat during the Kargil War in 1991. Gunjan Saxena and Srividya Ranjan flew Cheetah helicopters into a live war zone, especially the Kargil-Tololing-Batalik region for a reconnaissance mission and casualty evacuations. After the war, she was honored with the Shaurya Chakra for self-sacrifice and valor while not engaged in direct combat with the enemy.

Bollywood has turned her story of determination, grit, and courage into the film, ‘Gunjan Saxena: The Kargil Girl’. The movie is produced by Zee Studios and Karan Johar’s Dharma Productions and is directed by Sharan Sharma. We will see Janhvi Kapoor laying the main role of Gunjan Saxena along with Angad Bedi, Pankaj Tripathi and Manav Vij. The trailer of the movie is out.

The movie was set to release in March 2020 across theatres; however, it is now scheduled to release on Netflix. And since it’s going to release online, worried father Boney Kapoor called Karan but Karan assured him that the movie will be well-promoted.

Star kids are being trolled a lot on social media and Janhvi Kapoor is one of them. Her acting has always been questioned. Also, the producer of the movie is Karan Johar who is referred to as the nepo king and this has angered people even more. Soon after the death of SSR, people were supporting the boycott of Kjo movies. But is boycotting a movie without any strong evidence of Kjo driving SSR to suicide right?

As per the latest news, Karan Johar’s name has been left out of the project deliberately.

I am not eager to watch the movie. Like, I am not that excited about the movie but I will watch it. Not for Karan Johar or Janhvi Kapoor but to know the story of someone like Gunjan Saxena.