Is Kriti Sanon The Next Bollywood Queen?

Kriti Sanon has starred in several hits in the past few years. Does she have it in her to become the next Bollywood queen? Read our article by Purvi to find out!
By purvi b Mon, 25 May 2020 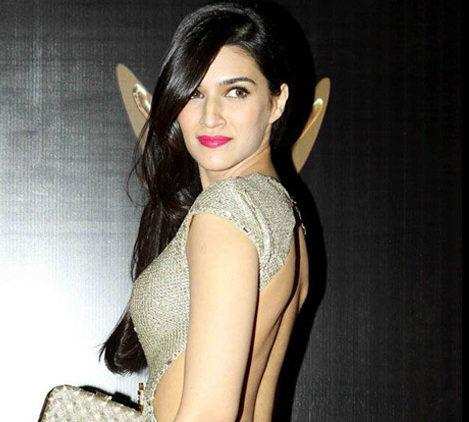 Kriti Sanon has starred in several hits in the past few years. Does she have it in her to become the next Bollywood queen? Read our article by Purvi to find out!

Kriti Sanon made her debut in Telugu cinema with the psychological thriller ‘Nenokkadine’. The film received mixed reviews from critics. She won the Filmfare Award for Best Female Debut for her performance in Sabbir Khan’s action and comedy ‘Heropanti’, which marked her first Bollywood release. After this, we saw Kriti in various successful films like ‘Luka Chuppi’, ‘Housefull 4’ ‘Bareilly Ki Barfi’, ‘Dilwale’ etc.

She is beautiful with a good height and amazing acting skills. Many people from the industry have mentioned that she is a simple and warm-hearted girl. It was observed by one of her directors during the shoot, the way she talked to her mother on the phone, the way she sat on the floor with folded legs, and had puri sabzi with the unit described her homely and simple behavior. She is very interactive. In many of her interviews, we can see how candid she is.

Kriti was dating Sushant Singh Rajput for a while. Their relationship started on the sets of their movie ‘Raabta’. Though after a while there where reports of their breakup, it was said that they broke up because of the rumors of Sushant cheating. After this when Kriti was questioned about their relationship she said they were good friends and that she is fond of him.

Kriti has come on board Akshay Kumar and Sajid Nadiadwala’s production ‘Bachchan Pandey’, directed by Farhad Samji. She was last seen sharing the screen with Akshay in Nadiawala and Samji’s ‘Housefull 4’. With Akshay and Sajid by her side, she does have a bright future and can make it to the top. To survive in the industry it is important to have connections. Kriti has shrewdly cultivated a network. Apart from the Akshay Kumar camp, she is also close to Dinesh Vijan – another big Bollywood producer.

With Deepika Padukone, Anushka Sharma, Katrina Kaif at the slowing down in terms of workload the slot for the Bollywood queen will be up for grabs. While Kriti has proven herself time & again, she will have to contend with Alia Bhatt & a rising Sara Ali Khan. Alia may end up getting married by the end of the year & Sara is just too young to challenge Kriti. The other actresses are not in the fray.

A few hits in the coming years are all Kriti needs to be crowned the box office queen. We think she has a very good shot at making it.

What do you think about Kriti’s chances? Please do leave us a comment.