Kangana Calls out Celebrities for Commenting on Alia’s Picture

After the death of Sushant Singh Rajput, Kangana has been posting videos and fighting for SSR. In the videos, she
By purvi b Wed, 29 Jul 2020 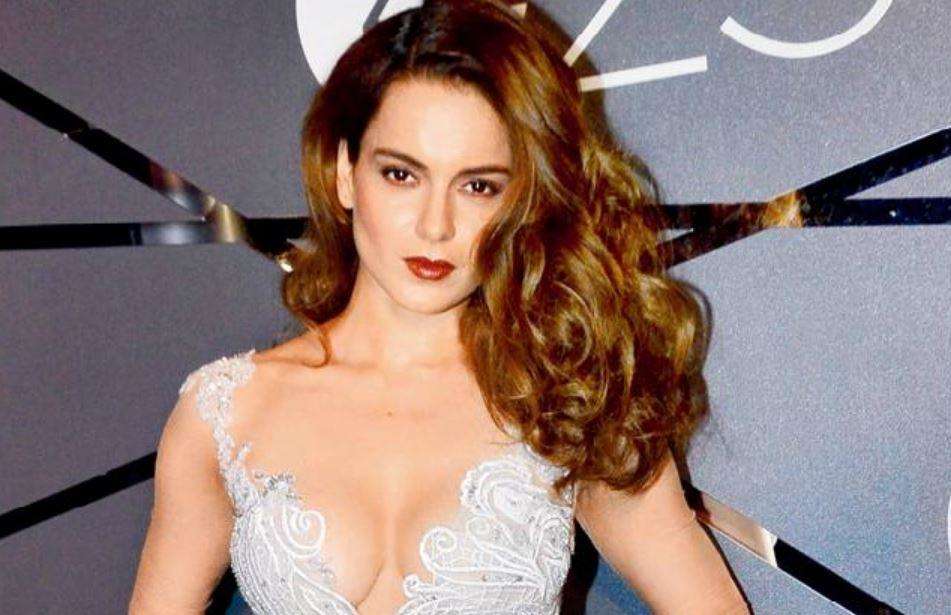 After the death of Sushant Singh Rajput, Kangana has been posting videos and fighting for SSR. In the videos, she talks about the reality of Bollywood. She talks about how SSR used to feel like a leftover and how he was never recognized for her work. She read some of the blind items written on SSR which claimed he was neurotic, psychotic and many other false things, we never kind such news about the ‘nepo kids’. Kangana also talked about the movie mafia because of whom most of the outsiders aren’t recognised.

The main reason behind this fight is nepotism. Bollywood treats the star kids and the outsiders differently; the outsiders don’t get equal opportunities. Recently, Alia Bhatt shared her childhood picture on Instagram; Kangana slammed the celebrities who have commented on her pictures like Hrithik Roshan and Deepika Padukone. 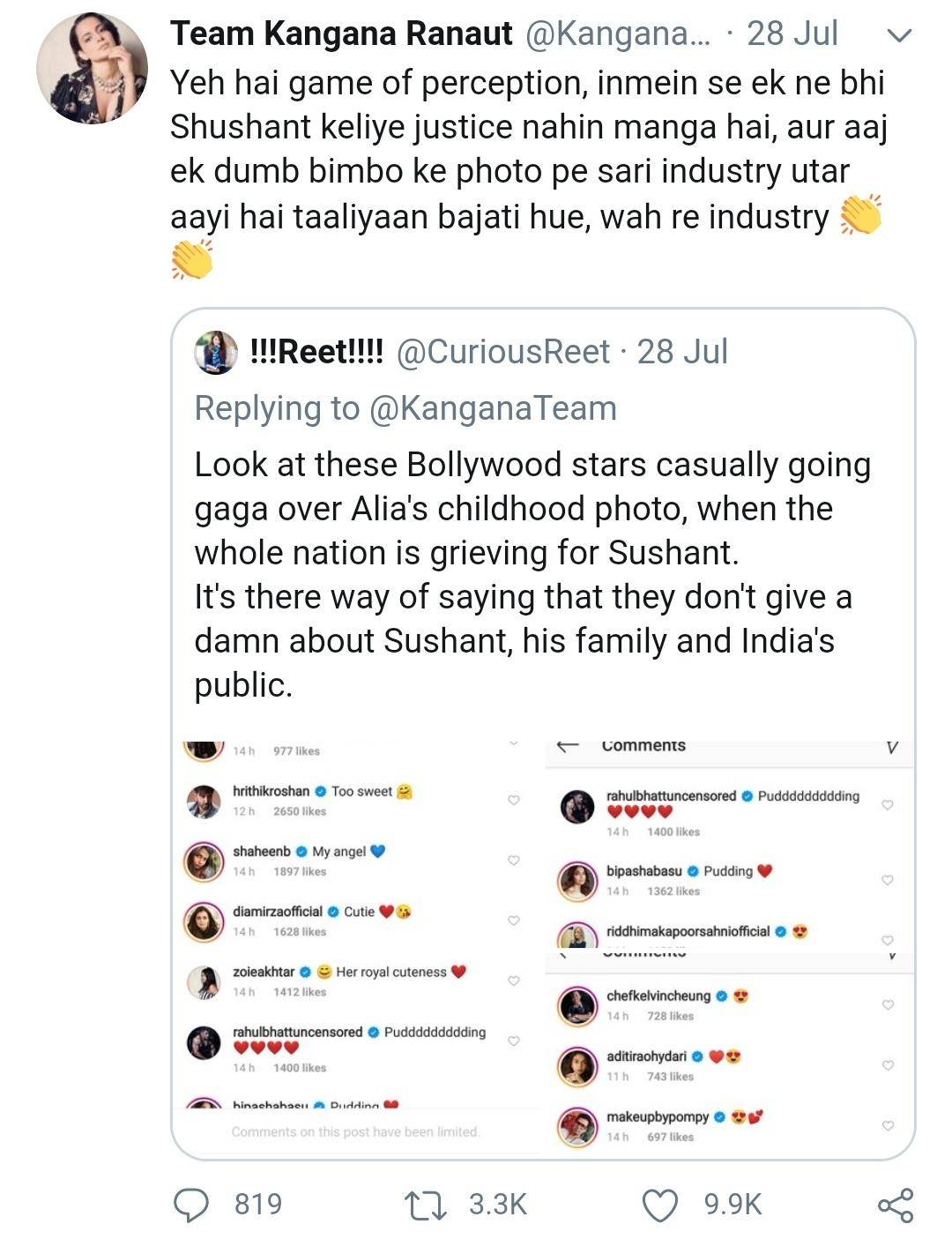 According to me, we can’t force or judge someone for not talking stand for others, it’s their choice. People should naturally come and take stand for others so that this world can be better place. But since most of the big celebrities didn’t take stand for SSR it’s also not fair to target star kids for this and call some a dumb bimbo. Let me know your views on this issue in the comments below.