Kangana Ranaut has been very active on Twitter lately & has got into quite a few scuffles online. Read our article for more details!
By purvi b Fri, 4 Sep 2020 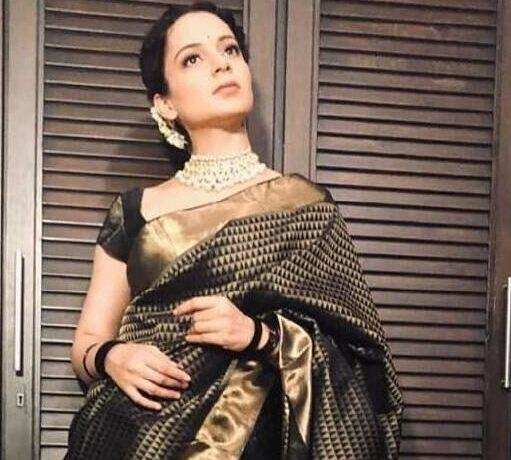 Kangana Ranaut has been very active on Twitter lately & has got into quite a few scuffles online. Read our article for more details!

Kangana replied to a journalist on Twitter who spoke about SSR’s death and how Aamir Khan and his wife Kiran Rao would have been in trouble if they had compared Mumbai with PoK.

Rohini please tell me did a murder take place in the film industry when Aamir/Kiran ji spoke about intolerance? Did they expose any drug/mafia racket? Did any of the BJP leaders ask them to leave India at the time? What is the irrational comparison? #ShameOnSanjayRaut https://t.co/yaPbh41jwB

Kangana slammed the reporter by saying ‘SSR death would have been about him, had had he not predicted his own murder by movie mafia, also you tell me how Mumbai changed so much in few months that @CPMumbaiPolice has become a troll, rather than assuring me full safety politicians threatening me. ‘

A reporter had tweeted saying, ‘the story of the tragic death of a bright and talented star should have been about him and him alone and not about Kangana or Karan. Secondly, what fails me is how can the land of Shivaji, the state which is India’s pride be compared to an area occupied by an enemy country?’

Kangana also replied to the reporter’s tweet about actor Aamir Khan and his wife Kiran Rao. Kangana wrote, ‘Rohini please tell me did a murder take place in the film industry when Aamir/Kiran ji spoke about intolerance? Did they expose any drug/mafia racket? Did any of the BJP leaders ask them to leave India at that time? What is the irrational comparison?’

The reporter then stated about the consequences if either Aamir or Kiran had compared Mumbai to PoK during Fadnavi’s tenure as CM. Imagine the outrage, the Twitter boycott rends, the abuse, the TV debates, the threats, the FIRs that would have happened. Just imagine.’

Actress Renuka Shahane chastised Kangana for raising doubts & questioning her beloved city of Mumbai. It must be noted that Renuka Shahane is a vocal critic of PM Modi. Kangana was not in a mood to let this one go & have it back to the senior actress

Dear @renukash ji when did criticising the poor administration of a government became equal to the place being administered , I don’t believe you are that naive, were you also waiting like a blood thirsty vulture to pounce and get a piece of my meat ? Expected better from you

Rajdeep Sardesai who batted for Kangana too got a dose of her medicine. When Rajdeep nudged Kangana to go soft on Mumbai police, she reminded him about Palghar lynchings

Who do you think won? Kangana or the others? Please do drop a comment or DM us on Instagram/Twitter