Deepika Padukone’s name has been dragged into NCB’s probe in an alleged drug case. They are likely to summon Deepika.
By purvi b Tue, 22 Sep 2020 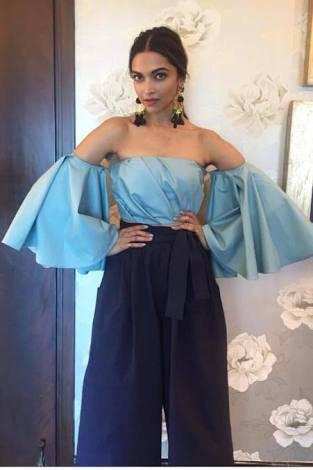 Deepika Padukone’s name has been dragged into NCB’s probe in an alleged drug case. They are likely to summon Deepika. Here is what Kangana has to say.

In the shocking turn of events, Deepika has now come under the radar of the ongoing Bollywood drug probe by NCB. A few WhatsApp chats from 2017 have been accessed wherein someone named ‘D’ can be seen allegedly asking for ‘maal’, ‘hash’ from a certain ‘K’. Earlier only the initials were reported from the chats, now reports confirm that ‘D’ in the chat is Deepika and ‘K’ is her manager Karishma.

Elaborated screenshots of Deepika’s alleged drug chats with Karishma and others were shared. It is also reported that Deepika is likely to be summoned by the NCB in this week for further interrogation in connection with these old WhatsApp chats.

Kangana, who has been slamming Bollywood, has strongly reacted to these alleged drug chats involving Deepika. She has trolled Deepika’s battle with depression, as she tweeted,

Repeat after me, depression is a consequence of drug abuse. So called high society rich star children who claim to be classy and have a good upbringing ask their manager ,” MAAL HAI KYA?” #boycottBollywoodDruggies #DeepikaPadukone https://t.co/o9OZ7dUsfG

Deepika is currently in Goa, gearing up to begin shooting for Shakun Batra directorial co-starring Ananya Pandey. The film is being produced by Karan Johar who is also in Goa with family.