Karan Johar along with kids Yash, Roohi and mother Hiroo Johar returned from Goa on Sunday. He was spotted at
By purvi b Tue, 29 Sep 2020 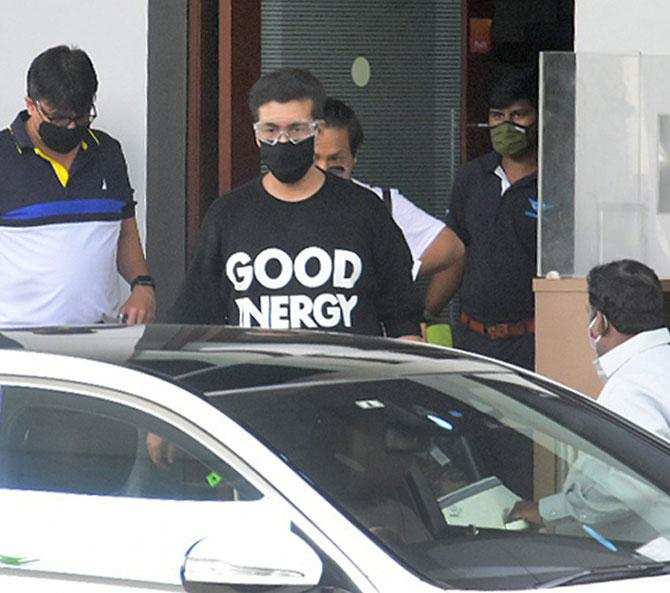 Karan Johar along with kids Yash, Roohi and mother Hiroo Johar returned from Goa on Sunday. He was spotted at the Kalina terminal of Mumbai airport. Kjo was spotted wearing a T-shirt, which had ‘good energy written on it’. He is not the one to forget his style quotient and make a statement about the prevailing situation. Sonu Sood with wife Sonali was also spotted at Mumbai airport.

On Friday, Kjo issued a statement debunking the media reports alleging that the narcotics were consumed at one of his house parties. In a lengthy statement, he said neither does he consume narcotics nor does he promote usage of any such substance.

Kjo’s statement came after an old video form a star-studded party at his residence resurfaced on social media. In a short clip, first posted by Karan on Instagram last year, actors Shahid Kapoor, Deepika Padukone, Ranbir, Varun, Arjun, Malaika, Vicky Kaushal among others can be seen partying together. It is being alleged that drugs were consumed by several personalities at this party.