Filmmaker Mahesh Bhatt who has been the centre of the ongoing controversy over the allegations of nepotism in the Bollywood industry has now resorted to paid promotions to boost his image.
By purvi b Thu, 27 Aug 2020 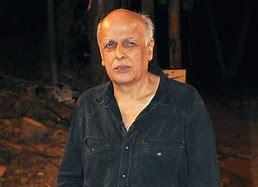 Filmmaker Mahesh Bhatt who has been the centre of the ongoing controversy over the allegations of nepotism in the Bollywood industry has now resorted to paid promotions to boost his image.

His image has taken a hit following the raging debate of nepotism in the industry after the death of Sushant Singh Rajput. Mahesh Bhatt was caught on social media after he allegedly planted paid articles that praised and credited him for the success of various Bollywood stars.

In a sponsored article published in the Hindustan Times tilted, ‘Mahesh Bhatt has given wings to many young dreams in Bollywood’, the writer has glorified Bhatt, claiming that the director and producer have spotted various talents and has given breaks to them. What should be noted is that the paid article came a day after the Supreme Court ordered a CBI probe into the death of the 34-year-old actor.

The paid article was perhaps planted by Bhatt himself, which hails him for encouraging and providing an opportunity to lots of young talents like Anupam Kher, Kunal Khemmu, Arijit Singh, Kumar Sanu, Sonai Bendre and others who went on to become accomplished artists in the future.

Mahesh Bhatt has always said in interviews that he feels blessed to discover new talents and watch them bloom. ‘In an era where more and more confident, young people are coming to Mumbai to chase their Bollywood dream, Bhatt’s efforts come as a whiff of fresh air in the merciless, cut-through environment’, read the sponsored article.

Bhatt credits himself for providing a platform to Anupam Kher in the movie ‘Saaransh’. The article also cites how Anupam Kher had once credited Bhatt for his success in the industry. Further, the article credits Mahesh Bhatt for finding talents like John Abraham, who was launched by Bhatt. The story goes on saying Mahesh saw a junior Sanjay Dutt in Abraham and called the actor personally to offer the lead role in the film.

The HT report, whose mission was to promote Bhatt and his latest movie ‘Sadak 2’, also claimed that Bhatt has good ears for great music and has offered the right platform to several singers, who shot to stardom. He claimed credit for even singer Kumar Sanu’s success.

Not just Kumar Sanu, Mahesh Bhatt also unearthed talent in the form of Arijit Singh. The article says that Bhatt was instrumental in spotting the singing prowess of Arijit Singh, who got his first big breakthrough in ‘Aashiqui 2’. The most bizarre claim made by the sponsored article is that Pakistani singer Rahat Fateh Ali Khan came into the spotlight only after he sang the song ‘Mann ki Lagan’ in Bhatt’s movie ‘Paap’.

The article pitched for Bhatt’s new movie ‘Sadak 2’ and said that his movies on their own have explored unchartered territories, which many filmmakers steer clear of. ‘His body of work has been loved by the audience and critics alike. They offered many established actors a new lease of life in their careers,’ read the HT article praising Mahesh Bhatt for introducing talented actors such as Sanjay Dutt, Juhi Chawla, Aamir Khan, Paresh Rawal and music composer duo Nadeem Shravan, who all owed their success to Bhatt.

The sudden and untimely demise of SSR has opened a can of worms and sparked a debate over nepotism in the film industry. Many celebrities have opened up on hoe the big and influential families in Bollywood have been propagating it over the years. And one of these names was Mahesh Bhatt, who was accused of deliberately sidelining talented actors and instead promoting his kids and other actors connected to the bigwigs of the industry. Many people blamed filmmakers like Karan Johar, Mahesh Bhatt for their favouritism in the industry, which according to a few resulted in the death of SSR.

Following the actor’s death, the veteran filmmaker was summoned for questioning by the Mumbai Police along with several other Bollywood directors and producers. Recently, the National Commission of Women has summoned Bhatt over his alleged with modelling firm, which is accused in a sexual abuse case.