Sara and Kartik Unfollowed Each Other

The story of Sara and Kartik begin when Sara said she has a crush on Kartik on ‘Koffee with Karan’.
By purvi b Fri, 14 Aug 2020 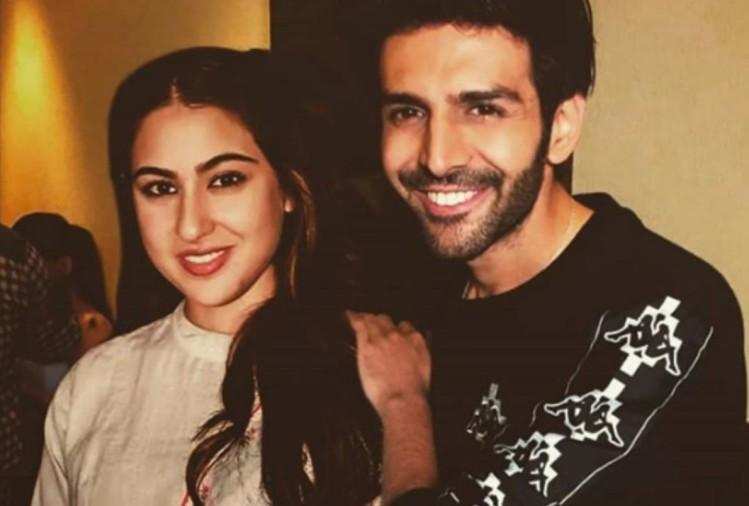 The story of Sara and Kartik begin when Sara said she has a crush on Kartik on ‘Koffee with Karan’. Since then they have always been in the headlines. After this we saw them together in ‘Love Aj Kal 2’, the movie wasn’t a success but people praised the couple a lot.

During the promotion of the movie, we could see a lot of love and chemistry between the actors. They were so into each other that we couldn’t take our eyes off the cute couple. There rumours about them, going on dates, Kartik picking Sara from the gym. All this was adding to the rumour about their relationship and it was making us believe that maybe they are a real couple. Even their PRs played a lot of stunts to keep them at the top so that they get some projects together again.

After a while, there were rumours that Sara and Kartik have broken up. It is said that Kartik was serious but Sara wasn’t. Kartik has a soft corner even after their breakup. After the shoot of their movie was over we saw both actors sharing pictures with captions of missing each other.

Recently, it was noticed that Sara and Kartik have unfollowed each other on Instagram. And Kartik has unliked all his likes on Sara’s profile. What’s cooking? Apart from the rumoured relationship they were amazing friends so what happened? Why have they unfollowed each other? Will we ever get to see them together again? Will they ever work together? Or is it their PRs again playing some stunts? Let’s wait for these questions to be answered.