While Taare Zameen Par has become a cult classic, will Aamir Khan's latest production - Secret Superstar starring Zaira Wasim manage to impress us? Is it as good as other Aamir Khan movies? Read our review to find out
By theopinionatedindian Sun, 22 Oct 2017 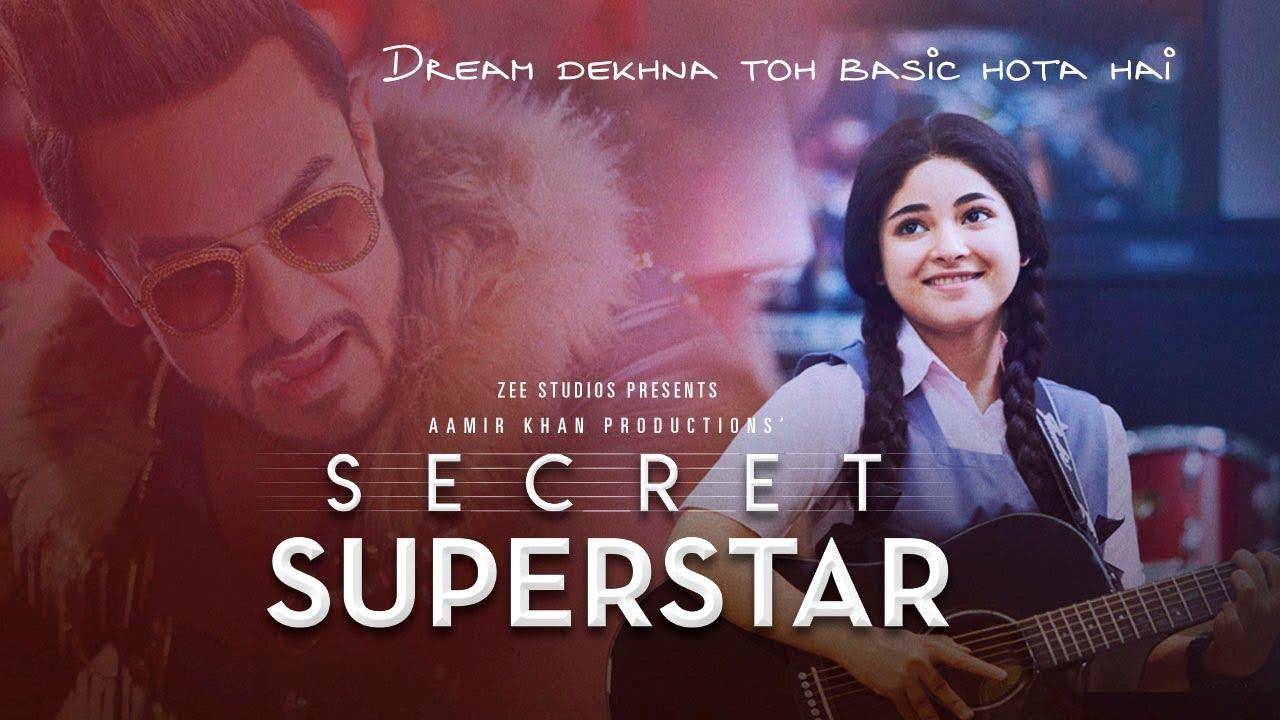 When a movie has Aamir Khan’s name associated with it, expectations are naturally sky high. Post wowing one & all with Taare Zameen Par, Aamir’s latest movie deals with teenage ambitions & realizing your dreams by overcoming all obstacles. While the trailer depicted that the movie is about a talented muslim teen who has to put up with an abusive father & her journey towards becoming a singing superstar we were excited to watch how well Zaira Wasim’s movie turns out.
The movie is set in Vadodra. The story revolves around Zaira Wasim(Insiya) who closely follows singing competitions & award shows with the hopes of making it big herself. She has a supportive mother Najma(Meher Vij), a loving brother Guddu(Kabir Sajid), abusive father Farookh(Raj Arjun) & a granny(Farrukh Jaffer). She also has a classmate – Chintan Parekh(Tirth Sharma) who is totally smitten by her. While she has a voice & talent which is one in a million, her conservative father plays deal breaker. The movie captures the innocence of youth, small town lives, dreams, ambitions very well. The story builds up gradually. There are no songs to disrupt the flow of the movie. Some scenes provide a satirical look at singing competitions, musicians & tuition classes. The scenes involving Insiya & Chintan will put a smile on your face.

Zaira Wasim as the protagonist is top notch. You will find it difficult to believe that it is just her second film. Meher Vij as Najma is good. The scenes involving the mother-daughter duo are very well written. You will cringe at the sight of Raj Arjun(Farrukh) in the movie. Due credit must be given to him for a fine performance. The one scene involving domestic violence will make you hate Farrukh & pity those who have been victims of domestic violence. Chintan is the most lovable character in the film. His selfless devotion towards his sweetheart will make a lot of women & men think about their puppy loves. The screenplay is excellent. The writers need to be lauded for coming up with such a tight script. It is a movie which can be enjoyed by people across age groups. Advait Chandan does a fantastic job in what probably is his debut film as a director.
Last but not the least, Aamir Khan must be thanked for giving us another terrific film. One can’t help but admire him for taking a backseat & let others shine. Despite being in limited scenes in the movie, he is a complete scene stealer. His act of an air headed music composer-singer which seems to be a caricature of several artistes will make you guffaw with laughter at times. His mannerisms are too funny & are to be seen to be believed. The only drawback is that barring 1 or 2 songs the music is not what would one would expect from a movie which has music at its core.
We would advise everyone to watch this movie in a theatre near you in the next available show along with their entire family. DO NOT MISS THIS ONE