Should Padmavati Be Banned?

Will you watch Padmavati in theatres or do you think it should be banned? Read our article to find out our views on this burning topic
By theopinionatedindian Sat, 18 Nov 2017 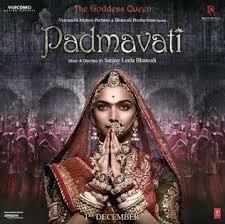 Queen Padmavati gave up her life in order to escape the tyranny of a cruel ruler. The irony of the present controversy revolving around a movie based on the Queen’s life, is that the self proclaimed protectors of her legacy – Karni Sena are threatening violence against a woman for not paying heed to their diktats. So much for Rajput pride! What people who are opposing the movie for the sake of Rajput pride have forgotten is that, Rani Padmavati’s husband was not killed by Alauddin Khilji, but by another Rajput – Devpal.
Deepika Padukone & Ranveer Singh’s upcoming movie is based on the life of Rani Padmavati(read the review on trendook.com) – the erstwhile queen of Chittorgarh, who gave up her life by committing “Jauhar” – the act of jumping in fire in order to escape the lustful advances of Alauddin Khilji – A muslim conqueror of the 12th & 13th century India. The members of Karni Sena & other fringe right wing groups are agitated over rumors that Sanjay Leela Bhansali – a hugely successful director, known for his magnum opuses has added a lovemaking scene between Alauddin Khilji & Rani Padmavati. It was apparently a fantasy sequence, where the lustful King fantasizes about Rani Padmavati.

The director or actors are yet to confirm about the presence of such a scene in the movie. Thus has added to the confusion & chaos. Even BJP – the incumbent party at the centre has taken a stand against the movie. The CBFC (censor board) has refused to review it on the basis of technical reasons. This may end up delaying the movie’s release.

While one can understand the anger & frustration of a segment of people against the visualization of the life of a historical figure post viewing the movie, I can’t fathom the logic behind attacking a movie & calling for its ban before even viewing it!

While Hollywood film makers never shy away from making movies/documentaries on controversial topics or leaders, Indian film makers never seem to enjoy that kind of freedom. Not only do they have to contend with the whims & fancies of the censor board, they also have to keep the other self styled “censor boards”, which consist of political parties, right wing groups & families of historical figures. Movie making is a creative medium. We can’t expect a film maker to make a good movie, till he is not given enough freedom to bring his vision to life.
Several movies in the emergency era based on the life of Indira Gandhi were banned, noted amongst them was Aandhi. In the year 2008, the makers of the movie Singh is King had to take “permission” from Akal Takht – the biggest seat of power of the Sikh community, post giving the Takht members a preview screening. A movie based on the Bombay riots of 1992 titled “Bombay” ran into trouble, post the Shiv Sena threatening to burn cinemas screening it. The movie released only post getting Shiv Sena supremo Bal Thackeray’s approval. The Shiv Sena had threatened to burn theatres showing My Name Is Khan starring Shahrukh Khan as well, but a truce was worked out.

More recently, Madhur Bhandarkar was under fire from Congress workers, for making a movie on the emergency era, portraying the Gandhi family in poor light. The church has time & again objected to the portrayal of christian priests in movies.
The logic given by right wing groups to mobilize support is “Would Sanjay Leela Bhansali or Deepika make a movie on “Virgin” Mary or Prophet Muhammad – who married an under aged girl?” This whole argument reeks of stupidity. My question to all Karni Sena supporters is simple – “Do you want our religion to be as hated or reviled as Islam?” The followers of Islam kill anyone who dares mention as much as a word against Allah or Prophet Muhammad. Salman Rushdie travels with high level security till date, thanks to his take on Islam in his book – Satanic Verses. There have been several instances of muslims being hanged to death or killed by the government of Pakistan under their blasphemy laws. Muslim countries the world over offer no freedom whatsoever for people to question Prophet Muhammad or Allah. The Charlie Hebdo incident is still fresh in people’s memories. It is left to a few soldiers like Tarek Fatah to wage a battle against Islamic extremism.

Like a stand up comic recently pointed out, the entire debate in a nutshell looks like this
Father to Kid 1: You have failed in Maths, work harder & score better next time
Kid1: Why are you scolding me? Kid 2’s parents never scold him, despite him failing in all subjects!