Kartik Aryan has a self-deprecating sense of humour which is a big hit among his followers. The actor has given
By purvi b Mon, 22 Feb 2021 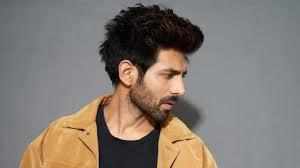 Kartik Aryan has a self-deprecating sense of humour which is a big hit among his followers. The actor has given another example of his wit as he posted about the recent volley of release dates announced by movie production houses. Kartik has a bunch of films in the making but is a bit bewildered that none of the release dates of his films have been announced.

On Friday, the release dates of at least six much-awaited films were unveiled, including Luv Ranjan’s film starring Ranbir Kapoor and Shraddha Kapoor, Bellbottom, ’83, Atrangi Re, Jhund and Chandigarh Kare Aashiqui. Also the release date of Shershaah was announced on Saturday.

Kartik’s question is valid, given the number of projects he has in the pipeline. The actor has Dostana 2, Bhool Bhulaiyya 2 and Dhamaka in his kitty. He will also be doing an action film directed by Om Raut.

So are you waiting for Kartik’s films??
Follow Us On