The Haunting Of Hill House(Netflix) Review

The Haunting Of Hill House is Netflix's first show in the horror genre. Is it spooky or do the scary scenes make you laugh? Read our review to find out!
By theopinionatedindian Sun, 4 Nov 2018 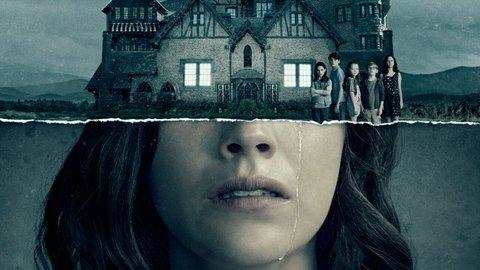 The Haunting Of Hill House is Netflix‘s present to the fans of the horror genre on the eve of Halloween. Did it manage to spook us? Read our review to find out!

They then sell the houses for a neat profit. In the summer of 1992, the Crains along with their kids move into the Hill House, which they intend to sell for a huge profit. What they hoped would take only a few weeks, takes several days as several repairs crop up. They are forced to extend their stay. But their stay is not a pleasant one, as the family experiences spooky incidents at night. While the kids keep complaining to their parents about the presence of a “bent neck lady” & “Tall man” in the house, the parents especially the father pay no heed. As the duration of their stay increases, the frequency of such incidents keeps increasing. The show keeps alternating between the present & the time the characters stayed in the Hill House in 1992. Early on in the series we are told that the mother dies in the Hill House & the family abandons her there.

In the present day, the eldest son Steve(Michiel Huisman) is a successful author, who has made millions in royalties thanks to his book on the Haunted Hill House. While he doesn’t believe that the house was haunted he fakes belief to sell his novel. One of his sisters – Shirley(Elizabeth Reaser) owns a mortuary & runs it with her husband Kevin. Their sister – Theo Crain(Kate Siegel) is a child psychologist & stays in Shirley’s guest house.
Their brother Luke is a recovering heroin addict & his twin Nell(Victoria Pedretti) is married to a sleep technician.

Every episode deals with the experiences with one of the characters in the series. It starts off with how they were affected with the happenings at Hill House in the summer of 1992 & how it still continues to impact them in some way or the other. Each character has his/her share of secrets. Shirley hates Steve for publishing about the incidents & profiteering from it. The kids are estranged from their father. The father insists he does that to protect them. Protect them from what? Why did he leave his wife at the haunted Hill House that summer in 1992? Did he have to go to jail? Will they have to go back to the house to get rid of what haunts them? You will have to watch all the 10 episodes to find out!

While Netflix has quite a few horror movies in its library, The Haunting Of Hill House is probably the first horror series produced by them. The storytelling is unique & so is the way the script unfolds. There are spooky scenes galore. The script has the Netflix stamp & keeps you glued to your TV screens. The acting by each & every character is superb. The way the creators connected the dots of what we felt were unrelated events blew us away. The casting is bang on. Michiel Huisman is the most known face on the show & he lives up to his potential. Carla Gugino who we last saw in Entourage as Vinnie Chase’s manager cum love interest, is good as the mother.

The show is probably one of the best written horror shows, we have seen.

Although it is a tight show, we did find our mind wander in between. But then again maybe that had to do with us bingeing on the show

The wife was scared to roam around in our house without the lights on for a few days after she saw this show. I guess there is no better compliment for a horror drama. The last few episodes are the best! Don’t watch this show with the lights off!