Vijay Sethupati Drops Out Of Telugu Film With Allu Arjun!!

Vijay Sethupati was acting in Telugu movie - Pushpa which is an Allu Arjun and Rashmika starrer. What made him drop out of the film suddenly?
By m Thu, 16 Jul 2020 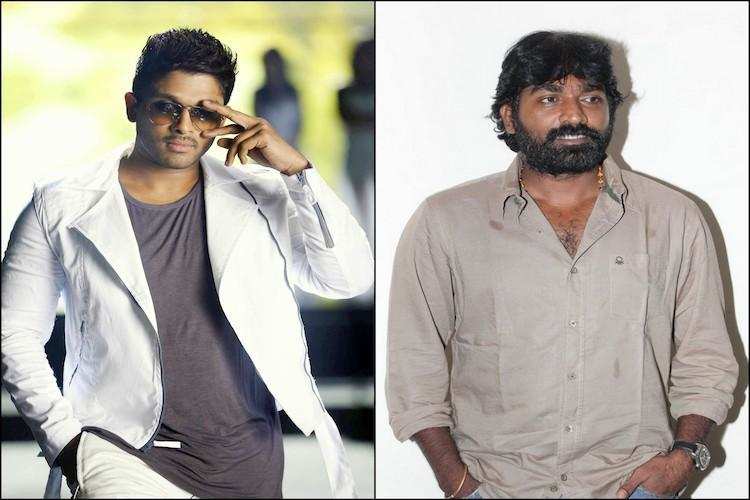 Vijay Sethupati was acting in telugu movie – Pushpa which is a Allu Arjun and Rashmika starrer. What made him drop out from the film suddenly?

Vijay Sethupati stands among the Kollywood’s best stars. He starred in films like Naanum Rowdy Dhaan, Petta, Sethupati. He made his Tollywood debut with the film Sye Raa Narasimha Reddy, in which he impressed Telugu audience with brilliant acting. Recently he signed up for playing antagonist role in the film Pushpa. This Allu Arjun starer could’ve been a big break for him in the Telugu industry. Also, Allu Arjun is already one of the biggest stars of Tollywood. He is known for his style and his acting skills. In addition to that, his recent movie, Ala Vaikhuntapuramulo was also a blockbuster. Allu Arjun’s fans seem to be looking forward to this new movie where he appears to be playing a different role which is more on the mass style. In the first poster, he totally pulls off the rough look and this has raised the expectations of people.

On the other hand, Vijay is starring in one of the much-awaited movies in Kollywood, Master. This movie is having Thalapathy Vijay and Malavika Mohanan as lead characters and Vijay Sethupati in the negative role. Speaking about Vijay Setbupati the lead actor stated that,

“Vijay Sethupathi has now become a person who cannot be avoided. We have seen many negative characters, but his role in ‘Master’ will be special. I asked him why he agreed to do the film and he shut me down by saying four words — I really like you”.`

Telugu audience who are looking forward to seeing Vijay Sethupati on tier screens in the movie, Pushpa was extremely disappointed to hear that Vijay dropped the Telugu film. Apparently, the dates were not convenient for him. Moreover, he might be busy with the film Master but is it the only reason why he gave up an amazing film which could’ve been a turning point for his career in Tollywood. Well, whatever the reason could be it is sad that the Telugu audience would not get to see him in the film Pushpa. Rashmika Mandanna is starring along with Allu Arjun which raised the expectation bar very high. Although Rashmika is not receiving hits from a lot of time, She got good hits films like Geetha Govindam which got her good fame. Fans are curious about how this movie turns out to be.