War has opened to record numbers, thanks to the star power of Hrithik & Tiger. But is the movie worth a watch? Read our review to find out!
By theopinionatedindian Fri, 4 Oct 2019 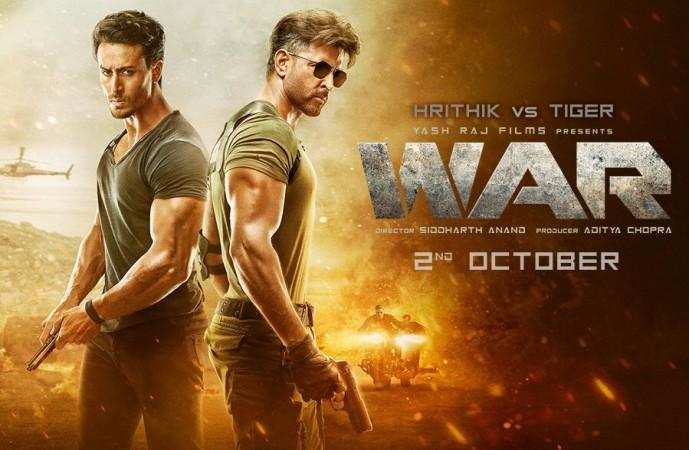 War has opened to record numbers, thanks to the star power of Hrithik & Tiger. But is the movie worth a watch? Read our review to find out!

Kabir(Hrithik) is a RAW agent who has turned rogue. Nobody knows why. Khalid(Tiger) has been tasked with finding Kabir & eliminating him. Khalid & several other agents, have been trained by Kabir. But Kabir & Khalid do share some history. Khalid’s mother(Soni Razdan) finds out that her husband – a RAW agent is betraying the country. She informs Kabir about it & he kills Khalid’s father. Khalid lives with ignominy of being a traitor’s son. He strives to prove himself as a patriot to Kabir & the rest of the world. We are then told about Ilyasi – a global terrorist, who has been elusive.

But is there more to Khalid than meets the eye? Why did Kabir go rogue? How does Ilyasi figure in all this? You will have to watch the movie to find out!

We were sceptical about Siddharth Anand’s direction before going in, but thankfully he has delivered. His direction is good. The script is tight & not as sketchy as some reviewers want us to believe. Vaani Kapoor has an extended cameo & adds to the glamour quotient. Ashutosh Rana is good in his role. Anupriya Goenka who plays RAW agent Aditi is decent. The music by Vishal-Shekhar is very good.

Tiger dances really well & is a natural in the action scenes. He flaunts his perfect physique & is good in intense scenes. But War is a Hrithik film all the way. Right from the scene where he gets off the chopper in slo-mo to his dance moves, to dialogue delivery, Hrithik is brilliant in every frame. Hrithik’s scenes drew the most number of whistles. He has proven that he can play even dark characters convincingly.

War is no Avengers or Mission Impossible or face-off, but is a very good movie nevertheless. The fight scenes between Hrithik & Tiger weren’t as good as we hoped.Tiger is not very convincing is some scenes. While both the stars boast of superb physiques, their fighting skills are not on par with hollywood films. The movie would have been more impactful had it been about a battle of equals. Sadly the movie has a senior-junior feel to it.

War is a brilliant film as per bollywood standards & sensibilities. The movie is very well made & is great fun to watch in the theatres. It is a complete entertainer & will be loved by action fans. We think it will do record business at the box office in the days to come! We suggest you watch it soon.