Why Priyanka Chopra Needs To Apologize

Priyanka Chopra was recently in the news for her show Quantico, where Indian nationalists were shown as being capable of conducting bombings only to defame Pakistan. We elaborate how this mistake can prove costly to India's image & why Priyanka Chopra needs to apologize.
By theopinionatedindian Sun, 10 Jun 2018 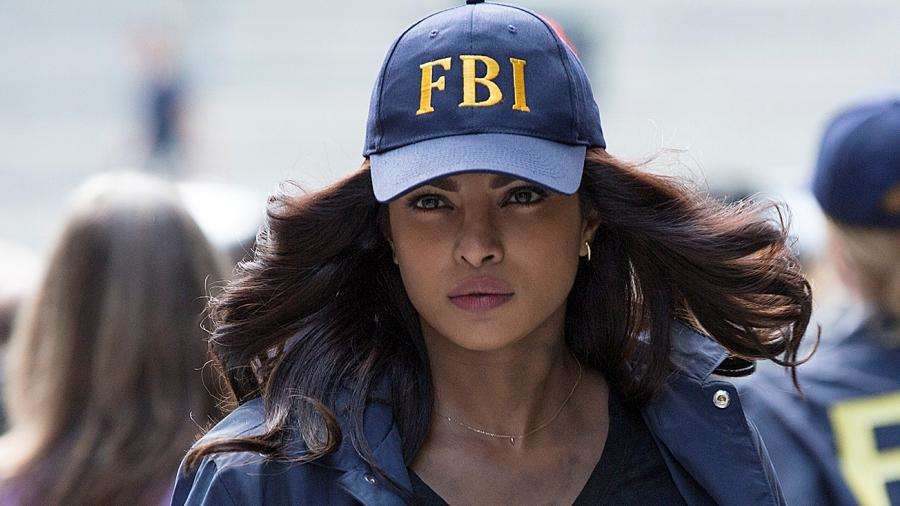 Priyanka Chopra was recently in the news for her show Quantico, where Indian nationalists wearing Rudraksh were shown capable of bombings to defame Pakistan. She followed it up by mentioning that Indian dance is all about hips & boobs at an event. We elaborate how these mistakes can prove costly to India’s image in the US & why Priyanka Chopra needs to apologize.

In the year 1984, Amrish Puri played Mola Ram – A priest who performs rituals on human sacrifices, indulges in child slavery & black magic in Indian Jones & The Temple Of Doom starring Harrison Ford. He is shown to feast on monkey brains, bugs etc. The movie was a blockbuster hit at the US box office. Harrison Ford who was already the biggest star thanks to the Star Wars franchise, further cemented his position. Director Steven Spielberg & producer George Lucas became the most powerful people in Hollywood. The biggest loser was India.

Unlike what a majority of Indians think, the average American is not as well read vis-a’-vis his European counterparts. A lot of their information is gleaned from their TV shows & movies.

Most of America doesn’t read the news, but relies on late night talk show hosts to get their daily dose of news from across the globe. Thanks to Amrish Puri’s portrayal American teachers though it was normal to think of Indians as monkey brain eating, black magic practicing, bug eating people. You can imagine how the average Indian was described by American teachers to their students. For decades Indians in the US, were asked whether they cooked monkey brains or indulged in black magic. The irony that a majority of Indians were vegetarian was totally lost on these ignorant Americans. This led to several protests by the Indian community. But the damage had already been done. A perception was built & that perception stayed till the mid 2000’s when a lot of Indians had migrated to the US owing to the IT boom.

Cut to the year 2018, Priyanka Chopra – India’s first truly global star has portrayed Indians as rudraksha wearing nationalists capable of indulging in terrorist activities just to defame Pakistan. The scene is part of the hit American show – Quantico. The show is telecasted to millions across the globe. Now you can imagine the damage to India’s image across the globe. The show’s creators have mentioned that they had committed to not show any muslim as a terrorist. So they conveniently portrayed Indians as the perpetrators of heinous crimes, so as to not upset their muslim audience! Instead of showing a mirror to muslims,

they have portrayed a country which itself is a victim of terrorism as perpetrators of the crime. The biggest travesty is that the show’s protagonist is played an Indian, who has had a hugely successful career back home. She could have easily put her foot down & forced the writers to change the story arc. But she didn’t. She could have walked off the show & starred in umpteen Bollywood films instead, but she didn’t. This has rightly led to an outrage on social media. But Ms Chopra is yet to apologize.

India has been one of the biggest victims of terrorism. For years Indian diplomats have been crying hoarse about their neighbour Pakistan sponsoring terrorism & using it to cause huge losses to India. Now imagine an American city being the victim of terrorist bombings & the FBI’s investigations pointing towards the plot being hatched in Pakistan. It goes without saying that the average american will blame Indian nationalists for bombing their country to defame Pakistan!

Priyanka Chopra followed this act, by telling an event host that dancing in Bollywood songs is all about hips & boobs. This has again led to an outrage on social media. Several people are questioning as to why such a hue & cry is being raised over such a small issue. Now imagine Priyanka being asked about what it is to be an Indian women & she would have replied “Indian women are only about cooking food & delivering male babies”. How does that sound to you?

We have no doubt that Priyanka’s recent antics have really hurt India’s image abroad. She does nee to apologize to Indians & to never repeat these mistakes. Barring which we as responsible Indians need to boycott her!