Seems Mukesh Ambani is the most productive Indian. Jio has now released Jio Glass. Read our article by Asvitha to
By asvitha s Sat, 18 Jul 2020 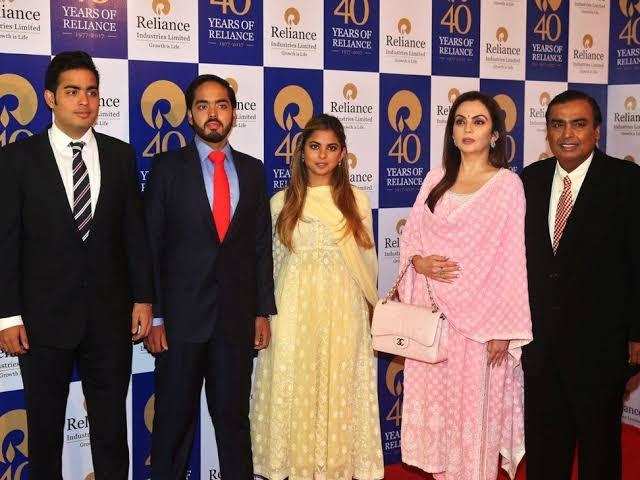 Seems Mukesh Ambani is the most productive Indian. Jio has now released Jio Glass. Read our article by Asvitha to know more.

Jio Glass news is the new joke and content for meme creators. Mukesh Ambani, in a recent presentation had put up a slide which reads Jio is truly blessed to have partners like Google, Microsoft, and Facebook. We can sense too much flattery right there?

#JioGlass this is where #ril took inspiration to create jio glass design?

People stress too much of nepotism and extravagancy inside cinema but what about it outside? Mr. Ambani can spend thousands of crores for his intelligent children.

It is a nice idea that Jio wants to venture disruptive technology and all that. But it has to start from a basic level. However, Mr. Ambani and his lovely children think that they are best brains imported from Silicon Valley and the rest of the Indians are douche bags.

Be it Amazon, Intel, Google, Tesla or Walmart, they have grown from the scratch. And, that is why, they are so powerful. It took them years and years of experience to strengthen and reinforce their foundations in the best possible way. That is the reason, they are the leaders in their sector. Yet, Jio is overconfident of what it is. It wants to exploit every technology in a 6-month lockdown. But where are the fundamentals? Where is the vision? What is the growth plan?

Jio Platforms have released a string of apps for download- JioBrowser, JioGames, JioCalls, JioSecurity, JioCloud, etc. Can Mr.Ambani elaborate on basics of cloud and his views on it? Moreover, it was only before lockdown he was focusing on expanding JioMart by buying local departmental stores. Now, post lockdown he wants to try his hands on technology. And this man has money to do all of it.

These are just a unabashed copies of existing apps and interfaces. Already, these have got many downloads. Also, some people say the mimic is Jio’s digital marketing strategy. That’s  even worse. Reinventing the wheel is good but baseless copied would serve no one. Besides, the company lacks talent pool. Nevertheless, he can buy them easily. After all, he is the 7th richest man.

The problem is the example he is setting up. Indian companies already face complained about being aggressive and profit-minded. That is the very reason our technology is still creeping at a sloth rate.

If Jio and Ambani’s family think they can sell their technology by branding and back up from leaders, there is a big pitfall waiting ahead to surprise them!