In the year 2014, Narendra Modi – the reformer CM & famed for his Gujarat model of development of Gujarat
By theopinionatedindian Thu, 6 Jul 2017 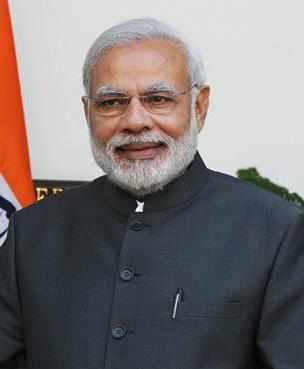 In the year 2014, Narendra Modi – the reformer CM & famed for his Gujarat model of development of Gujarat was handed the mandate to govern the country till 2019. He was tasked with pulling the country out of stagflation, policy paralysis & corruption – terms synonymous with UPA2 administration. He vowed to make an India, for whose visa Americans will queue up for, double farmer income, give a befitting reply to terrorists, better India’s ease of doing business ranking & make India a prosperous nation. He promised “Acche Din”


The first year of Modi regime did not bring about the drastic change, that the government was expected to achieve. He probably did not expect the opposition to make life difficult by blocking each & every bill his government tried to pass. Apart from mining bill & Insurance bill, few bills were passed by the parliament. The opposition united to block the Land Bill from passing. The first two years were marked by huge announcements – Make In India, Swachh Bharat, Jan Dhan, Skill India etc. Out of these Jan Dhan got a very positive response from the public. But, the most prominent reform – GST continued to be blocked by the opposition. He also ensured that lazy bureaucrats who had a reputation for being laidback were forced to report to work on time, due to biometric attendance system introduced by PM Modi. Strict deadlines were given to all bureaucrats, by which work assigned to them had to be completed Meanwhile, BJP lost key elections in Delhi & Bihar. The astute politician that PM Modi is, he knew that he needed to act quick & out think the opposition. As he set the stage for GST to be passed in both the houses of parliament, he conducted to surgical strikes – one on Pakistan & the other on black money. Just when people were mocking Modi’s 56 inch chest remark, post several terrorist attacks, the army entered Pakistan territory to eliminate terrorist camps. Indians were overjoyed & the opposition was befuddled. Some lousy politicians went on question about the authenticity

of the reports & demanded proof from the army. This made them less likable & further established Modi as a someone who wont take things lying down. Just when his approval ratings were at an all time high, PM Modi took a huge gamble by “demonetizing” 86% of the country’s currency in circulation. By doing this, he fulfilled his promise of cracking down on black money & corruption. The move received mixed reactions. This forced India to move towards cashless or digital form of payments. One can’t help but admire PM Modi for taking such a huge gamble just before the crucial UP elections, which were just a few months away. This goes to prove that Modi doesn’t fear losing power due to his reform measures. The voters in UP rewarded PM Modi for his hard work by giving him a landslide victory. UP once a part of BIMARU states is now slowly on the road to recovery under CM Yogi Adityanath. As we write this article India is a military stand off with China over the Sikkim – unimaginable till Manmohan Singh was our PM. The country is now growing at around 7.1% (6% under UPA2). India is now being hailed for being the fastest growing major economy. Reforms are being rolled out a feverish pace. Sushma Swaraj, Suresh Prabhu, Nitin Gadkari, Piyush Goyal etc are all doing exemplary work in their departments. Each outdoing the other. Although opposition supporters are swift in down playing Modi’s achievements when it comes to job creation or economic growth vis-a-vis Manmohan Singh, one cant ignore the fact that global growth has slowed down drastically. Besides PM Manmohan Singh left the economy in a very bad shape. The country was growing at 4.5% in 2013-14.


It is now a foregone conclusion that BJP will win the general elections in 2019, a fact even hardcore Congress supporters will grudgingly concede. Even in the unlikely instance of PM Modi losing the elections in 2024, he will be remembered for centuries to come, for his exemplary work & the development that happened under his regime. He is most likely to be the best PM India has or will ever have.

But as we wax eloquent about Modi’s achievements, we cannot afford to ignore PM Modi’s shortcomings. Since the first few months of PM Modi being sworn in, hindu fundamentalists have been tarnishing India’s secular image. PM Modi too is guilty of indulging them, by taking little or no action against them. The government was stupid enough to ban beef in several states. Firstly, to impose your religious beliefs on the entire nation is fascism & secondly not imposing it in Christian dominated states in the north east & Goa stinks of vote bank politics. Why should the state decide my diet? What next? Ban all sorts of meat in Gujarat, AP, Tamil Nadu & Karnataka, because majority of the population in these states is perceived to be vegetarian? By enforcing such laws India is now being compared to intolerant countries like Saudi Arabia. Many hindu outfits are hailing the move & the move has received positive response from several quarters. The muslims in the country are being lynched on charges of cow slaughter by self righteous gau-rakshaks. Such incidents are highlighted by the western media & are damaging India’s image abroad. Surprisingly most of these incidents happen in UP – which was SP rule, but is now a saffron state. Till last year, Sanghis kept blaming the SP government for the situation in UP, but post the election victory in UP, BJP can’t blame SP anymore. CM Yogi Adityanath must ensure that the minorities are safe. PM Modi must make it his priority to stop such incidents. Just giving lip service won’t do!

PM Modi has the choice to either cleanse his image by taking immediate corrective action or tarnish his legacy as a leader who put India on the fast track of economic development, but who failed in maintaining the secular fabric of the nation.