People call it the golden age of tennis. Not just because, tennis is being played at the highest level ever,
By theopinionatedindian Mon, 22 May 2017

People call it the golden age of tennis. Not just because, tennis is being played at the highest level ever, but because of the intense competition between Roger Federer, Rafael Nadal, Novak Djokovic & Andy Murray. Nobody can predict who’s year its going to be. Roger Federer dominated for a quite years & annihilated his opposition to rack up 12 grand slam victories, but the journey from 12th to 18th grand slam has been a difficult one, thanks in particular to Rafael Nadal. Roger Federer might do down as one of the greatest ever, not for his number of grand slam victories – records are meant to be broken after all, but because the legends he had to defeat to win those titles.

But, not everyone has to struggle as much as Roger Federer to retain their crown. Some struggle initially to reach the pinnacle of success & then manage to torpedo the opposition into oblivion. One such person is PM. Narendra Modi. 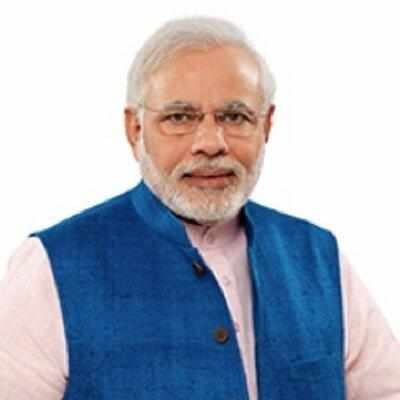 The fact that he walked away from his marriage & family to devote his life to this country is part of folklore. Hailed as one of the best CM’s in the country, what astonishes us is that he never held public office, before being made the CM of Gujarat. Ironically it was LK Advani, the very man who was overlooked by his party, in favor Modi as the PM candidate during the general elections of 2014. If stories are to be believed, Modi is not someone who forgets an insult. L.K Advani & Modi apparently were travelling in a car with two more people, when they happened to spot Mr Govindacharya walking. L.K Advani promptly asked then ordinary RSS worker Mr.Modi to get out of the car & walk to the venue so that Govincharya could be accomodated in the car. Truth be told, had L.K Advani been nominated as the PM candidate by the BJP, they would have lost & the country would have had to suffer another 5 years of gross mismanagement under the UPA & other secular cum corrupt parties.

Modi promised to cleanse India of corruption, strengthen the economy, bring back black money & reduce poverty. After three years, since Modi was given the mandate to govern the country, even PM Modi’s harshest critics will secretly admit, that Modi has left no stone unturned to achieve these goals. Jan Dhan, Swach Bharat, Make in India, surgical strikes, cashless economy & even the much discussed Demonetization are hugely popular moves. Despite changing the base year, the Modi government must be given the credit for getting the economy back on track. The economy is expected to get significantly better post introduction of GST.

Post the UP elections, it is a foregone conclusion that Mr. Modi will be given the mandate to govern India for another 5 years. But this article is not about glorifying Modi, it is in fact about the perilious situation of India having no strong opposition leader to stand up to Modi. All the leaders in the opposition across the country, have been badly wounded by the Modi wave. For a democracy to function at its optimum capacity, it is imperative to have a strong opposition. This helps keeps, the ruling party in check, barring which the ruling party gets a free hand to do as they please. In no way are we doubting PM Modi or his government’s intentions, truth be told BJP comes across as pious as Mother Theresa when pitted against the RJD’s or the SP’s of the country.

If sources are to be believed even the combined might of all the opposition parties won’t pose much of a threat to BJP in the 2019 general elections. A nationwide alliance of opposition parties might be the answer, but seems highly unlikely. Imagine Shiv Sena-MIM, TMC-CPI(M), SP-BSP being in the same room! RJD-JD alliance has developed cracks & it remains to be seen how long the alliance will last. Rumors suggest JD might ally with the BJP in the next Bihar state elections.

Is it plain luck, hard work, political manipulation, aura of Narendra Modi or all of these factors combined is something which few can answer. But, he is in a position many would love to be in. Only Jawaharlal Nehru & Indira Gandhi have had the distinction of dominating the political scenario, like Modi.  History tells us, that there are very few leaders who have had the luxury of not having much of an opposition to contend with. The way things stand today, all that the BJP needs to do is to continue the good work it has done till now & not give the opposition a chance to bring it down.