Was Demonetization Really A Failure?

Media entities across the country went on a rampage criticizing demonetization as soon as it was announced in November last
By theopinionatedindian Tue, 5 Sep 2017 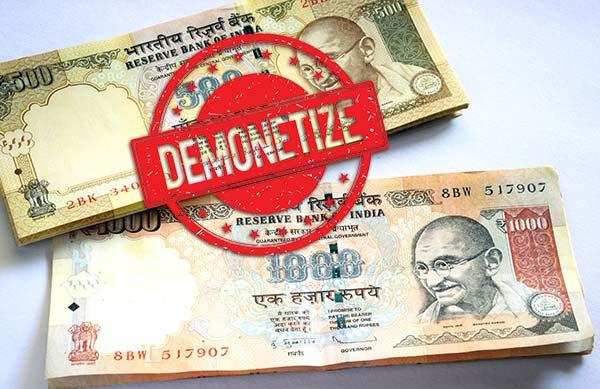 Media entities across the country went on a rampage criticizing demonetization as soon as it was announced in November last year. But the debate died down post the stunning landslide win of the BJP in the UP state elections.
Post the latest GDP data which revealed that the growth had fallen to 5.7% in the previous quarter, reams of newsprint has been devoted to analyzing the ill effects of demonetization. Economists the world over are calling demonetization a colossal failure. Ex RBI Governor Raghuram Rajan was kind enough to laud the government for its intentions, but criticized the move for the costs incurred.
Which makes us wonder, are there no benefits whatsoever? How can one say demonetization was a failure, when it was a move which was aimed at long term benefits. Is one year enough to judge?

Behavioral Change:
To say that India is a country of tax evaders is an understatement. Barely 2.7% of the population pays income tax. While the salaried class has no option but to pay income tax, the rest of the population which consists of small businessmen, retailers, traders etc conveniently evades taxes. Several companies were known to pay annual bonuses in cash to their employees to help them evade taxes. Unaccounted cash used to be stashed in home or office lockers or under the bed for ages. A Hindi Superstar was known to deal only in cash & regularly evade taxes. This cash in no way helped in growing the economy. This has changed post demonetization.
Demonetization has led to a level playing field among the salaried class & entrepreneurs. Gone are the days when businessmen would mock the salaried class for paying income taxes. Demonetization combined with making Aadhar & PAN details compulsory for all transactions will usher a cleaner, black money free India.
Post demonetization one cannot just stash their cash & forget about it. There is fear among the people that their cash may get demonetized or taken away by the authorities. This has led to significant surge in the tax base of the country by a staggering 9.1 million people. This will boost the tax collections of the government for years to come. The money can then be used for infrastructure & welfare projects. Indians will be forced to deposit their cash in banks or invest it in other assets. This was proved by the drastic increase in the money deposited in Jan Dhan accounts, which were earlier lying empty. This will lead to faster GDP growth in the coming years.


Corruption:
Corruption is rampant in India. Although no step conceivable can totally eradicate corruption in the country, demonetization is a step in the right direction. Just imagine, when your politician or police inspectors or government servants cannot invest their ill gotten cash into real estate or gold or let it lie in their lockers, what will they do with it? Post pressurizing Swiss banks to reveal black money details, a major avenue tor stashing black money too is gone. Now that all the black money has been accounted for, making Aadhar & PAN details mandatory is a masterstroke. With such strong mechanisms in place the corrupt can’t escape from the long hands of the law for too long.
Thanks to demonetization & India subsequently embracing digital currency in a big way, citizens now prefer to pay their fines through digital modes of payment.

Cash Printing Charges:
One cannot ignore the fact that reprinting of cash involved a huge cost to borne by the governemnt. The cost was actually borne by us, the tax paying populace of India. Economists including ex RBI governor keep reminding us of this fact time & again. But what people tend to overlook is that, PM Modi has indirectly told people that cash cannot be trusted. Cash printed today can cease to be legal tender 4 years from now. This has led to people relying less on cash & more on digital currency. Several payment wallet companies have started operations in the past few months alone. Lesser the dependence on cash, lesser will the government have to print new notes. With the Indian economy expected to touch $8 trillion in the next 20 years, imagine the amount of cash which will have had to be printed & the costs to be incurred. Isn’t it better to bear the cost now, when we are a $2.7 trillion economy? Demonetization has jump started the process of embracing digital currency.


We may not be noted economists, but have the common sense to realize that demonetization was the answer to several malaises plaguing the Indian economy. PM Modi needs to be lauded for taking this brave step at the cost of hurting his core votebank of traders – who dealt primarily in cash & dissuaded people from paying via digital means. This bitter pill had to be swallowed for the sake of the country’s future.