What If Modi Would Have Banned Muharram?

Mamata Bannerjee did not blink an eyelid before stopping hindus from durga idol immersion beyond 6PM.What if PM Modi would have imposed similar restrictions on Muharram?
By theopinionatedindian Thu, 21 Sep 2017 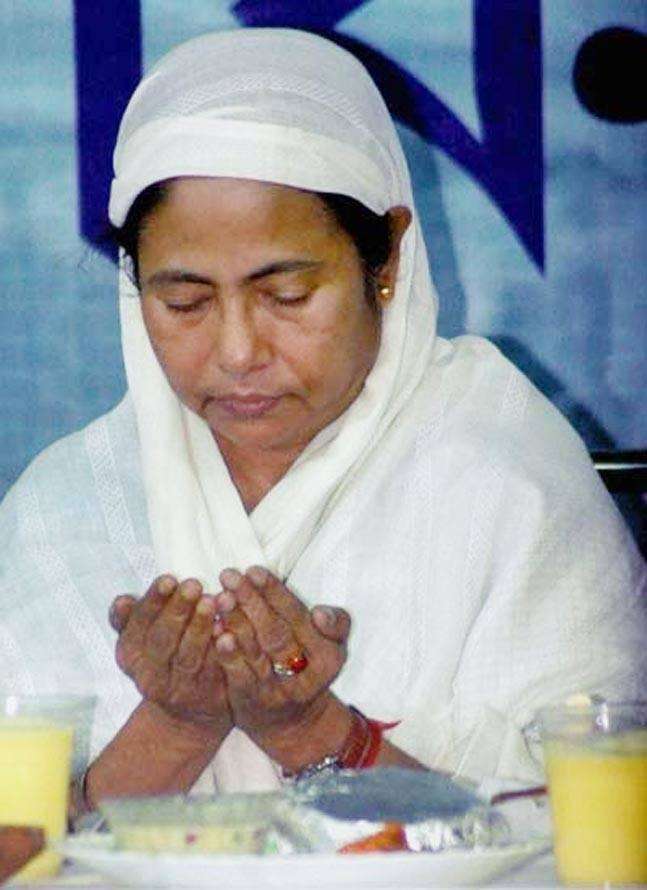 Being secular in my book is to respect the right of people from all religions. But if you go by eminent journos, mainstream media & some political parties, secularism stands for trampling on the religious rights of hindus for the sake of minorities.


The ban on Durga Puja idol immersion imposed by Mamata Bannerjee government on the people of Bengal is a glaring example of the same. The honorable Chief Minister of West Bengal, whose heart bleeds for the muslims in her state (the statistic that muslims make up to 30% of the population, I am sure has not crossed her innocent mind) was scared that simultaneous durga idol immersion & Muharram procession would lead to a law & order situation. In her haste to appease her muslim brethren, she asked hindus to get done with their festivities by 6PM.

This would give the cops enough time to prepare for Muharram processions the next day. If law & order is the issue, why couldn’t muslims be asked to delay their processions by a few hours? Any such step would invite a stern rebuke from the fanatic muslim votebank & comrades of CPI-M. Hindus on the other hand can be divided & managed as mainstream leftist media will report this on the 5th or 6th page. It won’t be the headline even on the 5th page!
Now imagine PM Modi banning Muharram processions beyond 6PM. There would be an outrage. Journos like Rajdeep Sardesai, Nikhil Wagle would be asking him to resign within an hour of him making the announcement & there would be protests on the streets of major cities by liberal Indians crying “intolerance”. Award Wapasi gang would be back on all TV channels giving interviews berating the government’s right wing policies.


Eventually it was the honorable HC of Calcutta, who came to the rescue of hindus & asked Mamata Bannerjee to withdraw the diktat on Durga idol immersions. The Durga pandals have now been allowed till 10PM. Hindus had to take legal recourse in order to have their religious rights reinstated in a state & country which has a Hindu majority. Such a scenario is unimaginable in a muslim or a christian dominated country. Mamata Bannerjee clearly does not have a conscience which stops them from taking anti hindu decisions. Mamata Bannerjee is following the footsteps of her previous party – Congress, which won elections for decades by shamelessly indulging in minority appeasement politics. What gets our goat is that this news is being reported as just another news item. There is no outrage. The hindus in Bengal continue to vote for Mamata Bannerjee’s TMC. The BJP on the other hand is branded communal for looking out for the rights of Hindus. Hindus maybe a majority in India, but is a minority if one were to look at the global context. Just like Jews have Israel, Hindus only have India – where hindus can expect their religion & rights to be protected. The government of West Bengal should stop the inflow of Bangaldeshis & Rohingya muslims as a strategy to develop a votebank. As the people of neighbouring Assam have shown, it doesn’t ensure victory. The Hindus in west Bengal on the other hand need to stand up for their rights or risk being reduced to staying as guests in their own country, where they will have to go the courts to enforce their basic religious rights.