Nehru & Gandhi When India gained Independence from the British in the year 1947, they had two choices – either
By theopinionatedindian Mon, 3 Jul 2017 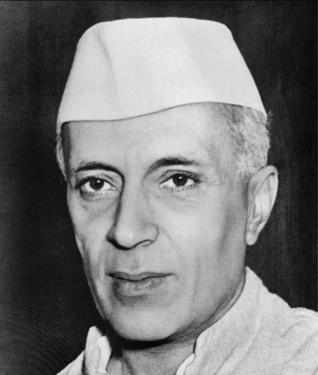 Nehru & Gandhi
When India gained Independence from the British in the year 1947, they had two choices – either join the Capitalist nations of the world headed by the US, or to side with communist clique headed by the then USSR. Although it refused to embrace any ideology completely, it did lean more towards socialist ideology. This ended up making us less capitalist & more communist. This was all thanks to the socialist ideology of Mahatma Gandhi & Jawaharlal Nehru – the first PM of the country. Freedom for India came at a steep price – a price which was paid by an entire generation of Indians. India was largely influenced by Mahatma Gandhi’s philosophies. The Mahatma believed in living a austere life devoid of any luxuries & exhorted his followers to do the same. His favorite pupil of course was Jawaharlal Nehru.That the party workers wanted Sardar Patel as the PM candidate is a topic for another day. But, PM Nehru imposed his socialist policies on the nation.


Indira Gandhi
The governments of Jawaharlal Nehru, Indira Gandhi & to an extent Rajiv Gandhi used to frown upon terms like profit, business growth & display of wealth in any form. Indira Gandhi went on to give away farm lands to farm laborers. Such populist moves generated a lot of god will for the Gandhi dynasty, but had far reaching implications for Indians. The Nehru-Gandhi dynasty also introduced strict labor laws, License Raj & permit raj. Whereby, any honest Indian who dreamt of setting up a business empire or become the next Rothschild or Rockefeller, had to go through a long bureaucratic process to get a “license” to set up or expand his business. The logic that starting or expanding the business would generate jobs & pull people out of poverty was totally lost on the Congress party. For a generation of Indians, a government job/farming/ small retail store were the only career options. Due to FDI not being allowed int he country, MNC’s could not invest in the country. This lead to an increase in crime, unemployment & disgruntlement amongst the Indian youth.
The only way for businessmen to grow their companies was to bribe a bevy of bureaucrats.The only people who prospered were politicians, gang lords, government servants or businessmen like Dhirubhai Ambani who managed to mould the system to his liking. One may look at Mr. Ambani with disgust, but my question to these people is simple, what was a man like Mr. Ambani supposed to do? Wait his entire life, for the government to change its policies? Or forget his dreams & let go of his ambitions? Mr. Ambani was not the exception, all Indians started to think that bribing officials to get their job done was a easy way out. As a result corruption grew & became a way of life for Indians. The honest bureaucrat or government servants lived in poverty whereas the corrupt ones enjoyed all the material pleasures that life could offer. All the brightest Indian minds then started migrating to the US or UK post completing their education. The career path of Indians was to do whatever it takes to settle abroad. “Nothing can happen here” was a common refrain of a majority of Indians. Every Indian hoped to land a job in US, UK or the middle east to escape the poverty of their motherland. There was no hope the country ever prospering & becoming a developed nation. Bridegrooms settled abroad were hot property in the marriage market. The ‘NRI’ tag was a much coveted one. The country relied a lot of foreign aid.

Asia
When countries like Thailand, China, Taiwan, Singapore, Hong Kong, Malaysia, Indonesia were allowing FDI into the country post realizing that socialist policies aren’t enough to get millions out of poverty, which ended up in setting up of manufacturing plants across these countries & accelerating the GDP growth rates of these countries, the governments of the day in India continued to snooze. India got dubbed as the sleeping elephants, while these countries got dubbed as the “tiger economies” of Asia. While Nehru-Gandhi dynasty kept stashing their ill gotten wealth in bank accounts abroad, the country remained poor. The only things India was known for was its rich history & spicy food. Till 1991, the year India opened up its economy, the GDP growth rate stayed in the 4% – 5% range. These growth rates were condescendingly called the Hindu rates of growth. The per capita income of all the aforementioned countries barring China & Singapore has risen to $13000. The per capita income of Singapore is $35000 & that of China is $6500. Whereas the per capita income of India currently stands at a measly $1600. Barring a few PSU’s there are barely any Indian companies in the Fortune 500 list.


It was only post opening up the economy in 1991 due to a repayment crisis, that the country started witnessing growth. Jobs were generated in the private sector, thus lessening the dependence on agriculture & allied services. The disposable income of Indians increased, they could finally dream of holidaying abroad, buy a car & an expensive house. The standard of living gradually improved. India’s $2 trillion economy is now the 7th largest economy in the world. But, there is still a lot of catching up to do. China’s economy now stands at approx. $13 trillion.
What befuddles us, is despite of being Cambridge educated & witnessing the benefits of Capitalism first hand, Nehru chose socialism over capitalism. Congress supporters will point out that, post independence Indians were vary of foreign companies setting shop & colonizing us again like it happened with East India Company. They will also tell you, that USSR & other communist nations were faking data to show high GDP growth rates. But, when the rest of the world which including Communist China realized that socialism as a model was failing & adapted to the new environment, then why couldn’t India? Couldn’t Indira, Rajiv Or Sanjay Gandhi see that socialism had failed in India? strong reforms needed to be undertaken! Indira Gandhi & Rajiv Gandhi both had landslide election victories. Both had control over both of the houses of parliament. So much could have been done! What were they waiting for? You can’t help but wonder that, they probably wanted to keep India poor & under their control. Millions of Indians thank Indira Gandhi for nationalizing banks & providing employment. But truth be told, had FDI been allowed in the country, millions of jobs would have been generated anyway. This would have stopped the brain drain completely, which would have had a ripple effect on the country’s economy.


Supporters of the lengthy socialist phase will argue, that being closed to the outside world allowed India to grow it’s own set of entrepreneurs in every field, which is unlike a lot of the other countries mentioned in this article. But then again, did we have to protect our industries for 44 years? Weren’t 20 years enough? Even going by the logic of supporting home grown entrepreneurs, why did they tie their hands by imposing license & permit raj? Why were the top echelons taxed 97% under Congress rule?
The Opinionated Indian strongly feels that since the Nehru-Gandhi dynasty has enjoyed the fruits of their labor in getting independence for the country from the British, they also need to own for their mistakes & apologize to the nation. It is their actions which adversely impacted millions of Indian lives, for which they are paying a price till date.