While many still complain about the after effects of demonetization & GST in terms of - lower growth, joblessness, tetthing issues etc, we analyze whether these moves will cost Modi dear in 2019
By theopinionatedindian Sun, 14 Jan 2018 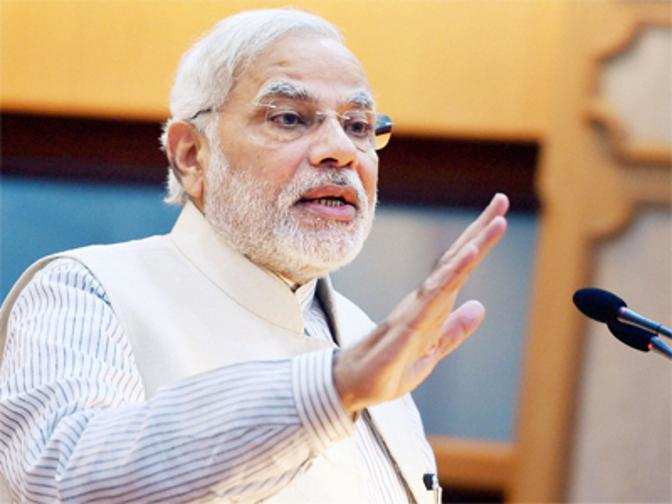 Many still believe that Modi launched demonetization & introduced GST without thorough planning. Modi haters are beaming with glee, thanks to the not so encouraging growth numbers of the first two quarters. The GDP growth rate for the year will be 6.5% (as per estimates). Modi’s detractors revel in the fact that the country grew at a much faster pace during MMS regime. Even some of Modi’s supporters wonder whether these moves will cost him dear in 2019 general elections. To answer that question we will have to first speak about two PM’s – MMS & Modi

MMS
While it is true that India did grow faster during UPA1. What people forget is that, the global economy was in much better shape back then. There was a lot of liquidity in the markets. Businesses were booming & incomes were rising at a fast clip. As renowned economist Ruchir Arora mentions in his book, Breakout Nations that the PM of India or other emerging economies deserve no special credit for the high growth witnessed in that phase. Several emerging economies like Brazil, South Africa, Russia etc which are now in doldrums, too witnessed high growth rates till 2009.
Post 2009 when the music stopped, the UPA government gave away huge loans to businesses despite them suffering huge losses. Even companies who had balooning deficits & huge liabilities like Kingfisher were given loans to stay afloat. The Modi government is still trying to clear the mess left by UPA, as most of the loans are now NPA’s. It was the steely resolve of PM Modi, which has led to businesses selling off their assets & paying off their loans.
The citizens of India have forgotten that the words India were largely associated till 2014 were stagflation, corruption, jobless growth, policy paralysis etc.

Modi
While it is true that the country hasn’t grown at the pace people had hoped for, one can’t ignore the radical change in the way the central government functions. Several bills with huge long term potential have been passed. FDI growth is excellent. While several other countries are facing a recession, India is a bright spot. Many global economists speak highly of India’s strong reform push & strong fundamentals. This explain the stock markets hitting record highs. Foreign investors are in awe of Modi’s reform push. Despite implementing growth stunting reforms India grew at a decent pace this year. India is the second fastest growing major economy for 2017-18.
While China’s growth is expected to slow down to 6.4%, India growth is expected to hover around 7.4%. The hangover of GST & demonetization will be completely gone by 2018 end.
Which brings back to our question – Was GST & Demonetization timed well?
Those who say nay are underestimating Modi’s intelligence. People tend to have a short memory. 26/11 despite being horrific, is now a forgotten incident & so is the economic crash of 2008. Modi is betting on the fact that his voters will support him once they experience the benefits. While as of today, there is some resentment, it will be totally vanquished by 2019, when all the money saved in octroi, infra projects, will bear fruit.
The economy is expected to grow at 7.5% on 2018-19. PM Modi is shrewd to not implement any big bang reforms in the next two years. Sops to please voters will be given instead. The voters of Gujarat are familiar with this pattern.
So, if you think, the Indian voter will punish him for GST, demonetization, jobless growth, his handling of the economy etc, you are sadly mistaken. We can see voters singing his paeans instead in 2019, when country goes to vote. PM Modi knows exactly what he is doing siree! I can bet on a huge victory for Modi. Any news article about Rahul Gandhi being a potential challenger is pure humbug