The Opinionated Indian caught up with Saswata Chatterjee on the eve of his upcoming show on ALTBalaji - Dhimaner Dinkaal. Read the entire interview here.
By theopinionatedindian Mon, 11 Dec 2017 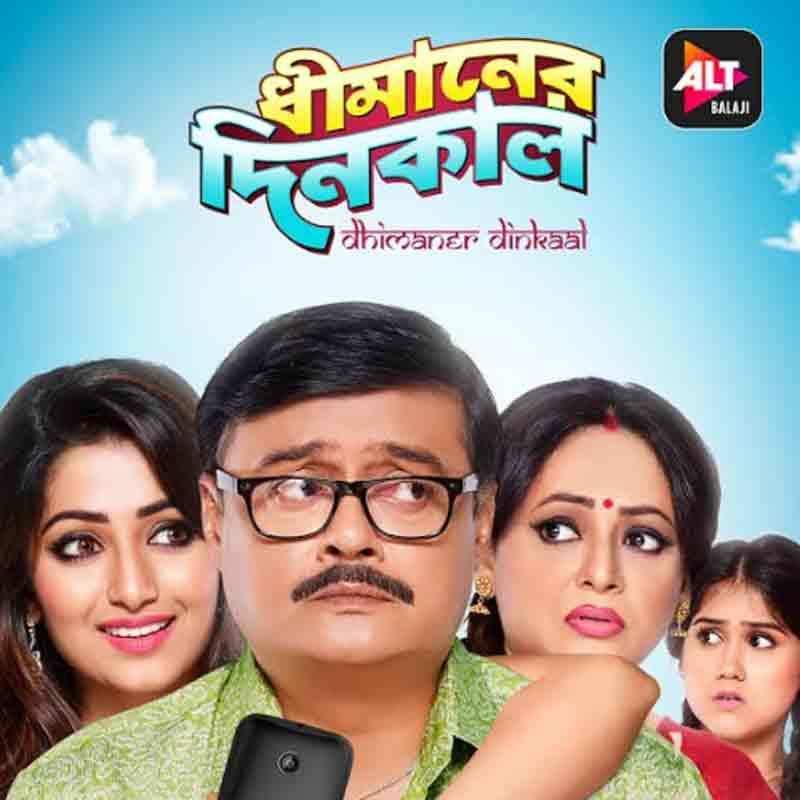 In the second interview of web series celebs, The Opinionated Indian interviews Saswata Chatterjee – the legendary actor of Bengali cinema & TV on the eve of his upcoming show on ALTBalaji – Dhimaner Dinkaal. You can hear the entire interview here https://www.youtube.com/edit?o=U&video_id=u-xeqsrsqGk

Below is the excerpt of the interview

OI: Firstly, Saswata Sir thank you for taking time out for this interview. We are honored to have such a celebrated actor of Bengali entertainment with us.
SC: I should thank you!

OI: You need no introduction as far as our Bengali listeners are concerned. The rest of India of course knows you as Bob Biswas of Kahaani!
SC:*laughs*

OI: So Saswata Da why don’t you start off by telling us about your acting debut?
SC: Acting debut? In theatre, TV or cinema?

OI: Which TV or movie do you think has been the most satisfying or your best work till date?
SC: Best as far as acting is concerned, I must say the most difficult role in my career was the character of Nilkantha Bagchi. It was a biopic on Ritwik Ghatak called Meghe Dhaka Tara.

OI: Yes. You received a lot of critical acclaim for that role.
SC: Yes. Right

OI:For almost two decades, you have done a variety of roles, so many characters & suddenly this character of Bob Biswas overshadowed your real identity. How did that feel?
SC: I didn’t expect that. I don’t think even Sujoy Ghosh expected that. Some things just happen. I think the portrayal of the character was very unique. We had decided that Bob Biswas character should a very normal, a mass character. But actually he is a criminal. You want to arrest him & put him behind bars.

OI: Right
SC: Real criminal is the one who doesn’t look like a criminal.

OI: Every time I see you in the movie saying Nomoshkaar, it used to send a chill down my spine. Brilliant acting by you Sir.

OI: Any incident on the sets of Kahaani which you would like to share with us?
SC: The project was my first hindi film & with Vidya Balan. Sujoy Ghosh actually is a very interesting person to work with. I actually shot for only five days.

OI: Oh! Is It?
SC: Yeah! It was a total duration of 9 mins & some secs. But overall it was very exciting for me.

OI: But post Kahaani we did not see you in Hindi Films. we were eagerly awaiting you to sign some Hindi films.
SC: After 4 years, I did Jagga Jasoos.

OI: Was it a conscious choice to stay away from Hindi cinema?
SC: Some projects didnt happen. Some projects, I didn’t like the script that were sent to me. i couldn’t go through the script. I would not like to mention them now (laughs).

OI: Tell us something about your upcoming web series on ALTBalaji – Dhimaner Dinkaal. How did that happen?
SC: Dhimaner Dinkaal is a very interesting project for me, because the concept is very unique. Dhimaan is more like Saswata Chatterjee.

OI: Yes. I have heard.
SC: *laughs* So Dhimaan doesn’t use a mobile. But his office structure is such that he should use the mobile & be available 24 hours net connected. Then what happens is what the story is all about.

OI: So that is very close to how you are in real life. I have been told you don’t even have a mobile phone.
SC: No. I don’t.

OI: Are you a method actor? How do you prepare for your role?
SC: I am a very responsive actor. The first day of the shoot I try to understand the role. I will be confused for the first couple of days, after that I try to get past that.

OI: Which shows are you watching currently? Be it on TV or a web series?
SC: I mainly love watching films.

OI: Any film you recently watched, which caught your attention?
SC: Yes. I recently saw a movie – Road To Perdition. Lovely movie. I am seeing it for the first time. Lovely movie.

OI: Tom Hanks?
SC: Yes. it is a gangster movie.

OI: Who is your favorite movie star currently? Name one from Hindi, one from Bengali & one from Hollywood.
SC: Hollywood it will be Tom Hanks. Especially in Road Perdition. My God! What a performance.He can even do a Russian character or even English. Hindi movies, my all time favorite star is Yousuf Saab – Dilip Kumar & of course Mr. Bachchan. Actually there are a lot of people.

OI: Could you meet Mr.Bachchan on the sets of Kahaani? he just sang the song, but wasn’t acting.
SC: No. I met Mr. Bachchan when I was very young in the year 1983. There was a match between Uttam Kumar XI Vs Dilip Kumar XI at Eden Gardens in Kolkata. My father was also a star, mr Bachchan was also a star. So he introduced me to Mr. Bachchan & I took his autograph. The last time I met him was at a special screening of a movie at South City Mall.

OI: How was it growing up as the son of a huge superstar?
SC: Pressure. There is always pressure. Better to ignore.

OI: Any. Bengali/Hindi?
SC: Bengali, I would love to work with Mr Sandip Ray. Always. in Hindi, I loved Anurag’s work. O loved Sujoy’s work. Different in their own way. I would also love to work with Anurag Kashyap.

OI: Saswata Da, tell us about your family.
SC: Family is my mother, my brother. My wife, my daughter & my mother-in-law also stays with us.

OI: Oh! That’s great!
SC: Yes. That is a very difficult thing to do. I haven’t smoked in three months. I have quit smoking.

OI: Which is your favorite holiday destination in India or abroad?
SC: I love the jungle. So my favorite destination has always been the jungles of North Bengal. They are unique. Everyday, you enter the same path. I love north Bengal.

OI: When & where was your last holiday?
SC: Lst time, was 7 days back. Jaldapara forest in North Bengal.

OI: Coming back to Dhimaner Dinkaal. Tell us something more about the show, which you would like to share with our listeners.
SC: It is a hilarious series. Because after getting connected to the net, an ordinary man – Dhimaan, just changes. The net has a lot of things to offer. The first thing that happens to Dhimaan is a woman.

OI: Why don’t you tell us about the supporting cast of Dhimaaner Dinkaal?
SC: Everyone was terrific, right from my office colleagues. Mr. Khoraj Mukherjee in the lead was excellent. Khoraj Da I learn so much from him. We all learn. he is brilliant. The there is Sreelekha & Kalyani Mondal. You need good actors for every role. They have portrayed their characters very well. It is very engrossing.

OI: I saw the trailer & I really enjoyed myself watching it.
SC: Even I laughed at it myself. I am part of the show. I was laughing, while I was dubbing.

OI: That is one sign of the show becoming a hit – the actor himself laughs while dubbing for it.
SC: Absolutely. You enjoy & you are a part of the project. Then even others will enjoy.

OI: Any funny incidents on the sets which you would like to share? Or your favorite scene.
SC: We shot on the streets of Calcutta & inside the bus.That was a new experience for me. I have not been inside a bus for 18-20 years. That was a great experience for me. These buses have changed a lot. Now there is an AC bus. That was something new for me.

OI: Who are the writers of the show who came up with such a hilarious plot?
SC: The writer of the show is Padmanabha Dasgupta.

OI: Thank you Saswata Da! Thanks for talking to us. Best of luck for your new show.
SC: Thanks for calling!