23 Romantic Bollywood Films That Define Love As We Know It

Love is a ridiculous concept. Although our Bollywood romances typically involved dancing around the trees and followed the standard 'boy meets girl' formula, eventually, films and scripts improved and we were given some of these gems that spoke to us. These films and characters reflected feelings that we couldn't identify or explain.

Here's a list of the best Bollywood romances that our generation should relate to: 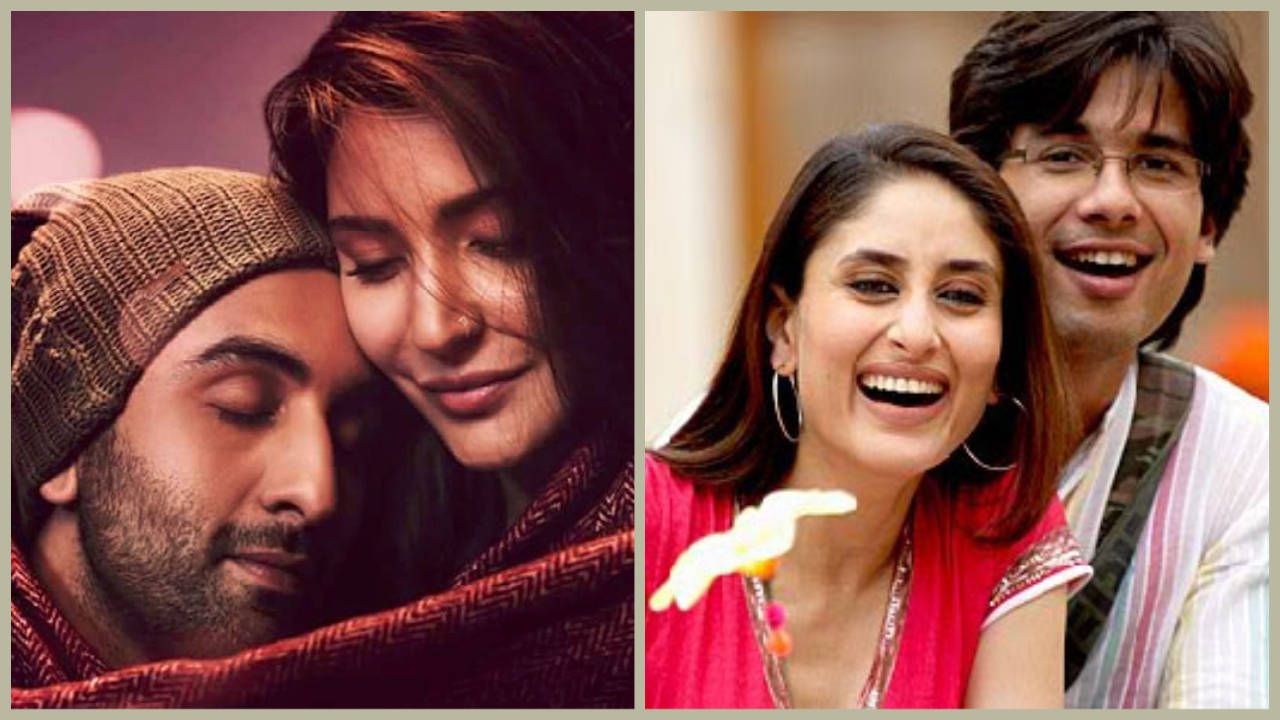 Yeh Jawaani Hai Deewani was our DDLJ for this generation, with its refreshing take on marriage, romance, friendship, and life. The coming-of-age film made it clear that love should be celebrated, but not at the expense of one's passion.

It's the story of two college best friends, Jai, the world's most nonviolent Rajput, and Aditi, an extremely hostile and impulsive young lady. They want to start a family after graduation, but not with each other. They don't recognise or consider their feelings for each other until Jai meets a girl and Aditi begins to miss him and his company.

Who couldn't relate to Geet, a fiery Punjabi girl who helped Aditya, a heartbroken and depressed businessman, get over his breakup? She not only became Aditya's weeping shoulder, but she also shared a special place in his heart after his recovery. Her character is just the kind of person we all need in our lives.

Socha Na Tha, another beautiful take on romance from Indian cinema's love guru. Despite receiving a lukewarm response at the box office, Imtiaz Ali's debut film remains one of our favourite romantic films. Two people who have been arranged to marry each other fail to do so, but ultimately fall in love with each other. This film was as genuine as it comes, with no love at first sight or over-the-top scenes.

Masaan was a rare gem that could not be overlooked. This sensitive film, which told the story about love and loss, spoke to our deepest fears and insecurities. Deepak's passion for Shalu transcends caste. This isn't a film with a happy ending or a happily-ever-after, but it does teach us to persevere in the face of adversity.

Six newlywed couples and a fun ride to Goa for a four-day journey. The tale of Boman Irani and Shabana Azmi was the one that we could relate to the most in this film. People ridiculed the middle-aged couple for their second marriage, but they taught us how to live our lives to the fullest without caring about 'duniya kya sochegi.'

Wake Up Sid, starring Ranbir Kapoor, was one of the most relatable films of the last few years. Sid's character embodied our generation's perplexity. It brilliantly explored the complexities of an urban relationship.

R Madhavan's persona Maddy made us all believe in love at first sight, and we still adore him for his treatment of Reena, played by Dia Mirza. This romance taught us that good guys like him are hard to come by, and if we do, we must cherish them.

This film demonstrated how two people who have been coerced into an arranged marriage might fall in love. Prem Prakash Tiwari, played by Ayushmann Khurrana, marries Sandhya (Bhumi Pednekar), an educated overweight girl, under parental strain, but never accepts her as his wife. They apply for divorce. When the court orders them to stay for six months, they begin to understand each other.

A relationship between a deaf and mute boy and an autistic girl was explored in this film. This wasn't one of those stories of a rich boy falling in love with a poor girl. With strong performances and an honest depiction of love, the film was a hit.

Although many people considered Ranbir's character to be troublesome, this film did a good job of capturing the agony of unrequited love to some degree. A film about tedha love that deviates from the standard. We've been there, and the film appeals to us in certain ways.

Several relations have come to an end as a result of 'Duniya kya Kahegi' and parental strain. This is why we can relate to this film and its protagonists, Aakash and Vani. Both were content with each other, but they were unable to continue their relationship after college. What is the reason for this? Vani's parents are pressuring her to marry the man they believe is best for her.

A simple romantic drama between two business partners. If you're not sure if the person you love feels the same way about you, you may be hesitant to tell them you love them. It irritates you so much internally that it begins to show in your work results. This is something that most of us go through, so we can identify with Anushka Sharma's character Shruti Kakkar, who goes through similar emotions.

Inter-caste marriage is a painful fact that we in India are all too familiar with.

Krish, a Punjabi boy, has feelings for Ananya, a South Indian girl. They plan to marry after completing their studies. Now comes the most difficult part for both characters, and we can definitely relate to them because, as they say in India, marriages are typically between families, not between individuals.

A sweet love storey about a young couple growing up together. Here's a film that sees the central characters work out their relationship despite the distance, which is especially important at an era where we split up for the smallest of reasons.

Living together as a couple is nothing new, but it is still frowned upon in our culture. But what happens when there are genuine feelings involved? Is it necessary to use the term "married" to express one's love for another person?

Rajkummar Rao's success in the film may have gotten all of the attention. However, we can relate to Ayushmann's character Pritam the most. Being someone's secret admirer isn't a good idea, as his character taught us.

A true couple sharing a home to get to know one another better. What happens after a 'happily ever after?' was the subject of the film.

We all know that things have changed, and that the definition of love has changed as well. The fact that it beautifully narrates love stories from two separate generations is why we connect with it. It gave us a deeper understanding of how only the perspective of realising one's soulmate has changed over time, not the feeling of love.

Some of us will empathise with R Madhavan's character Manu in the film, who cared only about Tanu's happiness. He cared so much for Tanu that he decided to assist her in eloping with his boyfriend, Raja. He continued to look after her quietly until Tanu realised it on her own.

When you love someone with good intentions, they also become your source of power. When they're around, you smile, you feel protected in their arms, and everything seems like a dream. The fact that Heer recovered from her illness so quickly after seeing Jordan was a sign of true love. It's a scene in the movie that all of us can relate to. Her blood levels increase dramatically as she gets back on her feet. When you're with someone you really care for, miracles will happen. Have you ever experienced it?

People do, in fact, change over time, as someone once said. In this film, Deepika falls in love with Ranbir's character while on vacation in Corsica. She later meets him in Delhi and discovers that he is not the same man she fell in love with in the first place. Tamasha may not have received critical acclaim or box office success, but it still has a following.

The love triangle between Gautam, Meera, and Veronica is something we can all relate to, let's be honest. There would have been moments when the person you care for had feelings for someone else. Veronica, who adores Gautam, is devastated to learn that he feels the same way about Meera. She becomes inebriated and tells him how much she wants him back. However, nothing works. We've probably all been through the same emotional roller coaster that Veronica did.