The Devdas and Dhoom 2 star seemed destined for fame from a young age, and then her appearance in a 90s Pepsi advert changed everything
By akshita agarwal Thu, 22 Apr 2021 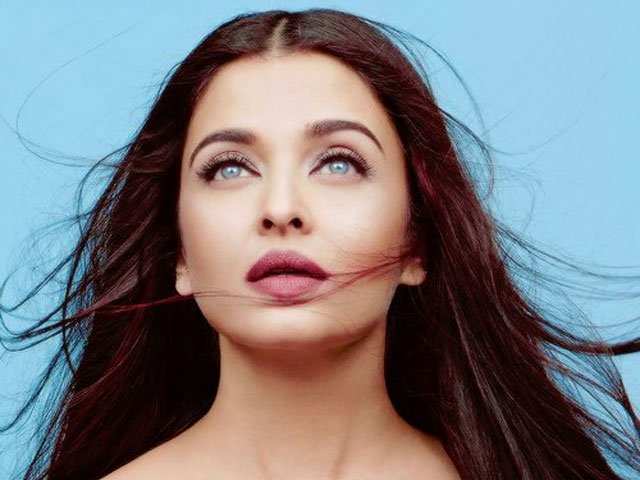 Hundreds of fan blogs, social media pages, and hyperbolic odes to everything from her outfits to her beauty routine can be found online, demonstrating Aishwarya Rai Bachchan's achievements and beauty. She's been on hiatus recently, and it's unlikely she'll be back on our screens before 2022, when she'll star in the Tamil historical epic Ponniyin Selvan (Son of Ponni). We take a look at the story arc of Indian cinema's definitive leading lady, who turns 47 this week.

Aishwarya Rai was already a well-known face in the Indian film industry prior to her brief stint in Hollywood with Colin Firth (The Last Legion, 2007) and Steve Martin (Pink Panther 2, 2009). And what a big smile!

Aishwarya Rai is the youngest child of Vrinda (a housewife) and Krishnaraj Rai (an Indian army biologist), and she has an older brother, Aditya, who works in the merchant navy. The Rais were far away from Bollywood's glitz and glitter. In reality, their origins can be found in Mangalore, Karnataka, in South India. She has been trilingual since childhood, speaking English, Hindi, and Tulu, her mother tongue. Her father, a merchant navy officer, was transferred to Mumbai shortly after she was born, in the late 1970s.

As a result, both children went to Mumbai to study. Aishwarya was a high achiever and showed a natural proclivity for classical Indian dance, whether traditional Bharatnatyam, Koli folk dance, or something else, according to friends and family who knew her at the time.

She's spoken at length about the value of education in previous interviews, telling The Times of India, "I used to consistently be the first ranker in my class.  I only came in third place in my exams once, when I was in seventh grade. This struck me like a bag of bricks. I realised how necessary it was for me to be a topper, so I worked extremely hard in the final term and once again placed first in all of my standard's divisions.”

She attended Arya Vidya Mandir High School, Jai Hind College for a year, and finally DG Ruparel College in Matunga, where she graduated in the top percentile after exam results were released. Unusually blue-eyed, it appears that the legend of her beauty preceded her, even in school. People would line up outside the college gates to catch a glimpse of the famously beautiful girl, according to contemporaries and professors, which may explain why she can take the adoration in stride these days.

One of the women teaching photography at her college encouraged the teen to take a turn in front of the camera, and the photos quickly went viral – long before social media and Instagram entered the picture. Her photos piqued the interest of advertising filmmakers and prominent Indian photographers Gautam Rajadhyaksha and Farrokh Chothia, who quickly elevated her from pretty girl next door to a face that launched a thousand campaigns.

Rai's face soon became associated with saris, mascara, watches, and soap in India, hitting a pinnacle with her appearance in a 1993 Pepsi ad with Bollywood actor Aamir Khan, which would change the course of her career.

Rai would make frequent short trips down south for ad campaigns and cameos in movies while she was busy making waves in Mumbai. Hardcore fans are aware that, prior to making Hindi films, she appeared in a number of regional language films in Telugu and Tamil, as well as commercials in Malayalam and Tulu.

In the early 1990s, friends urged her to join her first Miss India pageant. She was initially hesitant, but on the spur of the moment, she agreed. According to legend, when the famous Mumbai model walked into the pageant, 20 other women dropped out out of fear of being upstaged by "the most beautiful girl in the world," a nickname she wore long before any pageant wins or big film roles.

Rai did lead the race, but she was defeated in the final round by Sushmita Sen, who went on to win Miss Universe. Rai may have finished second, but she was obviously destined for greater things, as she went on to win Miss World in 1994. She not only won the title with the most points, but she also returned 20 years later to be named the Most Successful Miss World in the pageant's history.

Following Miss World and a return to India, Rai chose to work in the Tamil film industry, collaborating with Madras Talkies maestro, director Mani Ratnam, on the critically acclaimed Iruvar in 1997. Bollywood followed shortly after, followed by Hollywood a decade later.

In April 2007, she married famous co-star Abhishek Bachchan, son of Jaya and Amitabh Bachchan – India's biggest stars – exactly a decade after her Bollywood debut. Abhishek proposed to her on the night of their New York film premiere, and they married soon after.

Aishwarya Rai-Bachchan now has the privilege of cherry-picking her jobs, ad campaigns, and appearances following her marriage and motherhood: Ponniyin Selvan is set to be an exciting return.