Ananya Pandey is in the middle of a storm over her lying, bullying her schoolmates at Dhirubhai Ambani school. A reddit article about this issue has since gone viral! Read our article for more details.
By theopinionatedindian Thu, 23 May 2019 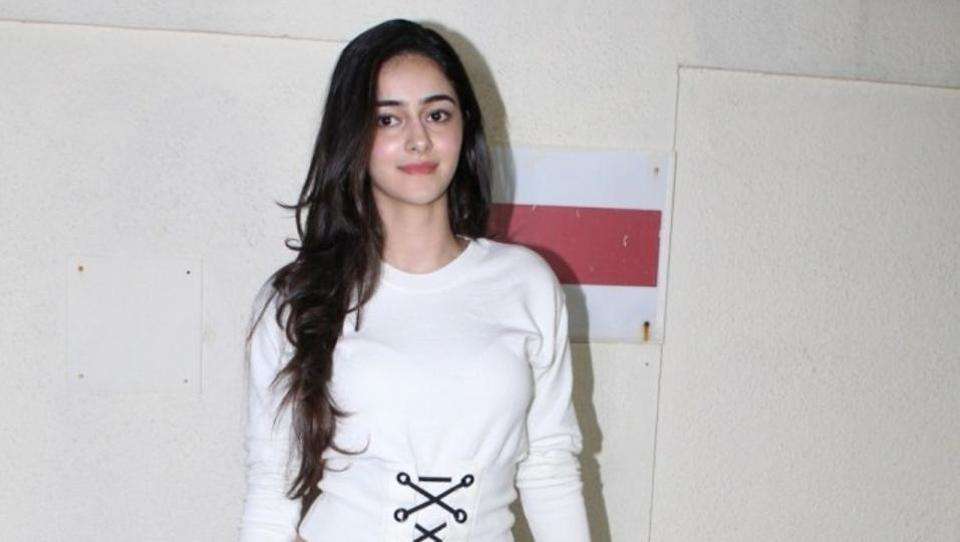 Ananya Pandey was exposed by her schoolmates at Dhirubhai Amabani International School for her blatant lying & bullying. Read our article for more details

ANANYA PANDAY AND HER LIES

Ananya Panday has stepped into Bollywood only recently with Student Of The Year 2 and has already gotten herself in a nasty situation. No, it's not any other Bollywood cat fight. It is in fact with her schoolmates.

We had published an article recently on The Opinionated Indian where we informed our readers of the fakeness of this 20-year old actor. It all started with Ananya claiming that she had gotten herself through the US universities and was selected in two of them. According to a report in Mumbai Mirror, Ananya has been faking her acceptance into the US universities. Some girls,supposedly her schoolmates from Dhirubhai Ambani International School, took to social media to stand out against her lies. One of them said that Ananya never consulted the career counsellor of the school nor did she ever sit for the mock SATs conducted at school. Hence there is a very less chance of her having aced her SATs, that is, if she ever took them. The schoolmate further claims that her sole focus was on getting into films and she had decided to take a year drop. She even failed to show her acceptance letter and kept saying she has lost it. Her mother says that she was indeed accepted in two of the US universities but she chose to defer the dates by an year so that she could complete the shoot of SOTY2. 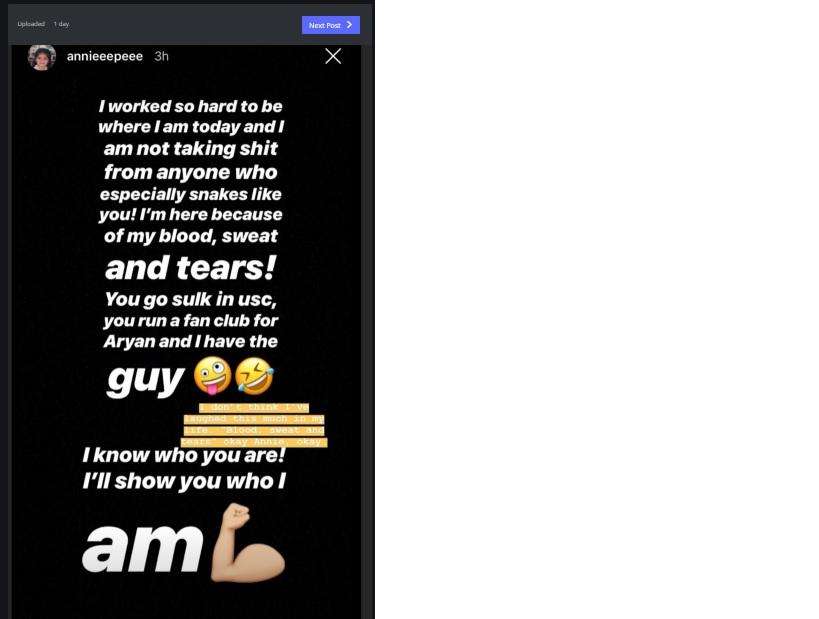 Initially when asked about the matter,Ananya replied by saying people say stuff out of jealousy. But now a fresh set of screenshots have come forward and things don't look much well. Ananya posted a series of stories on her finsta account taking digs at these schoolmates. Her finsta account with username annieeepee is a private account, so we believe. The girl who initially took the initiative to uncover the truth about her USC admission,posted a series of screenshots of Ananya threatening her. She exposed Ananya's story which said, "I know that you'll see this so do a public apology on the same account you posted crap about me or I'll publicly shame you. Acchha okay I didn't get in but I never faked it! Get your facts checked princess. I'm barely getting started and you're already jealous".In another screenshot posted by the same girl, Ananya happens to be saying, “ I have worked so hard to be where I am today and I am not taking shit from anyone who especially snakes like you! I'm here because of my blood, sweat and tears! You go sulk in usc, you run a fan club for Aryan and I have the guy. I know who you are and I'll show you who I am.” What is interesting is the fact that she claims “to have” Shah Rukh Khan's son Aryan. On this, the other girl promptly posts another story saying that she considered Aryan as an elder brother and that it is absurd that she wants him now. Aryan Khan's actual girlfriend is a double major in Human Biology and Business Administration who has no connection with the Mumbai Film Industry.

The matter also goes down to Le Bal and DIAS that she attended. Le Bal is a debutante ball organised as a part of charity and is an invitation only couture event that sees the coming together of 20-25 young girls hailing from influential families. The requirements to attend the ball is beauty, brains and famous parents. Truth be told, Ananya doesn't stand a chance for Chunky Panday has never been a very popular face in Indian cinema. The girl says that Le Bal was only a stunt by Karan Johar to make her famous before her debut film. She goes on to say that Ananya needed the USC/NYU to get her “off the nepotism mark” only to prove that she was hardworking and had gotten into a reputed college. The girl also adds that the USC doesn't extend their offers and does consider only when someone falls terribly I'll and that Ananya’s version didn't make any sense. Talking about DIAS, the girl says that the fees for it is over 5 lakhs and parents work hard so that they can afford to send their kids there and ensure that they get good scores on their SATs and hence secure a good foreign degree. Ananya and her gang of friends from famous parents bullied them because they could not afford a kind of luxury.

The girl also posted a story about Ananya's past relationships with the names of the guys she dated. That included names of the sons of prominent faces in the Mumbai social circle. Ananya is said to have dated Nikhil Makhija, an assistant director and cheated on him with Karan Jaisingh,the son of designer and socialite, Monisha Jaisingh, who interestingly was in a relationship with Tara Khanna who happens to be the best friend of Shanaya Kapoor. Now Shanaya, Sanjay Kapoor’s daughter, and Ananya are known to be thick friends. The girl says that no sooner was the final cut of SOTY2 made than Ananya broke up with Karan saying she could only match well with people from the industry. But she maintained a warm and cordial relation with Karan's mother because most of her outfits are sourced from Monisha Jaisingh's label. The girl also believes that claiming Aryan Khan to be hers could help her because Red Chillies+Dharma was the ultimate success weapon in Bollywood.

Ananya's friends too took to social media to take jibes at this girl. In the end, however, Ananya messaged this girl from her original Instagram account and apologised for her behavior. She asked her to pull down all the stories related to her and that she will do the same and will never bother her again.

All these were posted in the form of screenshot by this girl. The authenticity of the screenshot is not known.