Do you remember Laddoo from Kabhi Khushi Kabhi Gham? Well, Kavish Majmudar, who played the young Rohan Raichand is now in Dubai! Kavish’s journey into Bollywood had an interesting start, starring in the much-loved classic opposite superstars Shah Rukh Khan and Amitabh Bachchan. 16 years later, the actor has found a home in Dubai. Kavish plays the role of Nashook, the manipulative jester in Dubai’s resident Bollywood musical, Jaan-E-Jigar, at Bollywood Parks. He will be reprising his role as Nashook. His enthusiasm and energy for his work shines through as he reminisces his experience working in K3G and speaks about how he made his way to a musical in Dubai, and a whether a return to the big screen is in the works or not. 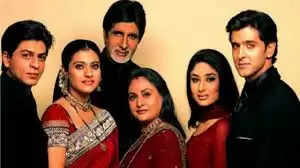 How did he land on his first role as Laddoo in Kabhi Khushi Kabhi Gham (K3G)?

Before K3G, he played the main role in a show at one of the theatre hotspots in Mumbai, called Prithvi Theatre. A coordinator from K3G saw the show and contacted me, asking whether he would be interested in auditioning for Laddoo’s role because they were looking for someone like him. And it so happened that one day after school, he dropped in for an audition, and the people there thought he nailed the first round. Then he auditioned for the legend himself, Mr. Karan Johar. Three months later, he landed on the role. It was like a dream for him. 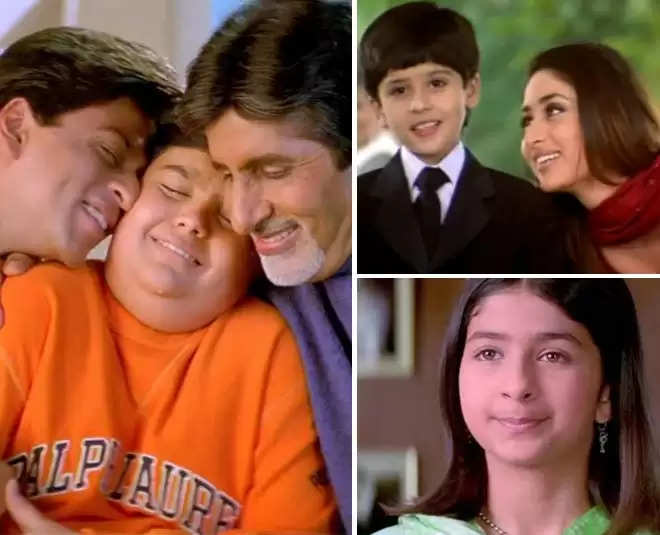 How was his first day of shooting?

He was in my green room, waiting for his first shot to be ready. He had my makeup on, when his dad came running to him and said, ‘Kavish, you know what? The first shot is with Amitabh Bachchan, Shah Rukh Khan and Jaya Bachchan! Aren’t you excited?’ And his reaction was, ‘I am excited but don’t make me so nervous!’ But when he was on set, everyone made him feel really comfortable. From the word ‘go’, it was a very smooth ride. 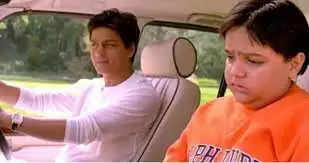 What was your most favourite memory of working on K3G?

They were shooting at a palace in London as he had a few scenes over there, like the famous bench scene, which is done in every Dharma Productions film. He remembers the exterior part of the palace had a huge canteen. The best part was that at one o’clock, the entire cast and crew – Amitabh Bachchan, Shah Rukh Khan, Karan Johar, all the actors and him – were in one place, and they were served hot biryani. They all ate food together and talked to each other about their life experiences. It was a very interesting time for him.

Is he still in touch with Shah Rukh Khan, Hrithik Roshan or anyone else?

He has not come across anyone of them, but he has met Karan Johar once or twice, and he’s been very warm and nice. Kavish is best friends with Varun Dhawan.

We saw him on-screen after twelve years in Gori Tere Pyaar Mein and Main Tera Hero.  What was the reason for such a long break?

After K3G, he wanted to finish his schooling, so he focused more on the studies. But he continued doing theatre and some behind the camera work as well. He then began auditioning again. He bumped into an assistant director of Gori Tere Pyaar Mein at a friend’s wedding, who suggested to meet the director, Punit Malhotra. That’s how he landed the role. And for Dharma Productions, he would do anything as an actor. With Main Tera Hero, a friend of his was reading on the film as well. Through him, he met the director, auditioned for the role, and got the part!

He are currently part of the musical Jaane-E-Jigar at Bollywood Parks. How did he come to be in a Bollywood musical in Dubai?

He always wanted to get back to theatre in some way or the other. He learnt that there was this project happening and that auditions were being held nearby. He thought it had a lot of potential and offered security that he wanted in those days as an actor. For auditions, he was required to make a monologue and a small dance piece. The best part was that both the director and choreographer were very happy with his audition. The next night, he received the call from production that he was on.

He plays the character of Nashook, the jester. Here is more about his role in the musical.

Nashook is the manipulative jester and is in the awe of the villain, Marjaani. He would do anything for her. He’s evil but in a humorous way. His influences were from Jim Carrey’s The Mask, like the dialogue, ‘Somebody stop me!’ He’s the character that later you’ll find out was behind the plotting and planning, but tries to fix things in the end. Nashook is a very well-written character and as an actor, he has a lot of freedom. He improvises and changes from time to time because even his audience changes.

How different is working in a musical as opposed to a film?

In a musical, the more you feel that you are doing the same thing over and over, the more new things you discover as an actor. The best part is that every week, he gets new audience. He has been doing this for nearly a year and a half, but he still has nervous energy before going on stage. And when people appreciate and applaud you, there is nothing better than that.

Can we expect to see him on the big screen again?

Definitely. But he want to work in the most flexible manner. Hopefully, if there is an opportunity, he can shoot for them for a few days and then come back here and work. He would like to be in that space, rather than leaving one or the other. He wants to be everywhere, he is a young guy!

How is the audience’s response to the musical?

It’s been great. The audience is quite awed by the story and characterization in the musical.  By the time the curtain call happens, the audience is also dancing along to the title track.  There was one time when an audience member ran onto the stage to shake hands with. At the end, the audience is clapping and we get a standing ovation!