MeToo – A Huge Flop In India

While the MeToo movement was a disruptive movement in Hollywood, it was a huge flop in India. Read our article for more details!
By theopinionatedindian Wed, 29 May 2019 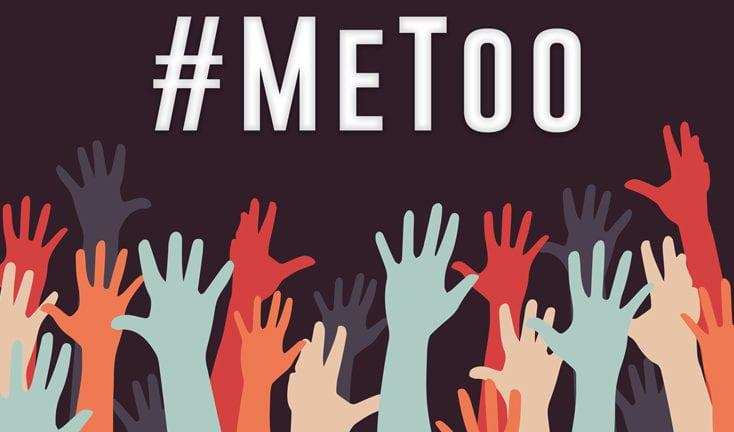 While the MeToo movement raised a storm in Hollywood, it failed to create an impact in India. Read our article to find out why!

October 2017 saw a huge breakout from the women in the Hollywood film industry in the form of #metoo movement. What started initially as a platform for women to share their experience of sexual abuse at workplace, soon became a huge phenomenon across the globe. American actress and activist, Alyssa Milano started the trend on Twitter asking women to reply and repost her tweet if they had ever been subjected to abuse at workplace, and the internet went into a tizzy with hundreds and thousands of women coming out on social media.

The prime accused of Hollywood was film producer, Harvey Weinstein formerly of Miramax Films and The Weinstein Company. Although there had been subtle hints by many about his misbehavior, things took a serious turn when The New York Times and The New Yorker reported almost a dozen of such incidents. The producer who is in his late sixties had been accused of sexual misconduct by as many as 80 actresses in Hollywood spanning over 30 years. Hollywood A-listers such as Cate Blanchett, Jennifer Lawrence, Ashley Judd, Cara Delevingne, Gwyneth Paltrow,Angelina Jolie who came out to share their experience about Weinstein's "Four Seasons invites". He has been accused of sexual abuse and harassment as well as rape. He often called over young actresses to discuss business and ended with forcing himself on them, mentioning how Paltrow had engaged in sex with him and has seen her career prosper since. Weinstein denied to have committed non-consensual sex to protect his image and, well, his career. But the damage was done. He was expelled from the Academy of Motion Picture And Arts and dismissed from his post in The Weinstein Company and arrested in 2018. The outlash was also heavy for all those who associated with Weinstein in any way or the other.Following this, women from the industry felt confident to name other big names who too have indulged in such crimes. Needless to say many lost their jobs and witnessed their career coming to an abrupt end. And the world followed the example set.

Bollywood too saw an outbreak. That the "casting couch" problem was real and existed was rather evident. The movement in India took off after actress Tanushree Dutta spoke out against Nana Patekar. The actress shared in an interview with Zoom TV that she had an unpleasant experience with the veteran actor on the sets of her 2009 movie, Horn Ok Pleaseee. She had reported the offence multiple times before finally in 2018 the matter caught the public eye. Also named was film director Vivek Agnihotri who asked her to shed her clothes and dance with Irrfan Khan on the sets of Chocolate. It was Irrfan and Suniel Shetty who stood up for her at that time, claims Tanushree. While a few less popular faces came out with their traumatic experiences from Bollywood, the southern film industry shook to its very core,with big names getting involved.

Kangana Ranaut backed claims of sexual misconduct by her Queen director, Vikas Bahl, when a former employee of the Phantom Films accused the director of harassment on the sets of the said film in 2014. Casting director Mukesh Chhabra was also named as an accused and was suspended from the Hindi remake of The Fault In Our Stars which he was supposed to direct.The online stand-up comedy group, All India Bakchod, faced similar accusations against multiple of its employees. The biggest and the most controversial names were however of director Sajid Khan and veteran actor Alok Nath.The Housefull director stepped down from the production of the upcoming fourth film of the franchise. Alok Nath, who ironically played traditional and well mannered respectable roles on screen found many fingers pointing at himself for his abusive and pervasive nature. He was accused of rape by TV producer Vinta Nanda on the sets of fromhow Tara.The actor denied the allegation and sent a lawsuit to her asking for an apology for attempting to defame him. Later, the CINTAA expelled him for not showing up at a meeting intended to discuss the allegations. Singer Anu Malik too faced charges of harassment by multiple women. Singer Alisha Chinai too accused him of molesting and abusing her in the 1990s.

While the Hollywood perpetrators suffered a great deal of loss, their Bollywood counterparts got off with negligible punishment. Many have had stepped down from the lofty positions they occupied but they have found other ways to stay relevant. While Alok Nath's movie De De Pyaar De released shortly, we hear Sajid Khan is already planning a comeback. Salman Khan and his brothers, Sohail and Arbaaz were also accused of rape by Bigg Boss contestant Pooja Mishra. Neither is there much coverage on this fact nor do we see or hear any of the Khan brothers commenting on the purported allegation. They go about their business quite smoothly without letting rape charges hit them.

While the Hollywood movement had a strong backbone and put its allegations quite firmly, Bollywood failed to do the same. It did gain a considerable momentum but failed to create the impact it intended to create mainly due to the lack of proper support.

Also in Hollywood, popular actresses like Angelina Jolie, Cate Blanchett and Gwyneth Paltrow lead the bandwagon and gave the movement a face. Bollywood on the other hand,didn't see the coming forward of the superstar actresses. Kangana alone was the significant actress who is widely seen in the movies. The others were those whose careers never kick started properly or those who are yet to establish themselves firmly in the industry. Even then, Kangana's accusations were not as fiery as her controversies. She did not devote much time for the proper establishment of the movement and got busy with her work. What could have been a big wave of change in the industry, lay flat on the ground with no proper leader to stand up to the cause. If only the top actresses were a little less pretentious and a little more humane, the movement could have found an equal footing in India as well and it would have been groundbreaking in the path of women empowerment.

The message coming out is loud & clear - if you are a big shot, you can easily get away with sexual harassment. Money is thicker than principles & ethics as far as Bollywood is concerned. We need to learn a lot from our hollywood counterparts.