Top Hollywood Movies Which Were Inspired From Bollywood!

Bollywood is often chastised for "brazenly copying" Hollywood. We've seen Bollywood filmmakers take a Hollywood film and either give it a desi spin or remake it, as seen in Salaam-e-Ishq, Dil Bole Hadappa, Dostana, Partner and The Girl On The Train.

Where do Hollywood producers get their ideas for their films, though? Bollywood, it turns out, is sometimes the solution. There have been instances where Hollywood filmmakers have drawn inspiration from their Bollywood equivalents. We've put together a list of some of those films for you. 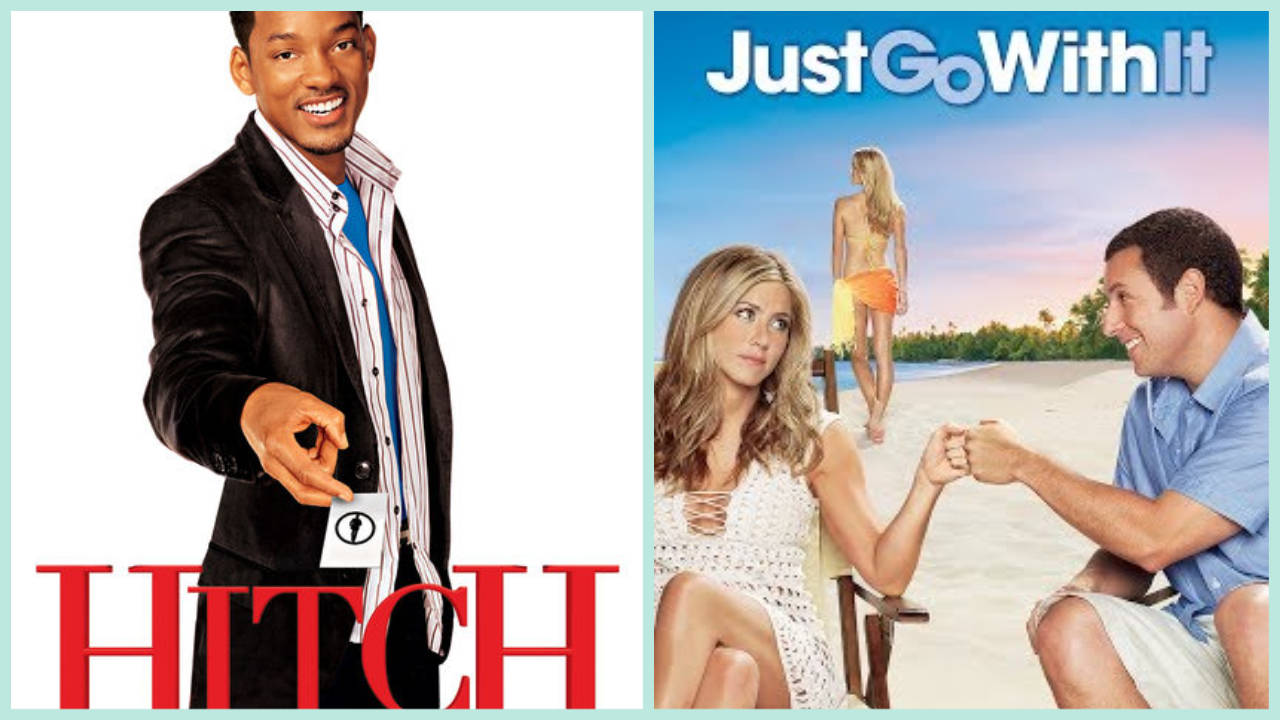 In the 2011 film, Adam Sandler portrays a wealthy plastic surgeon who flirts with women by lying about his loveless marriage. When he falls in love with a woman, he tells her he's getting divorced and persuades his assistant Jennifer Aniston to play the role of his soon-to-be ex-wife in order to hide his deception. He enlists Jennifer's children to join in the fun and pretend to be his children, and the four of them begin weaving a web of lies before they realise their true feelings for each other. Does this ring a bell? That's because in David Dhawan's Maine Pyaar Kyun Kiya, Salman Khan and Sushmita Sen did something very similar in 2005.

Darr is a cult film in Bollywood, and Shah Rukh Khan's insane stalker character will live on forever. In the film, Shah Rukh Khan is so enamoured with Juhi Chawla that he carves her name "Kiran" on his chest. Three years later, in James Foley's Fear, Mark Wahlberg did this same thing when he carved the word "Nicole" on his chest. In reality, the title of the film is a literal translation of the 1993 Bollywood film. However, there are some variations in the American version, such as Mark Wahlberg dating Reese Witherspoon in the film, but Shah Rukh Khan not dating Juhi Chawla.

Vicky Donor, a 2012 film starring Ayushmann Khurrana, tackled a subject that no one wants to talk about openly: infertility and sperm donation. That romantic comedy not only went on to become one of the most successful films of all time, but it also appears to have influenced the 2013 Hollywood film Delivery Guy, starring Vince Vaughn, Chris Pratt, and Cobie Smulders. Both films, on the other hand, are said to be based on the 2011 film Starbuck.

While the stories in both films are different, the core is the same, with Amy Adams and Matthew Goode's version and in Imtiaz Ali's version. The plot of a woman who wants to propose to her boyfriend is told in Leap Year. However, it does not seem to be as easy as it seems because she faces several obstacles along the way, one of which is developing feelings for a guy she met along the way who is taking her to meet her boyfriend.

A Wednesday, directed by Neeraj Pandey and starring Anupam Kher and Naseeruddin Shah, is one of the best thrillers ever produced. The film's mind-numbing climax made it a sleeper success that went on to win a slew of prestigious awards. As a result, it's only natural for other filmmakers to be interested in this classic movie and give it all their own twist. In 2013, the film A Common Man was released, which is said to be a remake of the film, with Ben Kingsley playing "The Man," who plants bombs across Colombo and threatens to activate them until four prisoners are released.

Partner, a 2007 film directed by David Dhawan, has been criticised for ripping off Will Smith's 2005 romantic comedy Hitch. It turns out, however, that Will Smith's film was not an original idea either. Many people believe it is quite similar to the 1976 Bollywood film Choti Si Baat, which starred Amol Palekar, Vidya Sinha, and Ashok Kumar. This film is about a shy man who is in love with a woman but has no idea how to express his feelings other than by staring at her from afar. He seeks assistance from a man who has made it his life's goal to aid people who are lost in love, and the two of them work together to turn him from a timid man to one who exudes elegance and swagger.

The 2001 American romantic war film starring Ben Affleck, Kate Beckinsale, and Josh Hartnett has a lot in common with Raj Kapoor, Rajendra Kumar, and Vyjayantimala starrer from the 1964 Bollywood classic Sangam. Both films are about two best friends who fall in love with the same woman, with one of them willing to make the ultimate sacrifice for the sake of the other two. Although both of the friends are fighter pilots in the American version, only one of them is a pilot in the Indian Air Force in the Indian version.

"Win A Date With Tad Hamilton" is a romantic comedy film from Hollywood that was released in 2004. This film is identical to the 1995 Hindi film "Rangeela," starring Aamir Khan and Urmila Matondkar. The plot is the same: a young woman is smitten by a famous actor and attempts to approach him. A road romeo, on the other hand, competes with the actor for the girl's heart.