10 Of The Nastiest Bollywood Rumours Which Aren't Yet Confirmed. 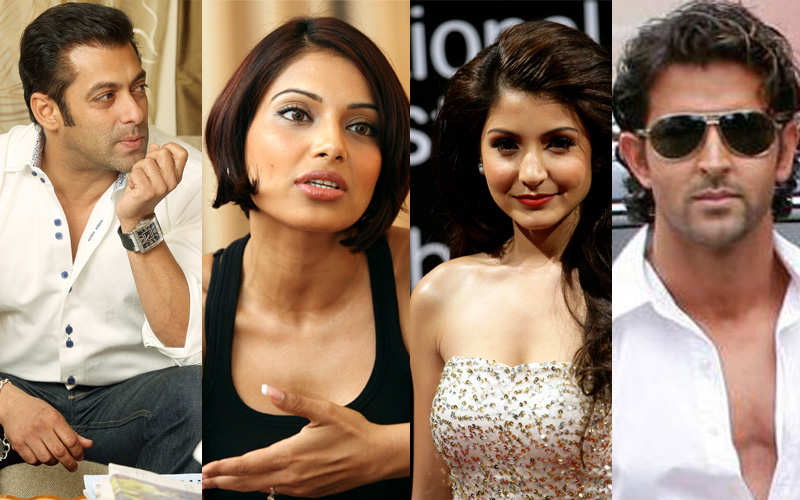 10 of the nastiest rumours which aren't yet confirmed

As entertainers we all know how extraordinary Bollywood is and when it comes to being nasty spicy Bollywood actors leaves a spicy blend of secrets behind which are rumoured to be true but they aren’t confirmed yet.

They can be seen filming a movie one minute and delivering an advertisement the next. The on-screen actor is somewhat different from the off-screen actor. One day they are found to be mourning over the loss, and the next night they are seen celebrating with some cool music and drinks.

While Bollywood celebrities refuse to acknowledge their rumours, our sources and paparazzi are on the lookout for them.

Here are some dirty or mind-blowing Bollywood secrets that are both eye-opening and surprising. 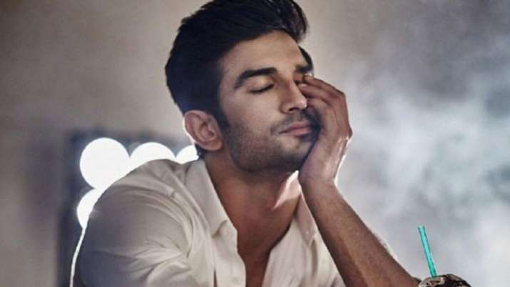 The shocking news of Sushant Singh Rajput's untimely death on June 14 has shocked the world. Even as his relatives, friends, and fans mourn his death, condolence messages for the 34-year-old actor continue to flood in on social media

SSR was found to be suffering from clinical depression and was under medication. ‘

Netizens called out that Karan Johar and Alia Bhatt and the nepotism culture that is prevalent in the film industry it was speculated that Bollywood forced him to take this extreme step of suicide. Over a post, it was alleged that Bollywood director and producer Karan Johar and YRF has been torturing Sushant for the past two years when he refused 1-2 films of YRF production and choose Shekhar Kapur’s film ‘ Paani’. It was also alleged that he was removed from Sanjay Leela Bhansali’s film and even from ‘Befikre’ later that role went to Ranveer Singh.  His eventual death reflected the Dark Secrets About Bollywood Film Industry! 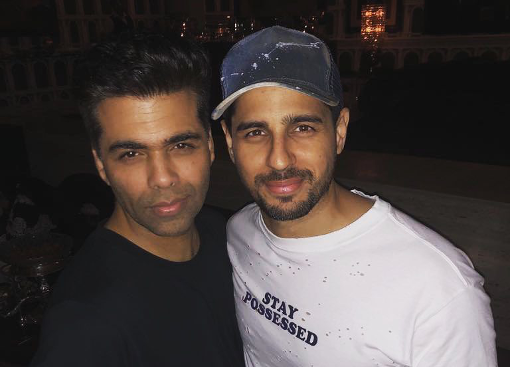 His particular piece of gossip surfaced after the release of Student Of The Year when Karan Johar introduced Alia Bhatt, Varun Dhawan, and Sidharth Malhotra to the world of Bollywood. The success of the film, as well as rumours of KJo dating Sidharth, gave the three actors a boost. Even though the filmmaker has not come out, he is outspoken about LGBTQ issues, especially in India. How much of it is true? 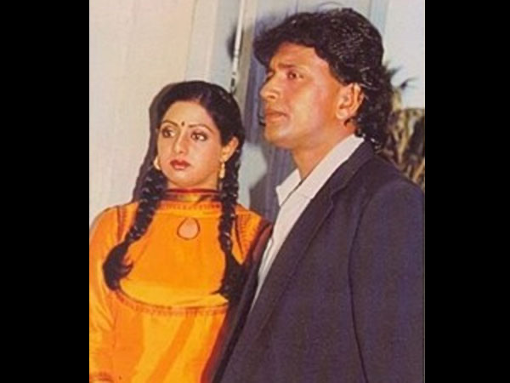 before her marriage to Boney Kapoor, She had an affair with Mithun Chakraborty, and the couple secretly married, according to sources. Mithun was married to Yogeeta Bali at the time. When Yogeeta realised what had happened, she attempted suicide. Although there are no proofs of Mithun marriage, Sridevi's sources say they were married for three years. Mithun did not have a divorce. 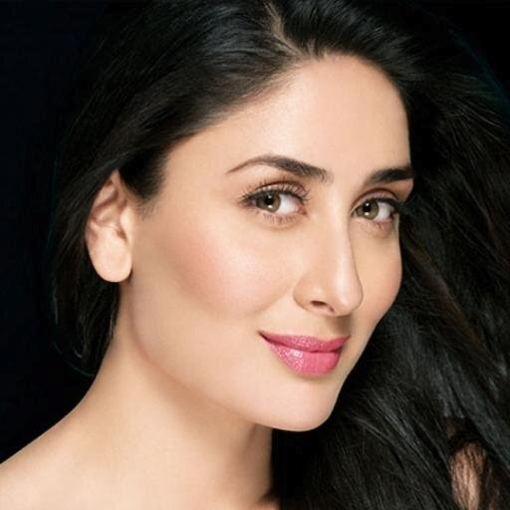 Kareena Kapoor Khan has admitted that her mother Babita Kapoor sent her to a boarding school in Dehradun because she was a little too "naughty and rebellious." The actress from Jab We Met also confirmed that she was involved in an incident with a boy she had a crush on, which landed her in deep trouble. 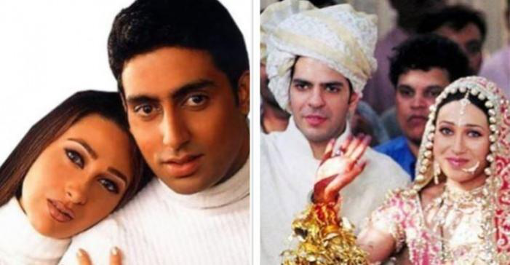 There are rumours of Karishma being an escort but there are plenty of flaws in the story, while others say it was Babita's greed. The real culprit was that shady Amar Singh. Abhishek and Karisma loved each other but Amar Singh, who regularly slept around with actresses, suspected lolo too of escorting. He had hired men to follow Karisma to find out the truth. But while the men didn't find anything, the Kapoor family came to know of Amar Singh's actions. Babita blasted Amar Singh and the Bachchan for getting lolo followed. But the bachhans, who were completely besotted with Amar Singh at that time and tried defending him, saying he had their best interests at heart. Babita refused to let her daughter marry into such a controlling house and the engagement was called off. The worst thing was lolo and Abhishek had to bear the brunt of the breakup as they did love each other. 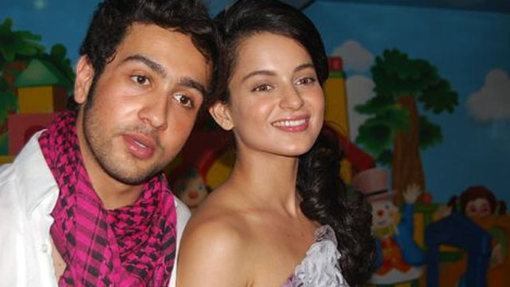 When rumours of Kangana Ranaut's alleged relationship with Hrithik Roshan became public in 2016, it opened a can of worms for her. With it came a flashback to her past, in the form of her relationship with Shekhar Suman's son Adhyayan Suman, who was her Raaz: The Mystery Continues co-star. Kangana allegedly used black magic to ensure Adhyayan's loyalty to her, according to sources.

7.         Sanjay Khan - Suzanne's father is alleged to have been behind the attack on Rakesh Roshan's life 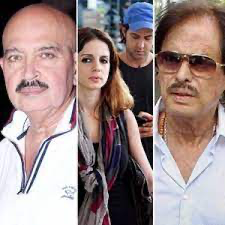 In 2000, during an interaction with comedian Ruby Wax, Hrithik Roshan had spoken about the attack on his father by the mafia. Rakesh Roshan was shot outside his Santa Cruz office in the western suburbs of Mumbai in January 2000. The assailants had fired six rounds, of which two bullets had hit him.  It has been suspected that Sanjay khan was behind the attack over Rakesh Roshan , we still don't know the true theory or strategy behind this.

8.  Aamir Khan Has A Love Child With Jessica Hynes. 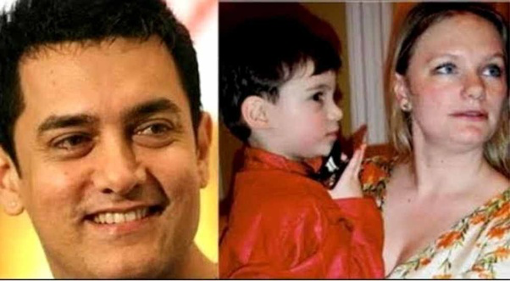 Mr Perfectionist, Aamir Khan, has a dark side that only a few people are aware of. They are unaware of his relationship with Jessica Hines, with whom he is rumoured to have a son. In the past, they had a serious love affair that ended in Jessica Hines becoming pregnant. Jessica was passionate about Aamir, so she broke the news to him with sparkling eyes, expecting a serious commitment from hi

9. Salman khan was robbed by 4 girls 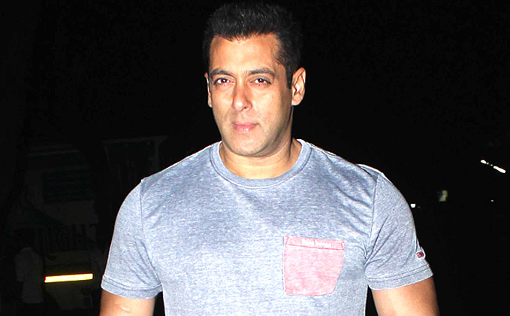 Salman Khan got robbed in a Bandra nightclub by four pretty girls. The girls approached Salman claiming to be his biggest fans, and the warm-hearted Khan was kind enough to have a chat with them.

But a while after the fans left, Sallu Bhai realised that his wallet, sunglasses and the famous Bajrangi Bhaijaan pendant were missing.

Although Khan's bodyguards advised him to register a police complaint, the most wanted Khan refused and asked for his security to be improved. 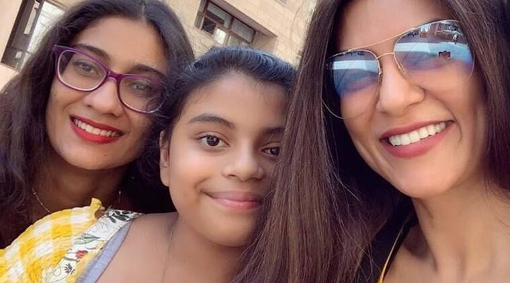 Renee and Alisah, Sushmita Sen's adopted daughters, are well-known. She told Bollywood critic Rajeev Masand in an interview, "I may not have given birth, but I am a mother." Theorists speculate that Renee and Alisah are her only biological children.