Despite an image makeover of their VP Rahul Gandhi & disenchantment of a section of people against demonetization & GST the Congress is likely to lose in the upcoming elections, adding to the long list of defeats in the past three years. We list out the reasons why the Congress keeps losing time & again
By theopinionatedindian Tue, 14 Nov 2017 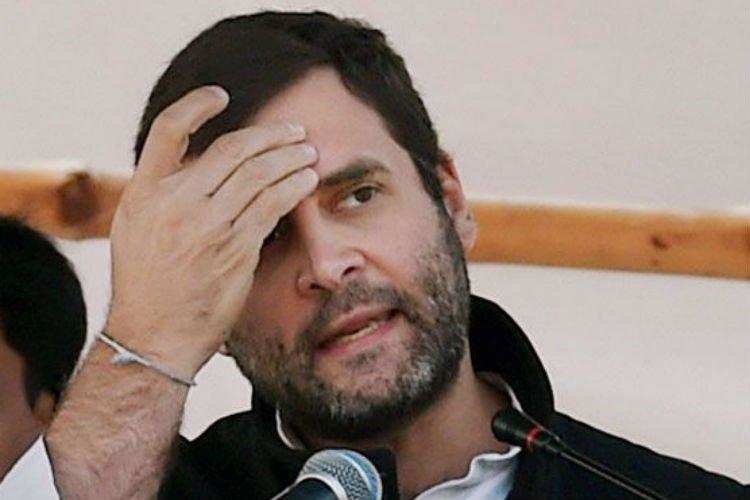 Despite several left leaning media outlets claiming that UP elections might go either way, BJP decimated Congress & SP. Barring a win in Bihar & a recent win in Punjab, Congress has been unable to record a single win against the BJP. In the last 3 years since the landslide victory in the general elections the BJP has managed to wrest Maharashtra, Assam from the Congress. UP & Kashmir, which earlier belonged to secular parties are now under BJP rule. Madhya Pradesh & Rajashtan have been permanently saffronized. So how has the BJP managed to defeat The GOP time & again? Is it Modi’s social media strategies, his marketing gimmicks or is it Congress’s own incompetence? We list out several reasons why the Congress will keep losing for quite sometime to come.

1) Narendra Modi
Even Modi baiters have to admit, Modi is the most powerful politician of his era. No other politician commands the kind of respect that he does. His legend has only grown stronger over time. While several politicians from the opposition would like you to believe that Modi is a feku, truth remains that Gujarat has prospered like never before under Modi. It is one of the few states & the only big state to offer 24 hour electricity & clean drinking water to all its citizens. Rapid industrialization, increase in farmer incomes, excellent roads & huge reduction corruption have been hallmarks of Modi’s famed Gujarat model of development. Anyone who says that Gujarat model is all exaggeration is blinded by his hatred towards Modi. While Gujarat was always a prosperous state, nobody before Modi has brought the kind of development that he brought in. Hence it comes as no surprise that Modi has a demi god status in Gujarat.

While the jury is still out debating the relevance of demonetization & the execution of GST, no politically neutral citizen can cast aspersions over the PM’s motive. While demonetization did inconvenience people, the move lauded by the masses owing to the pure intent of the PM. Leaders The world over can’t help but heap praise on Modi for his clear vision & gumption that he shows in taking the country forward. How else can you explain India jumping 30 places in the ease of business rankings published by The World Bank? He knows exactly what he wants & has set targets for all his ministers. He regularly reviews the performance of his ministers & bureaucrats. Stories of him cutting unnecessary expenditure are now a part of folklore. It only adds to his allure that none of his family members have benefited from his ascension to power & he has a squeaky clean image with no charges of corruption under his regime. Jan Dhan, Make in India, Fasal Bima Yojana etc are landmark schemes with huge benefits.
Any comment against Modi on social media & you will have his legions of fans or self proclaimed bhakts that you have to contend with. Such a following can’t be brought, it is earned through sheer hard work & goodwill of the public.

2) Corruption & Lack of Development in Congress Ruled States
While the BJP uses Hindutva to polarize voters & win elections. But post winning elections, the BJP is known to usher in development in all the states that they are in power. Whereas the Congress shamelessly tends to minorities & neglects development. For the average voter The Congress is still a party which doesn’t bring in any sort of development & is will indulge in large scale corruption. This corruption leads to inflation, red tapism & lesser growth.

While jounos were quick to point out the deaths caused due to demonetization, what they won’t cover vigorously is the number of deaths due to pot holed roads, again a by product of corruption. Any major steps to curb corruption weren’t taken by the UPA government while they were in power. Indira Gandhi, Rajiv Gandhi, Narasimha Rao, Manmohan Singh all are known to preside over highly corrupt governments. Karnataka the only major state where the Congress is in power is now a hot bed of corruption. Our sources inform us that corruption levels in Karnataka are pathetic. Instead of making Karnataka a model state & showcasing to the nation that the Congress is capable of bringing development, the party is suing their power to fill up their coffers. Memes on the state of roads are widely circulated on social media in the state.
Despite its image being tarnished due to several corruption charges, the party high command is yet to take a strong stand on the issue. No one remembers a single party member or minister getting sacked over corruption charges. Whereas the BJP has shown complete intolerance towards corruption. Remember ex-party chief Bangaru Laxman & Karnataka CM Yediyurappa being sacked over graft charges? It comes across that Congress believes that since we fought for freedom it is our birth right to suck as much money as possible from the citizens. Instead of warring on the issues of development, the party spokespersons are reduced to taking cheap shots on rival politicians with no clear agenda

3) Anti Hindu Image
One thing which has seriously alienated the Congress from the majority religion in the country is its shamelessly appeasing minority communities. As I write this article I cant help but burn in anger when I think about the Lingayat issue in Karnataka – where the CM wants to accord religion status to the Lingayat community in Karnataka. Why subsidize religious pilgrimage for only one religion? Why didn’t Congress pass laws which bar discrimination against women & laws protecting women’s rights? Intellectuals who calls BJP a hindu extremist party should read up on the Shah Bano case – whereby a law barring muslim women from claiming alimony was passed by Rajiv Gandhi in an election year. Terrorism & terrorist attacks witnessed a significant rise under UPA rule, owing to their lax terror laws which were drafted keeping the interests of the minority community in mind. Congress is known to give undue advantages to minority communities at the cost of Hindus. Assam now has a sizeable muslim population owing to the previous Congress regime allowing large scale illegal immigration of Bangaldeshi muslims. The upper class hindus are totally miffed with the Congress owing to them catering to Dalits & minority community at their cost. The BJP now has the undivided support of the Indian Hindu upper class.
The Congress seems to have realized its folly albeit a bit late. Their VP-Rahul Gandhi can now be seen touring temples during election season. What they don’t realize is that Narendra Modi is the uncrowned Hindu Hriday Samrat. Who bigger than Modi when it comes to protecting the rights of Hindus? The Congress can never be relied upon to fight for Ram Mandir in Ayodhya or driving illegal muslim immigrants out of this country. If Hindus are to be believed the Congress is embarrassed to embrace Hindutva but will gladly spread their arms for Islam or Christianity.

4) Entitled Attitude
It does come across that the Congress believes that eventually Indian voters will vote them to power due to the incumbency factor. Being the oldest party, no other party in the country has the political network & reach that Congress does.
Congress party is like the son of a wealthy industrialist who expects everything to be served on a platter. Instead of striving hard they will rely on gimmicks, minority appeasement, mud slinging on rival politicians, fake promises to win the elections. Whereas BJP is like the son of a not so successful man, who lies to get admitted into school. But post getting admitted he works day in & day out to succeed.
While the cheap tricks of Congress did help it to stay in power for close to 60 years, what it fails to realize is that the majority of the voting population in India is now educated. The voters cannot be fooled by cheap gimmicks. They clearly know whom to vote for. They will take your money you offer them to vote for you & end up voting for the politician he actually wants to vote for!

5) Rahul Gandhi & Amit Shah
While the Congress is being managed by Rahul Gandhi – the Congress VP, the scion of the Gandhi family who managed to make a fool of himself on national television, the Indian public thinks of him to be incompetent to run the country. Memes of Rahul Gandhi’s intelligence or rather his lack of it are a dime a dozen. His media gaffes are an industry in itself. Despite his recent PR push & image makeover, he is still considered somewhat of an idiot. It is common knowledge that his speeches are prepared & written by his team. He manages to err even while the only job he has is to read it out loud! The public is aware that the brain behind the smart alec comments on social media is not him.
The BJP on the other hand is headed by Amit Shah – the modern day Chanakya of Indian politics who has masterminded BJP victories in most of the elections that they have fought in. Thanks to him, the PM can concentrate solely on running the country & not worry about party affairs. He has an iron grip on the party. All intra party rivals have been sidelined & hold no sway.