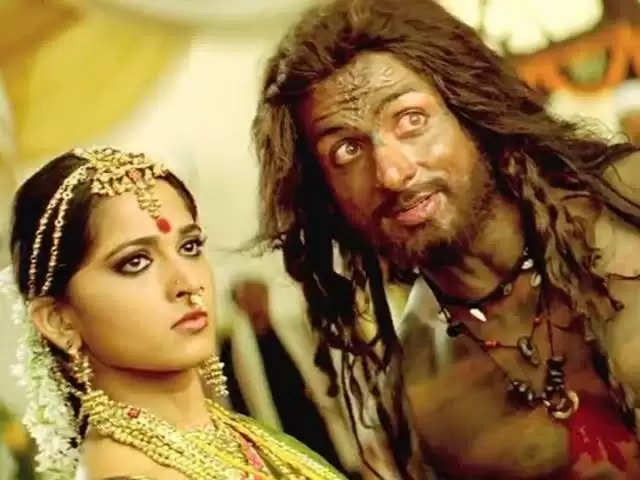 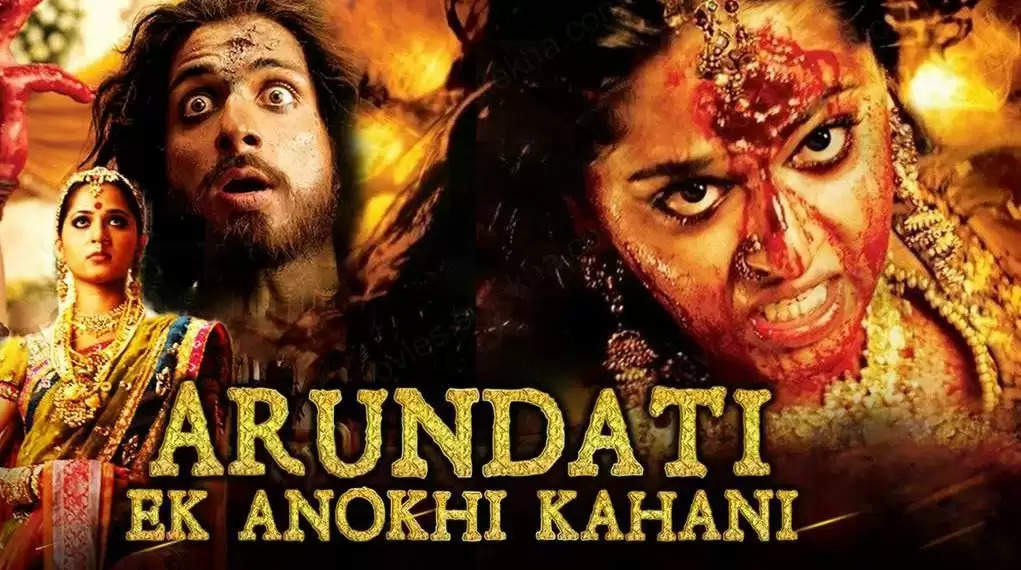 Directed by Kodi Ramakrishna, Arundhati is a horror-action tale that revolves around the beautiful princess of Gadwal-Arundhati. The story starts with Arundhati (Anushka) getting engaged to Rahul (Deepak) and a few days before the marriage she is drawn to a nearby abandoned fort where an evil is lying (Sonu Sood). She learns that she is the doppelganger of Jejamma (her great grandmother). How will the reincarnation of her grandmother affect Arundhati’s life? Is the rest of the story. The movie was initially released in Telugu but later dubbed in Hindi. 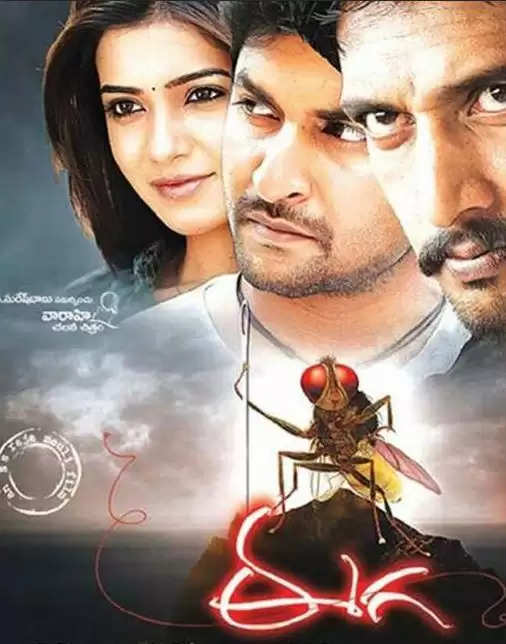 The Rajamouli celluloid Eega was new to Telugu audience at the time of release. The movie starts with Nani who lives opposite Bindu's house is madly in love with her, she also loves him but keeps him guessing. As time goes by, Sudeep who wants to win bindu, knows about Nani’s love for Bindu, he brutally kills off Nani. The rest of the story is about how Nani's reincarnates as a fly with the help of Bindu takes revenge on Sudeep. 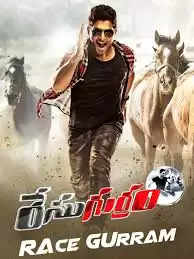 The story of the movie doesn't have anything to do with logic or magics as Race Gurram has nothing special content wise. It's about two brothers who turn foes in the home, as the elder brother works hard the younger one enjoys. How their lives take a turn after taking on a politician is the story. Allu Arjun was fantastic but theater's shook more for Brahamanadam's cameo appearance. On a whole it's an entertainer which can be thoroughly enjoyed with family. The film is a superhit and dubbed in Hindi as Main Hoon Lucky: The Racer. 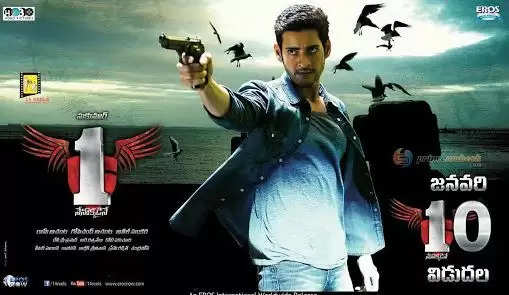 Sukumar directional One – Nenokkadine is a psychological thriller with Mahesh Babu playing the role of a rockstar (Gautham). His life is disturbed due to his past and parents death. He keeps searching for the truth behind his past. In the process he falls in love with a journalist named Sameera (Kriti Sanon). The biggest plus points of the movie is Mahesh Babu's outstanding performance as Gautham. But the screenplay of this movie is one big mess. 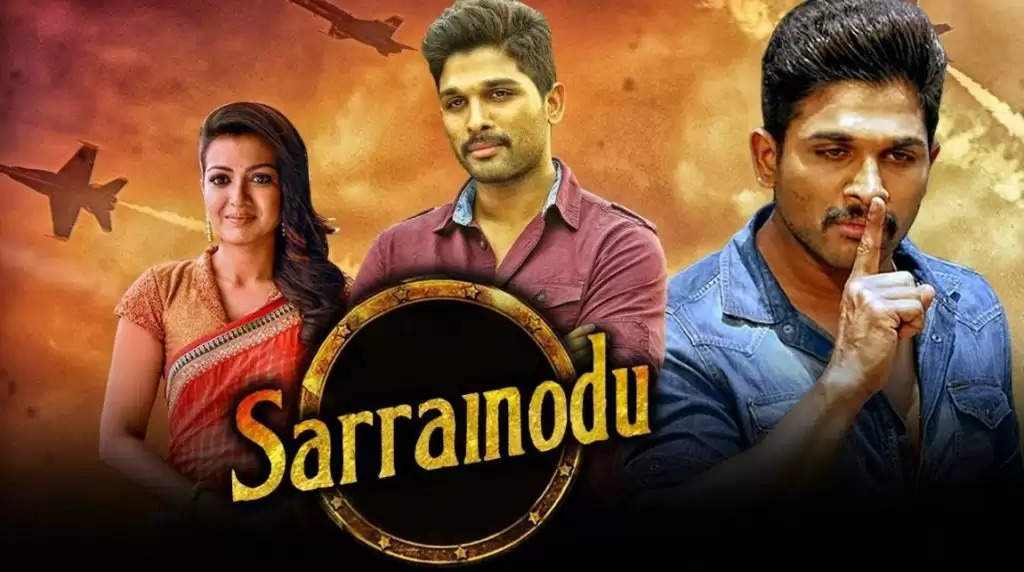 The Boyalati Srinu's directional Sarrainodu showcases an intense battle between an evil son of a politician and an ex army man who can't tolerate injustice. In this movie rakul was seen as a village belle Mahalakshmi troubled by CM's son Vairam Dhanush who gets support from an ex-army soldier Gana played by Allu Arjun and falls in love with him. As the movie progresses he becomes an ultimate saviour of her. The movie was well received by the audience due to it's brilliant star cast— Allu Arjun, Catherine Tresa, Srikanth, Aadhi Pinisetty, Suman and Rakul.

Streaming On: Disney Plus Hotstar 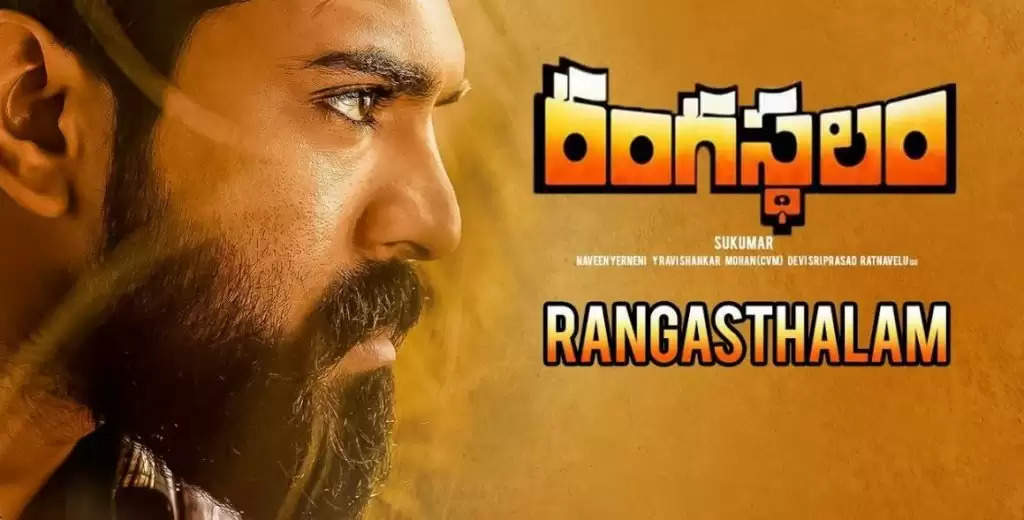 There is no doubt in saying that Ram Charan gave his best performance in Rangasthalam, the movie also helped him grow as an actor. For the very first time, he has done a village drama under Sukumar's direction. The movie moves around two brothers, Chittibabu and Kumar babu, in which the younger one has a hearing impairment and wants to protect his elder brother. Therefore, both decide to put a stop to the 30-year old regime of the village’s president. 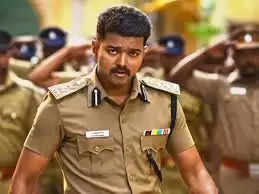 Tamil superstar, Vijay’s Theri has been one of the best movies in his career, he has been appreciated for the way he showcased various emotions in his role with different shades. Directed by Atlee, this film stars Amy Jackson and Samantha as the female leads.

The plot starts off with Joseph Kuruvilla, a simple honest cop leading a happy life with his six year old daughter in Kerala. There he comes across his daughter's school teacher Amy Jackson who shares a good bonding with his daughter. As time passes, he gets into a fight with local goons and bashes them left right. Stunned by Joseph's aggression, Annie starts researching about Joseph and finds out a shocking truth that he was a daring ex-police officer called Vijay Kumar. 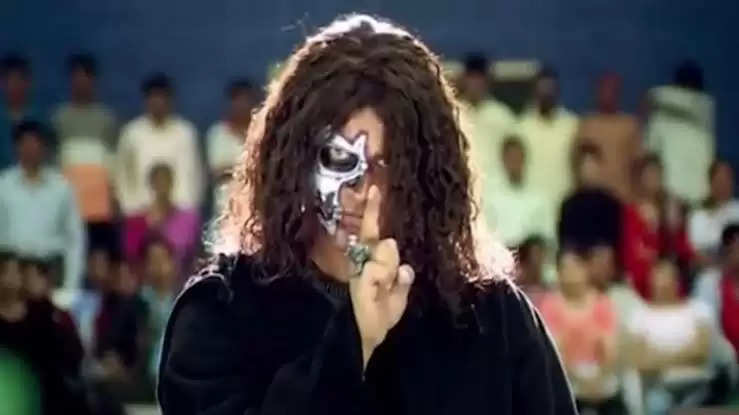 Anniyan has garnered a lot of craze due to the new concept of Split personality at that time. The movie was a golden opportunity to Vikram as he played three characters Ambi, Anniyan, and Remo, in a single movie. How hard is it for an actor to play three different roles? But Vikram has played them effortlessly. The Shankar drama is a must watch, coupled with the significant play of the characters made Anniyan one of the Best Tamil Movies on MX Player. 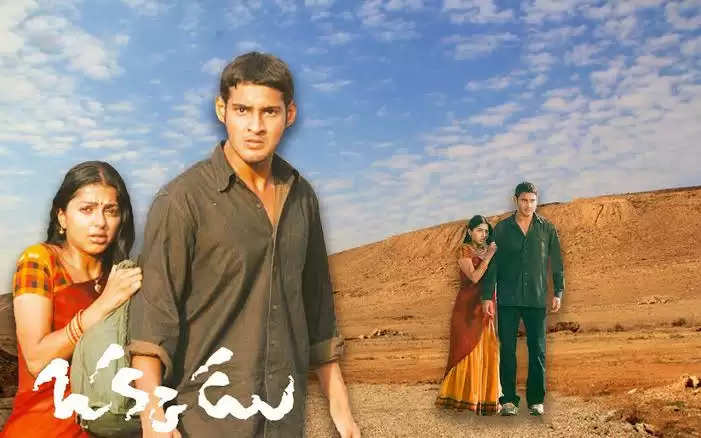 Ghunashekar gave birth to a story which stays with you some 17 years after the release. This movie was termed as a major milestone in Mahesh Babu's career. The story is about a Kabaddi medalist who is so noble to the people around. He takes off to another city to play a match, where he rescues a hopeless woman ( Bhumika) from Prakash Raj, a big goon who plans to unwillingly tie a knot. In the due process the duo falls in love. Inorder to win his love interest and his chance to prove he has to win it against Prakash Raj. Watch the movie to know the rest of the story. 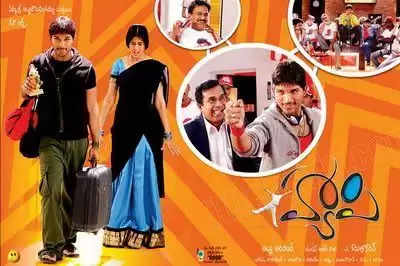 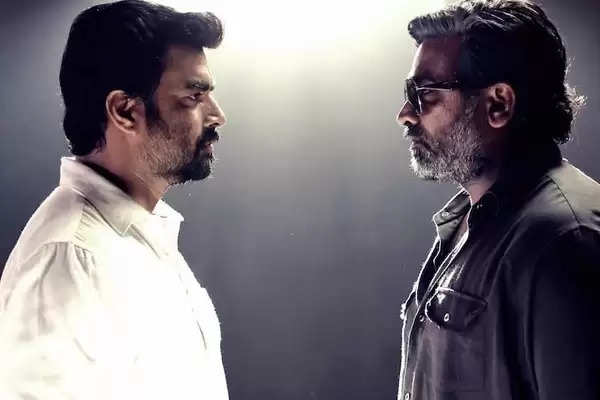 Tamil superstars Vijay Sethupathi and Maddy (Madhavan) starrer Vikram Vedha is an action thriller which is inspired from Indian folktale Baital Pachisi. This movie is a set on a vision that goes on to tell three stories hunting through the good and the bad.

Vikram Vedha is also the return film for the directors duo Pushkar and Gayatri, after Va (2010). Vikram Vedha was released in theaters in the year 2017 and had a huge impact on cine lovers. Undoubtedly the most popular Tamil movie and certainly one of the best Tamil movies, Vikram Vedha is still viewed in various national pockets on the OTT platform Disney + Hotstar. 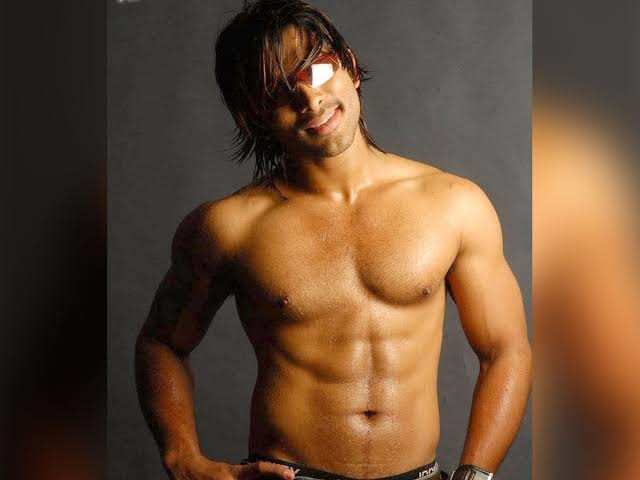 Desamuduru is one of Allu Arjun's most underrated movies. All credits to Puri Jagannath who utilised Allu Arjun to the utmost and squeezed a very energetic performance out of him. The fights and a romantic love track in the backdrop of Tamil goons trying to take away Hansika worked well. With this movie Allu Arjun was marked as the first Telugu hero to have a six pack, he worked very hard to gain that physique and it's clearly visible in the movie's climax fight. Desamuduru is dubbed in Hindi by the name Ek Jwalamukhi. 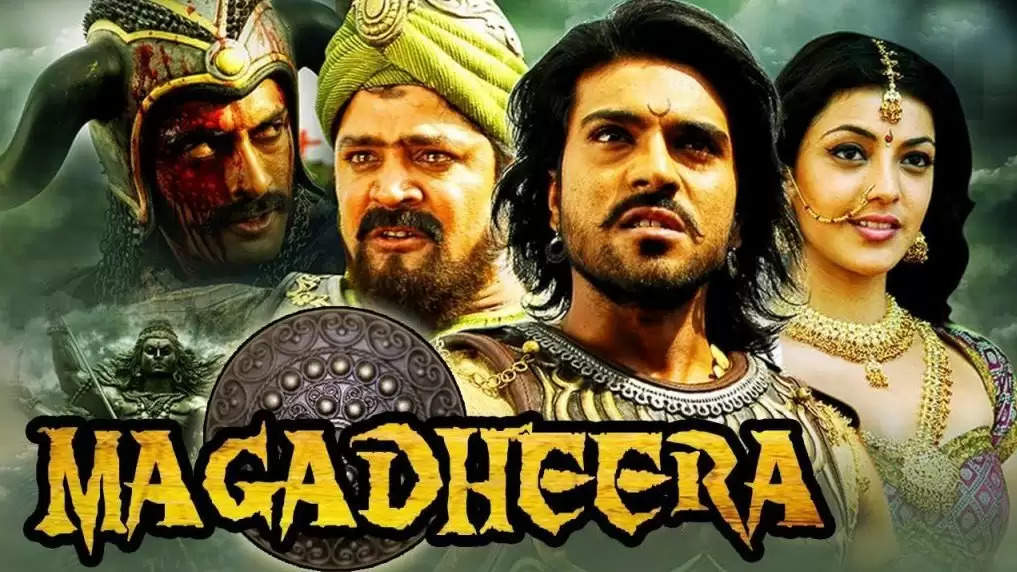 Ram Charan’s fantasy action-drama Magadheera made him a household name. S.S Rajamouli, created a movie irrespective of the result he believed in the story. Because people may believe in Reincarnation or not, but they always love an excellent reincarnation story. The movie revolves around a Bike Racer Harsha, whose sinister enemy & love is following him from his previous life and how he finds his love by ending a 400 years ago tale. 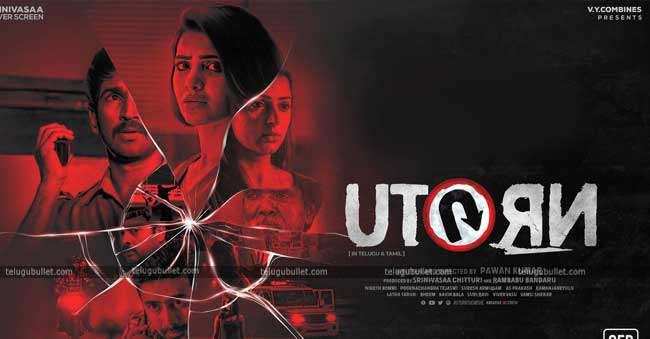 U-turn is a women centric movie which is a suspicious thriller that works with the false murder of a woman. The following series of events continues to develop a spirit of interest for the audience. In 2019 the movie was simultaneously released in Telugu and Tamil languages. It was a remake of the 2016 Kannada movie with the same title. Samantha Akkineni wonderfully played the lead role. 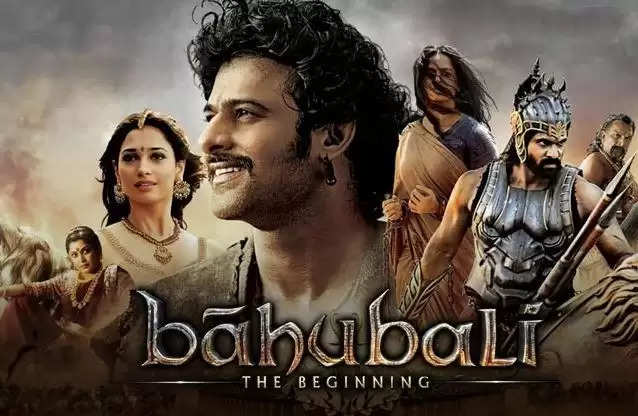 The SS Rajamouli epic fantasy action drama went on to create history at the box office and helped people notice and encourage regional content. The story is set up in the kingdom of Mahishmati, while pursuing his love interest, Shivudu, a daring and adventurous man, knows about the conflict ridden past of his family and his legacy. Shiva has to now take his mother back and throne so he has to face his enemy.