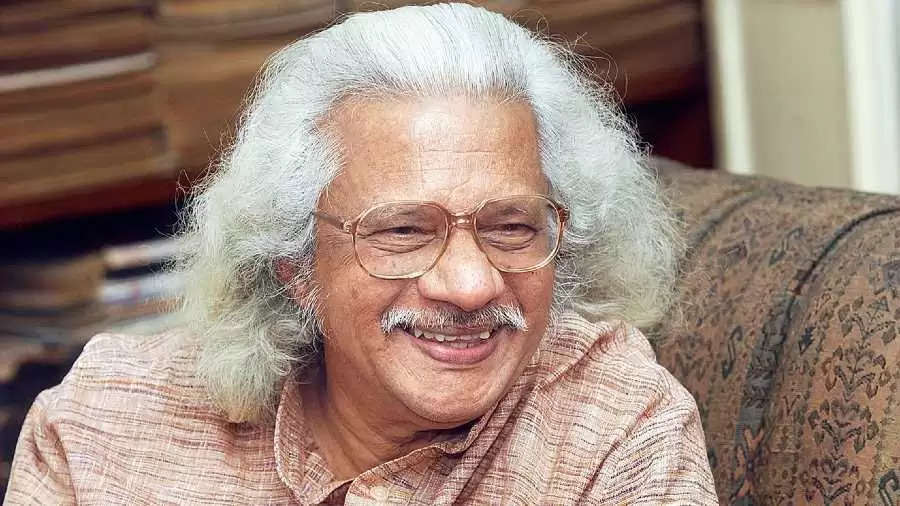 Adoor Gopalakrishnan does not require any introduction, as he was one of the leading lights of Indian cinema. He is considered as the man who delivered our films to bigger platforms around the world. The filmmaker launched a new wave of Malayalam cinema in the 1970s. So here we present to you the top 10 Adoor Gopalakrishnan Movies. 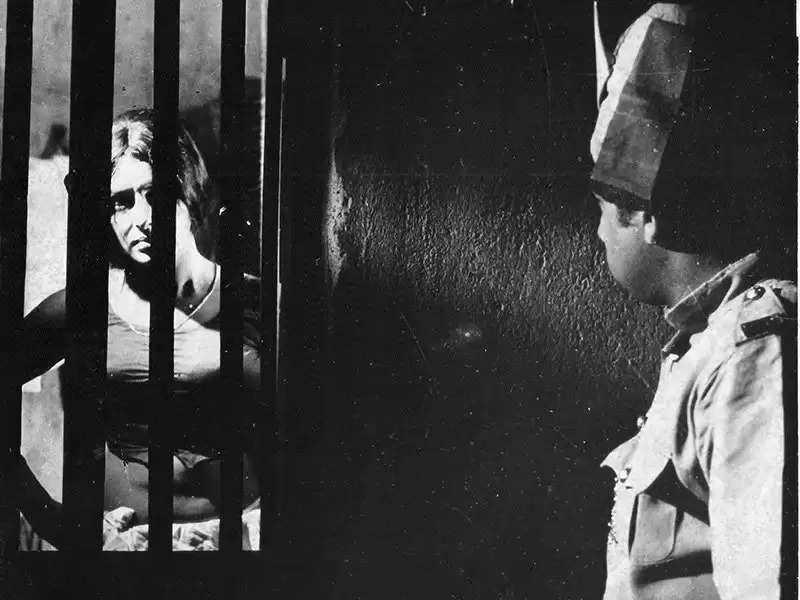 Released in 1972 Swayamvaram is the directorial debut of Adoor Gopalakrishnan and it is also considered as a landmark film in his career. The film opened up about a lot of elements in Malayalam cinema. It was with this film that Adoor, as he is known became the first ever director to have used sound as a leitmotif. He narrates the story of Vishwam (Madhu) and Sita (Sharada) who get hitched against the wishes of their families. Eventually one fine day Vishwam dies, leaving Sita alone with her baby.  The film ends on a positive note with sita feeding her baby while sitting at a closed door. Back then, the climax scene took the movie to a whole new experience in Malayalam cinema. 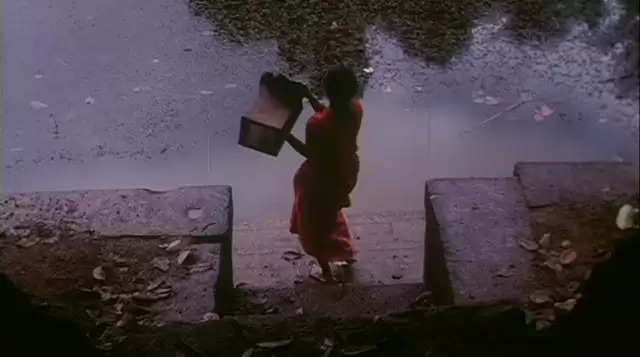 The 1981 released Elippathayam is the first  of Adoor Gopalakrishnan to be shot in colour. The story revolves around Unni who is trapped within himself unable to understand the changes taking place around him. Unlike other movies, the films have only a few dialogues. The best part about the movies is there are certain visual elements which represent society. With this film, after the great filmmaker Satyajith Ray, Gopalakrishnan became the second Indian filmmaker to win the British Film Institute honour for the most original and imaginative film. 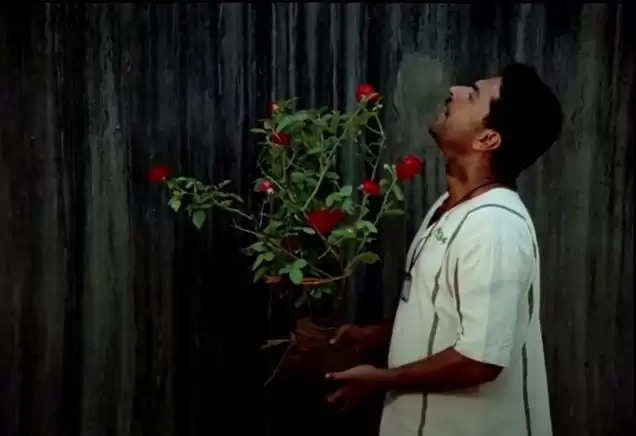 The 1990 Mammootty starrer focuses on the prison life of noted Malayalam writer Vaikom Muhammad Basheer and the love between him and Narayani, a female inmate of the prison, with the wall keeping them apart throughout the film. The director showcases various stages of emotions but then the film majorly takes a look at freedom and what actually it means? This film took him to another level. 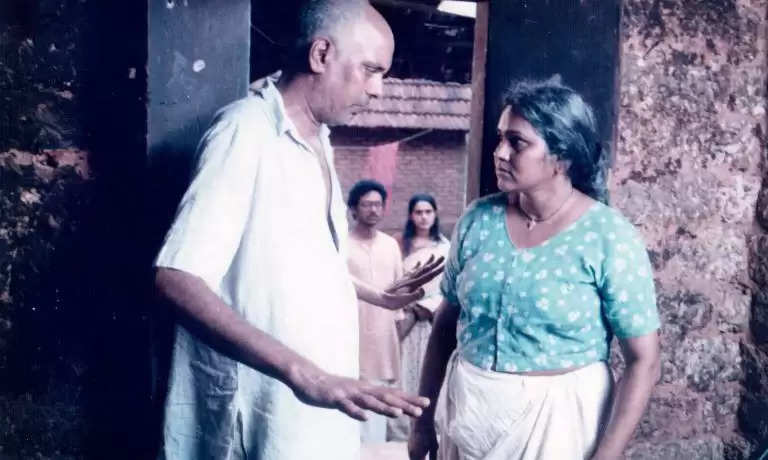 Kathapurushan (1994) film takes a tour of the history of Kerala. Kathapurushan (Man of the Story) is one of Adoor's most famous and complex works. Covering more than 40 years of political history, Adoor brilliantly introduces the story of Kunjunni (Vishwanathan), born before independence and belonging to a feudal family. The film has covered some of the biggest events of the era. 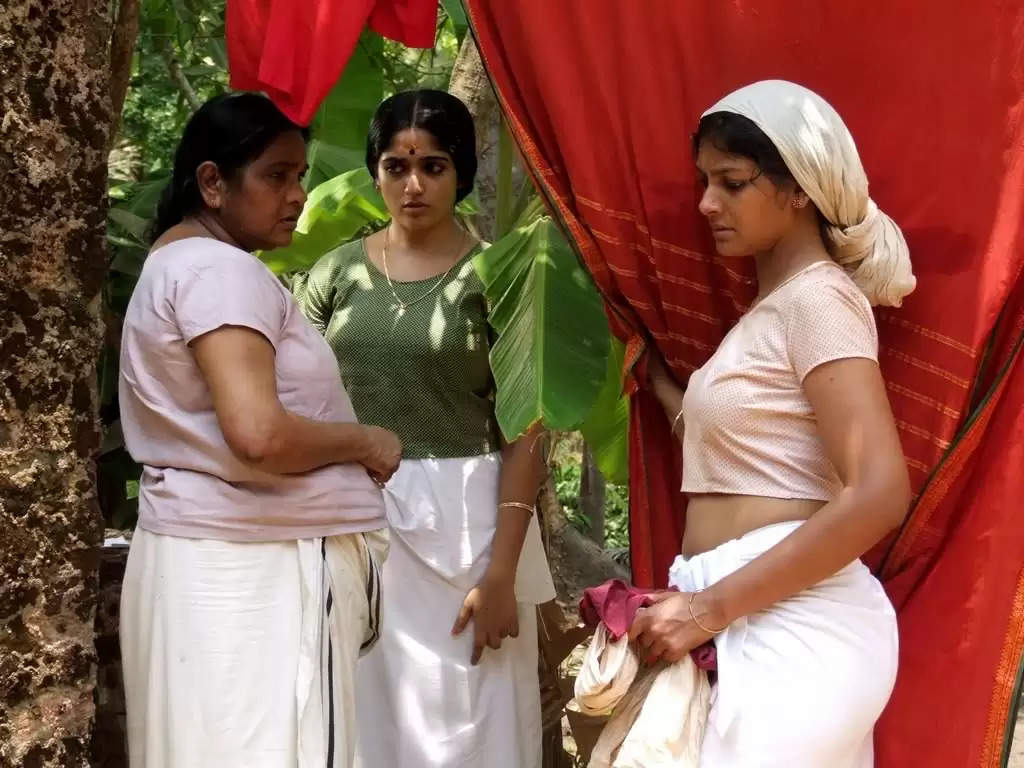 The 2007 released 'Naalu Pennungal' features four short stories. While the first story narrates the romantic episode of a street woman in a small town, another one examines the plight of a newly wedded farm-worker girl; and the third one tells about a childless house-wife and the last one is a story on a spinster belonging to the middle class. All the four stories present a cross section of the social life in the erstwhile Travancore region before and after the independence of the country. 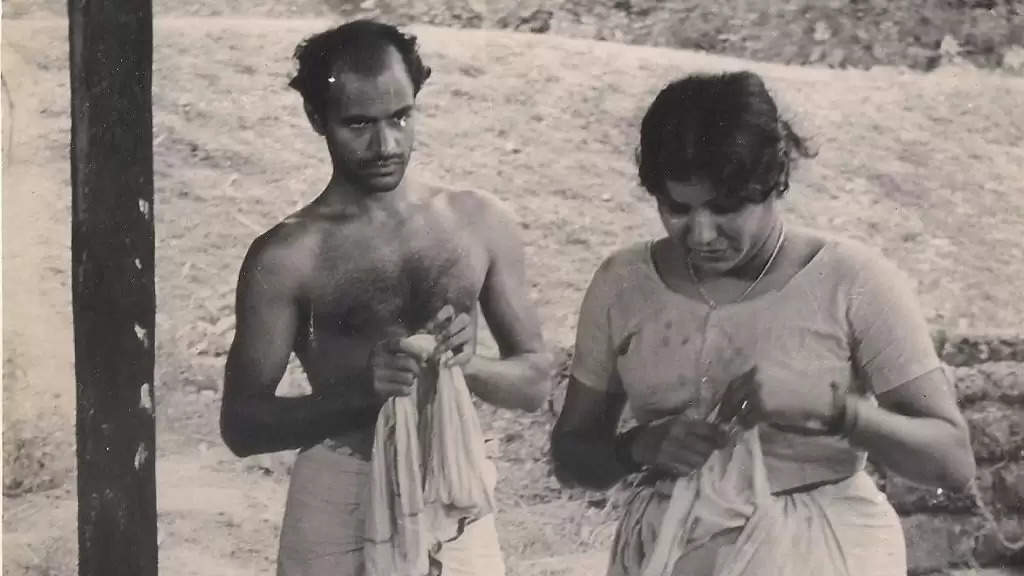 Starring national award winner Bharath Gopi and K. P. A. C. Lalitha in leading roles. The 1978 released Film is written and directed by Adoor Gopalakrishnan. The film revolves around the growth and development of the protagonist Shankaran Kutty from a carefree person to a matured and more responsible adult. The film opens with Shankaran Kutty attending a temple festival. The director proceeds to show the irresponsible and often nomadic life of Shankaran Kutty. 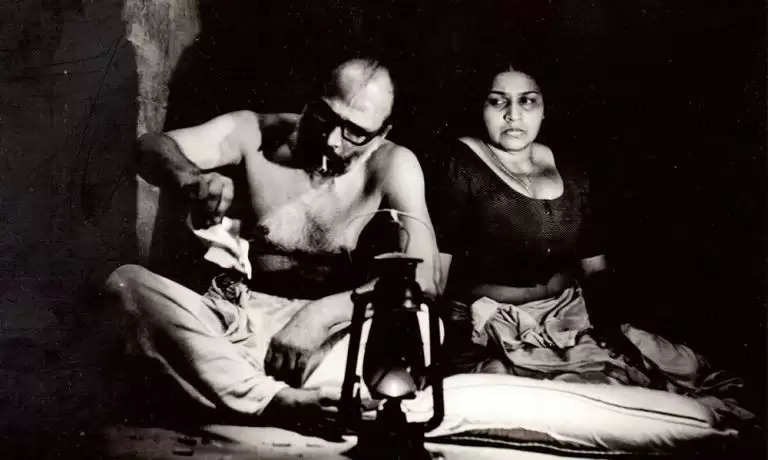 Written and directed by Adoor Gopalakrishnan the movie starts in the early 1950s after independence showing a guy named Sreedharan, the protagonist, as a very popular communist leader and trade union activist. The lead is forced to go underground as his name gets association with the murder of the owner of a tile factory. For the year 1984, the film had won National Awards for Best Direction, Best Screenplay, Best Audiography, and Best Malayalam Film. And the Kerala State Awards for the Best Film, Best Direction, Best Cinematography, Best Audiography, and Best Editing. 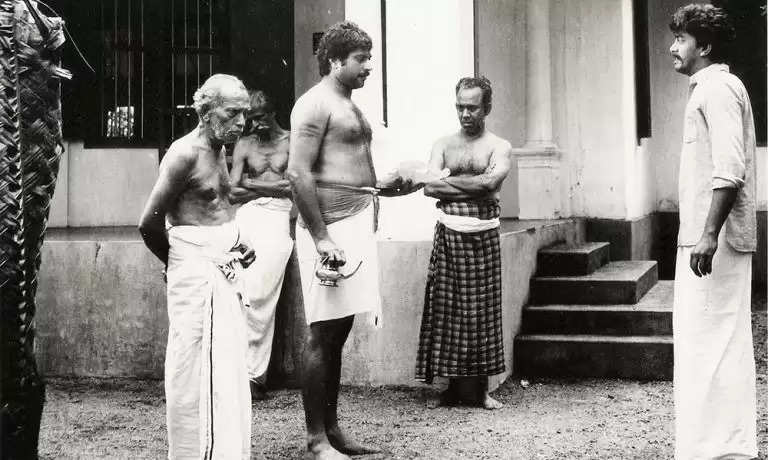 Starring Ashokan, Mammootty and Shobhana in pivotal roles, the film narrates the story or rather stories of Ajayan (also known as Ajayakumar) a sensitive and a young gentleman orphan by birth. Each story is told in the first person narrative, which brings forth new relationships into focus as it unfolds.

In 1987, at the National film award function, the film had won awards for Best Director, Best Screenplay, and Best Audiography. And the Kerala State Award for Best Director. It has also won the International Film Critics Prize (FIPRESCI) for the Best film, Karlovy Vary Film Festival. 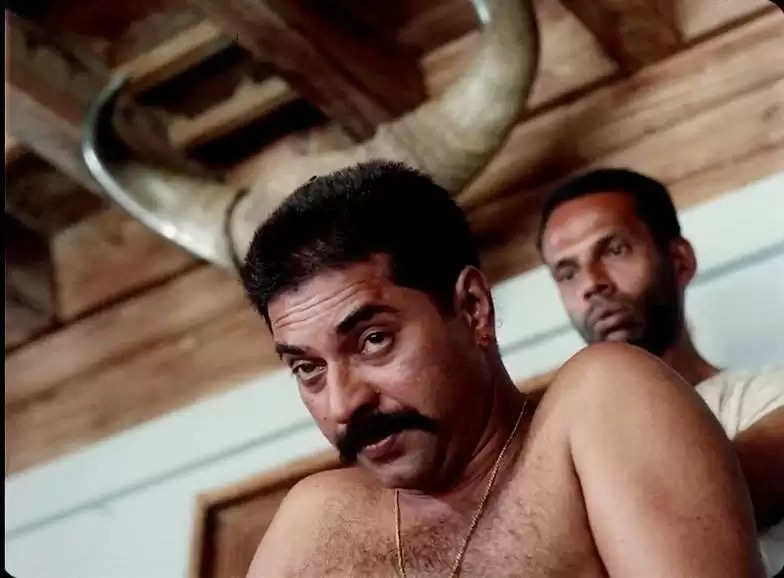 The film is an adaptation of a novella by Malayalam writer Paul Zacharia and narrates the story of Tommy, a Christian worker from Kerala, is an obedient slave to his aggressive owner, Bhaskara Pattelar. The worker obeys all the orders of his master, whether to make his wife sexually available to his master or to kill Pattelars kind wife, Saroja. When Pattelar flees into the jungle, because of his actions, Tommy accompanies him like a pet. But when Patelar is killed, Tommy is happy to be free. 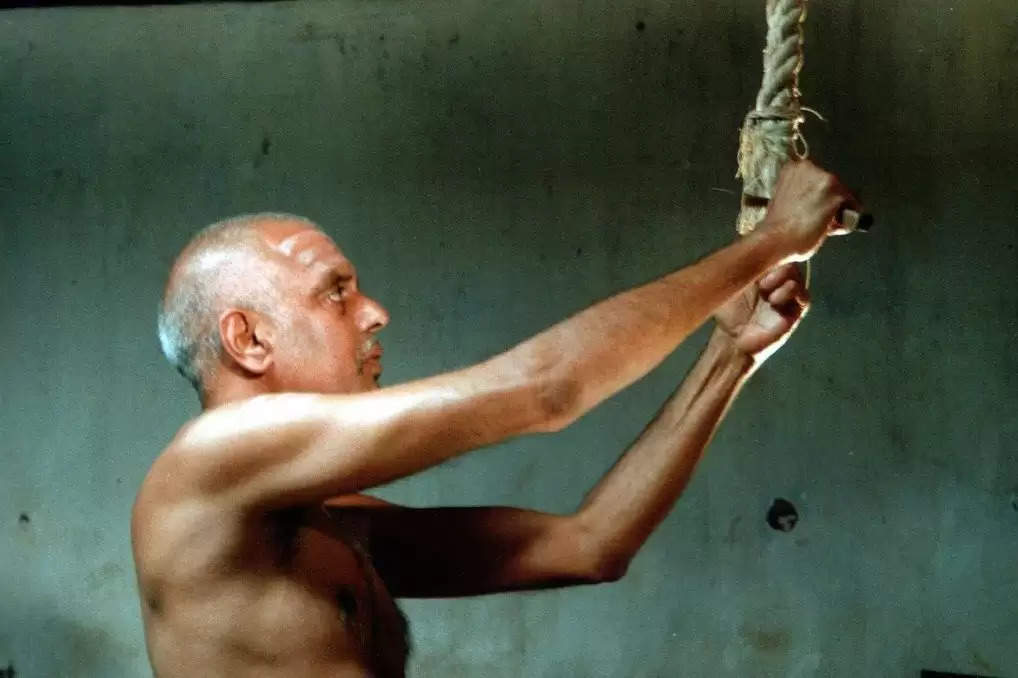 Casting of Nizhalkkuthu includes Oduvil Unnikrishnan,Sukumari in important roles. The movie is Made after a gap of seven years, it is a well narrated tale which moves around Kaliyappan, the last hangman of Travancore dynasty is dragging his remaining life by consuming alcohol and worshipping the Mother Goddess.