A beautiful backdrop always plays an important part, be it a photograph or a Bollywood/ Tollywood movie or a simple series on television. Movies are best known for their breathtaking picturesque locations and cinematography. There are so many shooting locations in India that fans want to visit and know about! So here are top 10 Shooting Locations in South India. 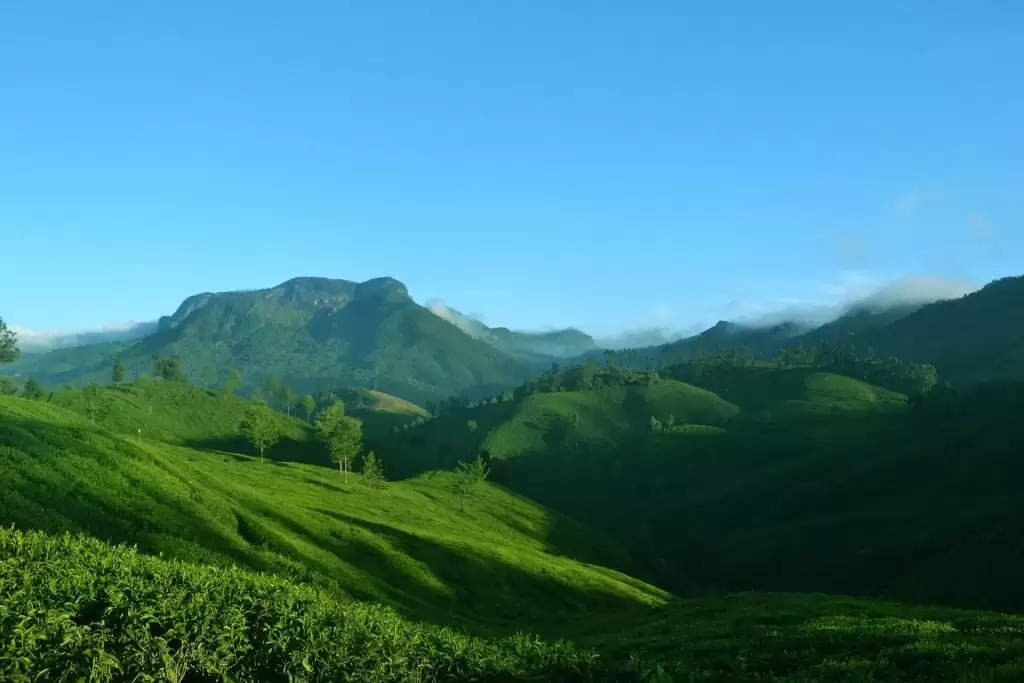 Munnar is a fabulous destination in Idukki district of Kerala known for its natural beauty. The romantic atmosphere here invites the honeymoon couples to make their best moments in life. It is also a very unique place since it is in the middle of the mountains, the beach is not too far from here. This place gets surprisingly cold during the winter season. Around the area there are valleys, lakes, mountains and adventure trails. Compared to other hill stations in Kerala, this is less commercialised. Several Bollywood and Hollywood movies have been shot here, the popular ones in the list includes Life of Pie, Chennai Express, Nishabd, Kumki, and Before Rain Comes. 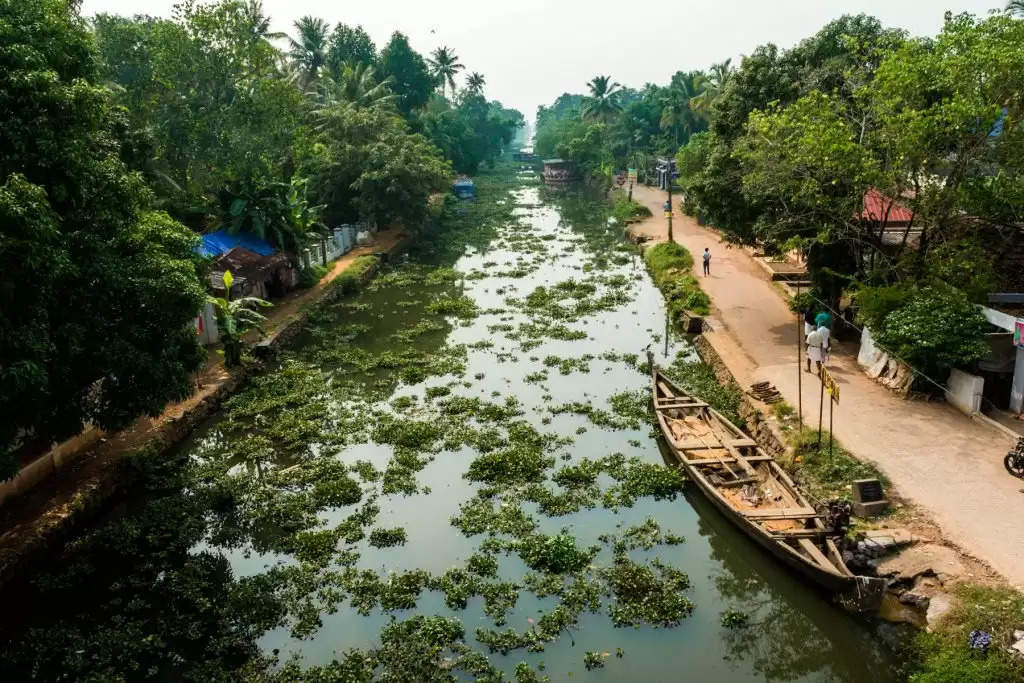 If you are in search of the most popular backwater destinations in Kerala, Alleppey is one most liked destination that must not be missed in any way! It is situated on the banks of prismatic Vembanad Lake, this dazzling city is the ‘Mecca’ for the backwater vacationers on a Kerala trip! If you visit don't miss out on boat cruises and the houseboat stays in Allepey. The movies shot here are Tashaan, Dil Se, Madras Café, Vinnaithandi Varuvaya, Kadal, and Autograph were shot here. 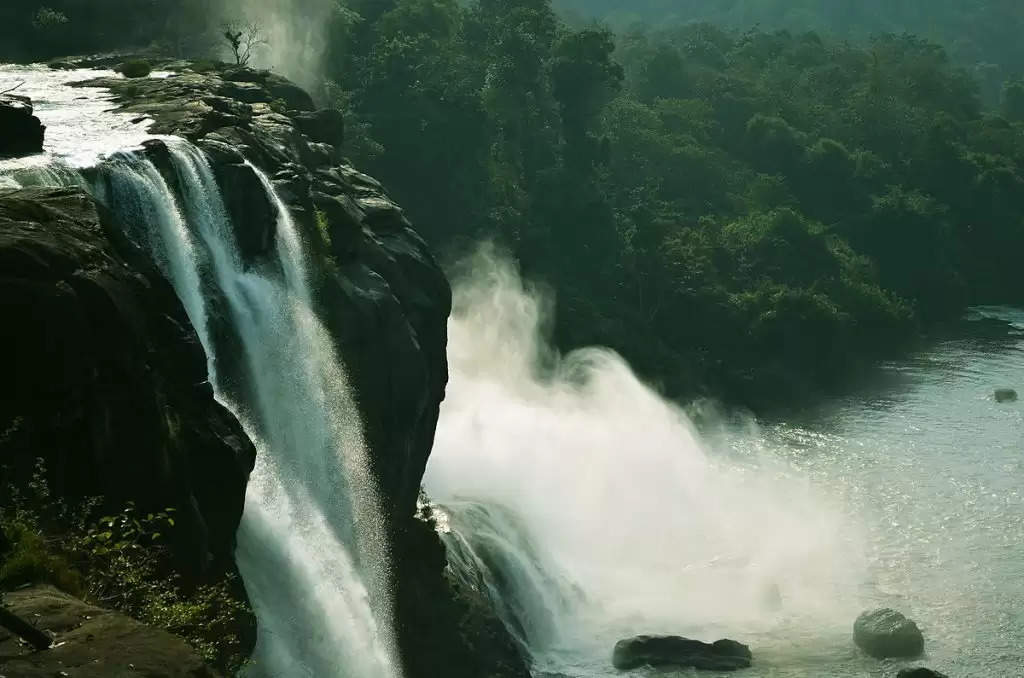 Athirappilly-Vazhachal waterfalls are one of the foremost waterfalls of the mesmerising southern india state kerala. The waterfall is located in the district of Thrissur and is named as "Niagara of India" and stands at 82 feet tall which makes it the largest waterfall in Kerala. Few famous films which were shot here are Kannathil Muthamittal, Madras Café, Raavan, Mudhalvan, Guru, Dil Se, Iruvar, Alaipayuthey and the blockbuster Baahubali.

Vagamon is quite an offbeat hill station in Kerala located near Kottayam-Idukki Border. The adventure tourism spot has a cool climate with the temperature between 10-23°C during a summer midday. It is situated at 1,100 metres above sea level. Vagamon is best known for its pine forests, water bodies and greenery of the hills. Well known movies shot here are Iyobinte Pusthakam, Alone, Paiya, Puli & The Blueberry Hunt. 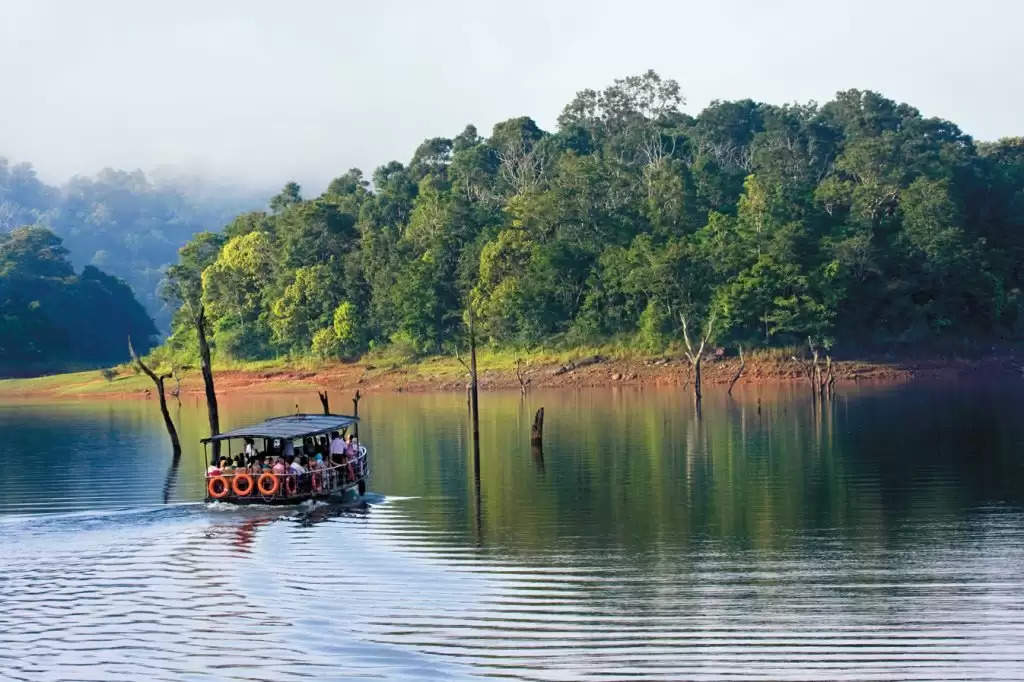 Periyar Wildlife sanctuary is also famous for its tiger reserve and elephant reserve. Out of the total protected area of 925 sq km, 350 sq km was declared as a national park in 1982. Often this park is addressed as either Periyar wildlife sanctuary or Thekkady. Best movies and song locations shot here include Dil Se, Gupt, Ijazat, and Kumki have been shot here.

Famously known as the shooting location of Malayalam film industry, Thodupuzhas is the largest town of Idukki district in Kerala. In most films we could find hill stations, Beautiful rivers and green scenery. These shooting locations are none other than its Thodupuzha. Some movies shot here are Nasrani, Manasinnakkare, Rasathantharam, Velimoonga, Pappy Appacha, and Evidam Swargamanu. 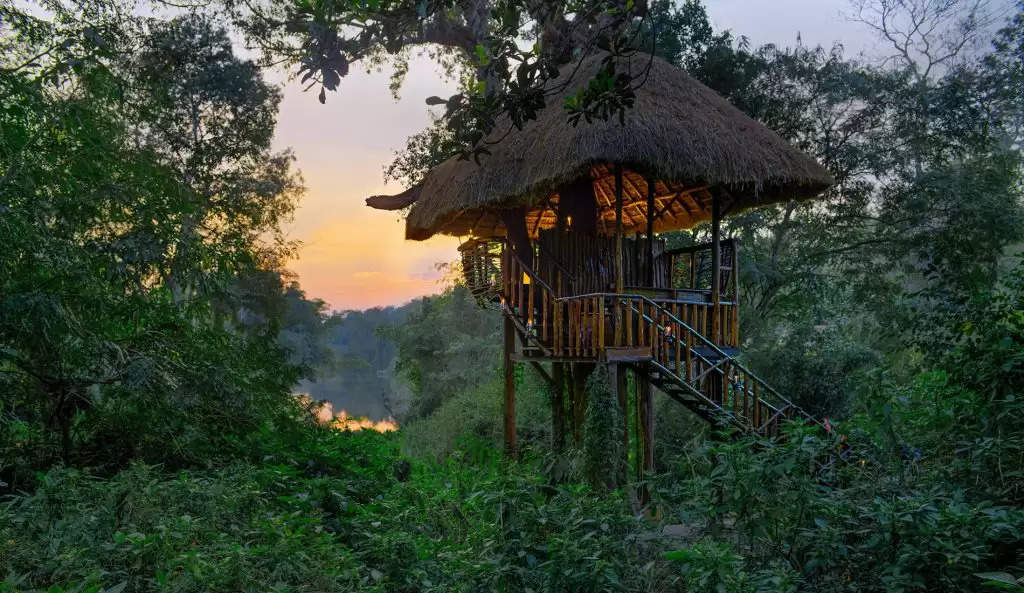 Beautiful mountains, trails and plantations are the main attractions of Karnataka. The people here not only have amazingly different cultures but are also very welcoming. Wildlife and nature fun is a must do if you are in Coorg. The area is most popular with the Sandalwood industry as well and is gaining national recognition now. Mungaru Male is a blockbuster Kannada movie which was shot here. The other acclaimed movie of Bollywood starring Priyanka Chopra, ‘Saat Khoon Maaf’ was filmed in Coorg too. 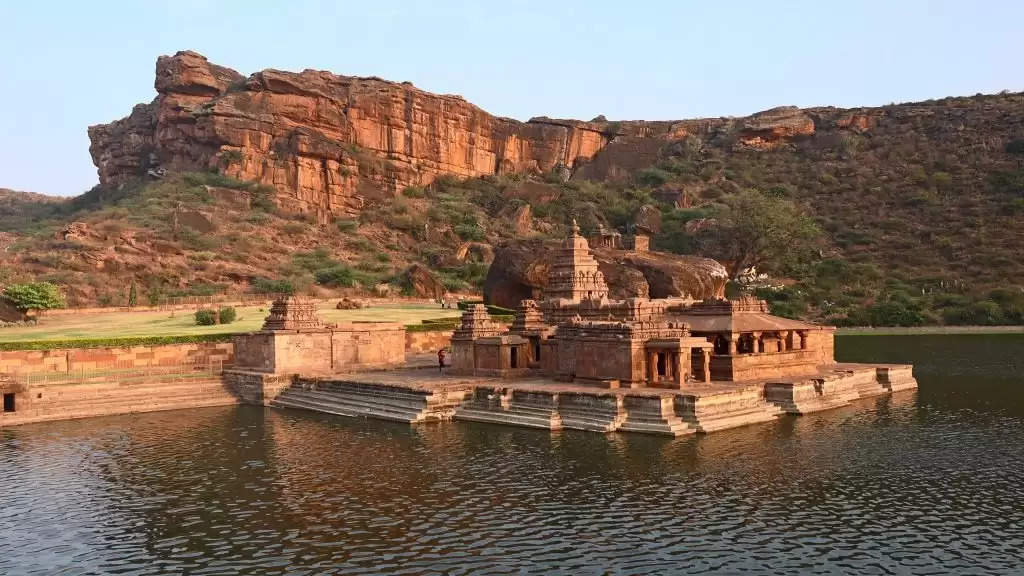 Badami cave temples are located in the town of Badami in the north-central part of Karnataka. The temples are about 88 miles (142 km) east of Belgavi, and 87 miles (140 km) northwest of Hampi. The best part about these badami Cave temples is that they are a complex of Hindu and Jain cave temples. Various language films were shot here. For instance Hindi films like Guru, Rowdy Rathore, Kannada films Veera Madakari, Sanju Weds Geetha, and Telugu films Magadheera, Vikramadu were all shot in Badami caves. 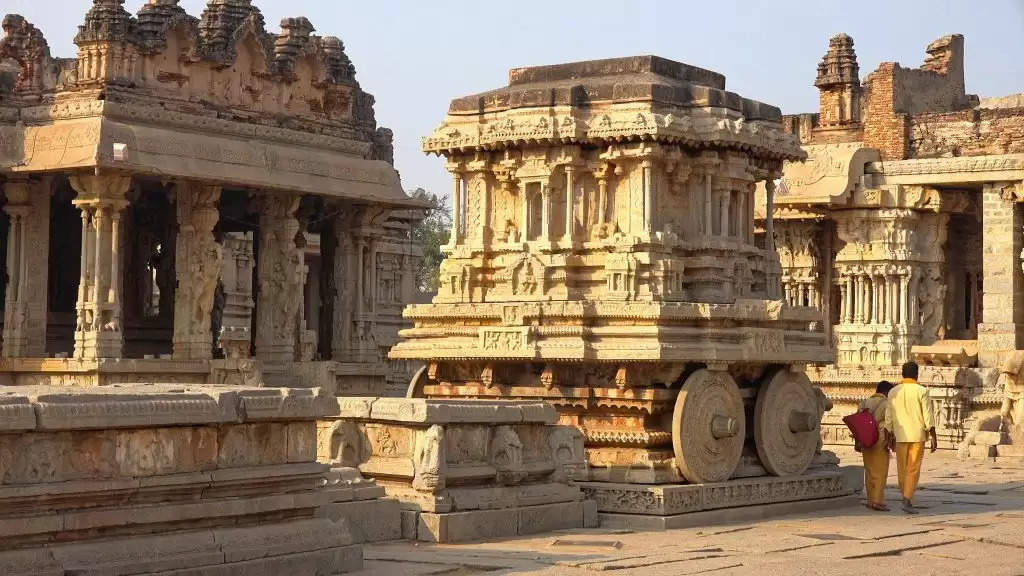 Hampi was once an epicenter for its ruins belonging to the erstwhile medieval Hindu kingdom of Vijaynagar, it is an architectural marvel. It is a UNESCO heritage site and attracts visitors from all around the world. Over the years it has been considered as a very important place for art and architecture enthusiasts. But only a few locations of Hampi are open for movie shoots. Movies shot here are Rowdy Rathore in Hindi, Rana Vikrama in Kannada, Hollywood movie The Myth, and Telugu movie Pournami. 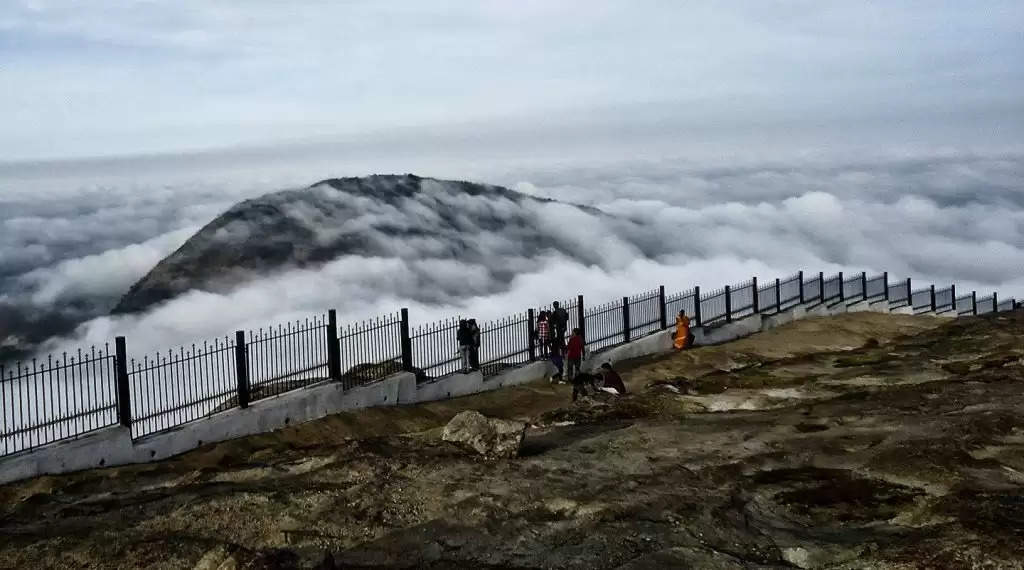 Nandi hills are the closest hillock for Bangalore people to hang out. The place is famous for a weekend drive; however, from the past few years it has lost popularity due to other upcoming getaways around the Garden city. But it always remains as a scenic destination for sunrise and sunset viewing with a lot of small restaurants and eateries available at the summit. Many movies are shot here. Kannada movie ‘Potre loves Padma’ is a popular one. Hindi movies like Kunwara and Coolie no.1 were also shot here.