Adam Sandler-Jennifer Anniston's comedy-whodunit - Murder Mystery's trailer a few months back piqued our interest. But is the movie as good as the trailer? Read our review to find out!
By theopinionatedindian Mon, 1 Jul 2019 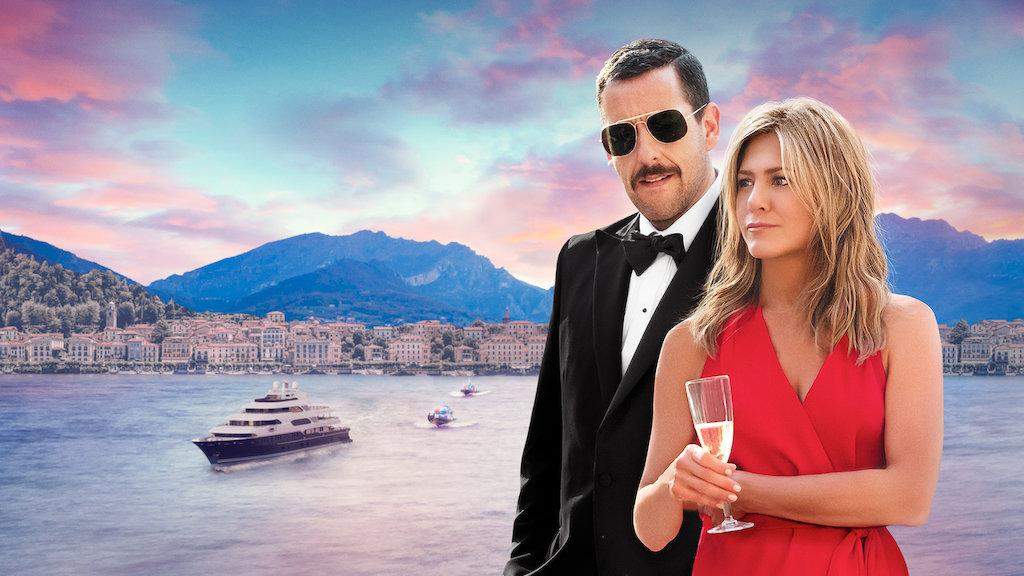 Adam Sandler-Jennifer Anniston’s comedy-whodunit – Murder Mystery’s trailer a few months back piqued our interest. But is the movie as good as the trailer? Read our review to find out!

Nick Spitz(Adam Sandler) is a cop, who is hoping to become a detective. His wife – Audrey(Jennifer Anniston) is a hairdresser. Nick had promised Audrey, that he will take her to Europe for their honeymoon but that never for 15 years. On their 15th year anniversary, Audrey confronts Nick about their honeymoon, a rattled Nick – who is trying to hide the face that he failed the detective exams again, lies to her that he has already booked the tickets.

Audrey & Nick are flying coach(economy class). Audrey wanders into the first class to find out how the other half flies. She ends up chatting with billionaire Charles Cavendish (Luke Evans). Cavendish is reeling over the fact, that his billionaire uncle Malcolm Quince(Terence Stamp) has stolen his ex-fiancee’ Suzi & is getting married to her. In order to rile his ex-fiancee & his uncle, Cavendish invites the couple to his uncle’s yacht. The couple agree to the offer in order to avoid crowded bus tour that Nick had planned for them.

The Spitz’s entry leads to extreme reactions from the other guests, some of whom are not too excited to see them there. Charles Cavendish’s uncle Malcolm Quince makes a startling revelation & is killed. But since the lights go out at that very moment, nobody is able to see who killed Malcolm Quince.

The rest of the movie deals with the couple trying to figure out who killed Malcolm Quince. This leads to several characters getting killed. Will the couple be able to find out who killed Malcolm Quince? Will Nick be able to come clean to Audrey about his lies? Will Audrey get seduced by Charles Cavendish? You will have to watch the movie to find out!

Adam Sandler & Jennifer Anniston have collaborated several times earlier & their camaraderie is visible. They share good chemistry. Adam Sandler’s comic timing as usual is good. Jennifer Anniston is decent. Some of the jokes, including the typical Happy Madison Productions variety did make us chuckle, despite being outright silly.

Adam Sandler’s jokes & lines come across as absolutely silly at times. He does need to reinvent himself. The situations or dialogues are not outright funny. While some Adam Sandler jokes are good, most of them feel dated. Jennifer Anniston does nothing extra ordinary. The days of having men drool over her drop dead gorgeous looks are behind her.

While there is nothing extra-ordinary about the movie, it was definitely not boring. The movie does elicit a few laughs -like Adam Sandler movies do. You can definitely give it a watch, especially if you are looking for a light breezy entertainer after bingeing on Netflix dramas.