Check out the latest Manish Malhotra ombre saree donned by Katrina Kaif and Malaika Arora. Guess who wore it the best!
By riya gandhi Mon, 30 Nov 2020 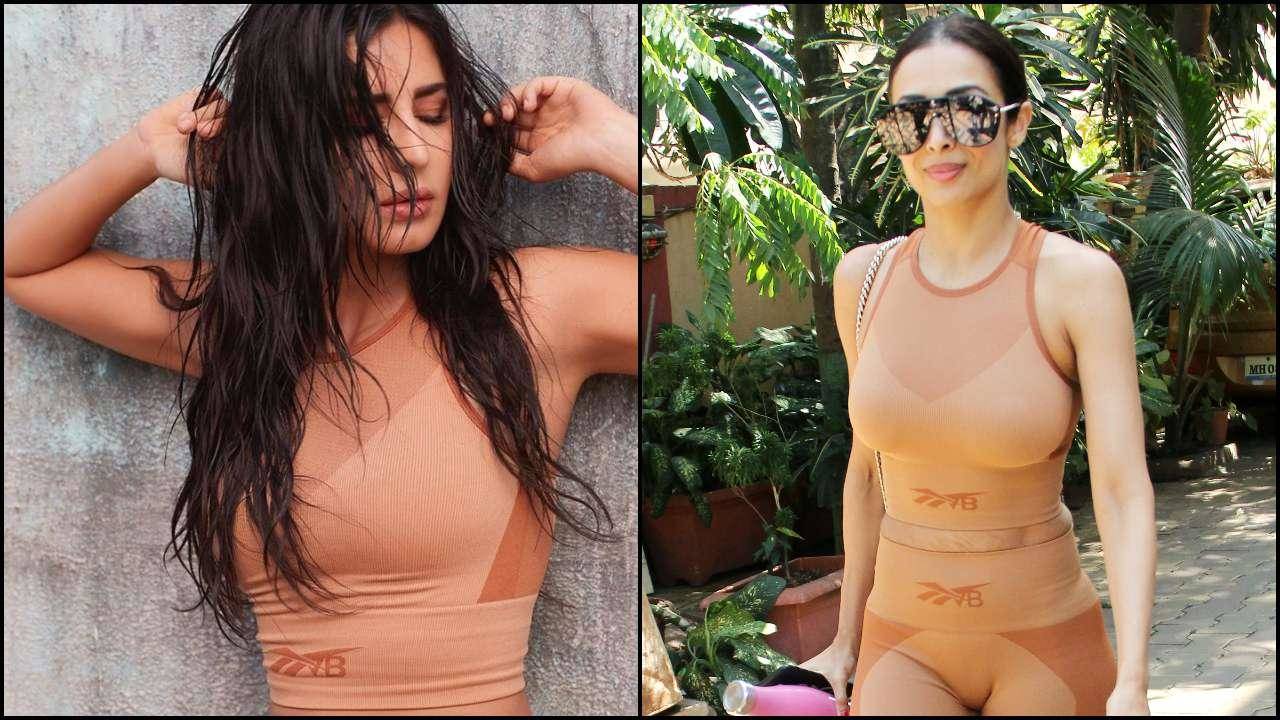 Bollywood’s most famous fashion designer turned costume designer and stylist, Manish Malhotra, has often been the most followed designer for Indian marriage ‘lehengas’ and suits. Not only the marriage attire, but he has also made sarees and other traditional wear his forte which is followed and admired by many. One such saree which is now considered to be the trend of 2020 is an ombre saree which was donned by Bollywood’s two of the most gorgeous actors: Katrina Kaif and Malaika Arora.

In a recent ad shoot, Katrina Kaif was seen wearing a sequin saree with colors ranging from pastel pink to dark brown accompanied by a dark brown blouse. The Dhoom-3 actress finished her look with gold jewelry and a subtle make-up look, which includes her shimmery eyes, cheekbones, and nude-shade lip gloss. 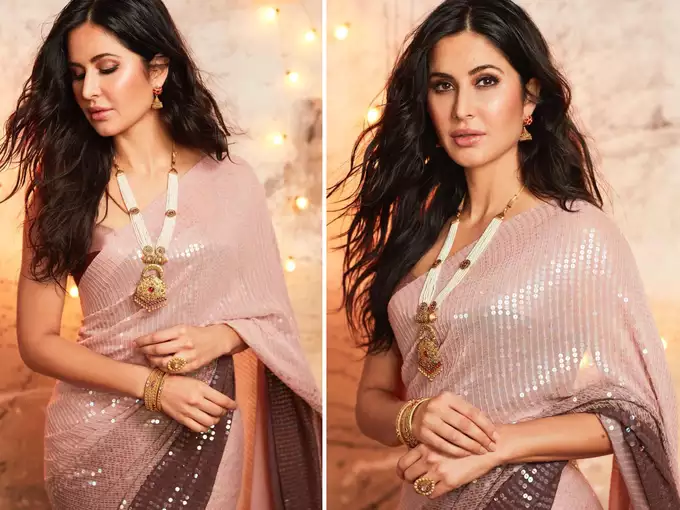 On one hand, where Katrina Kaif opted for a subtle, elegant pastel look with her sequin saree, Malaika Arora opted for a marvelous and string look with her ginger bronze shade for a TV show. The saree was embraced as a bodycon fit ad accompanied with little or no jewelry, a sleeveless brown shaded blouse, and a subtle make-up look. 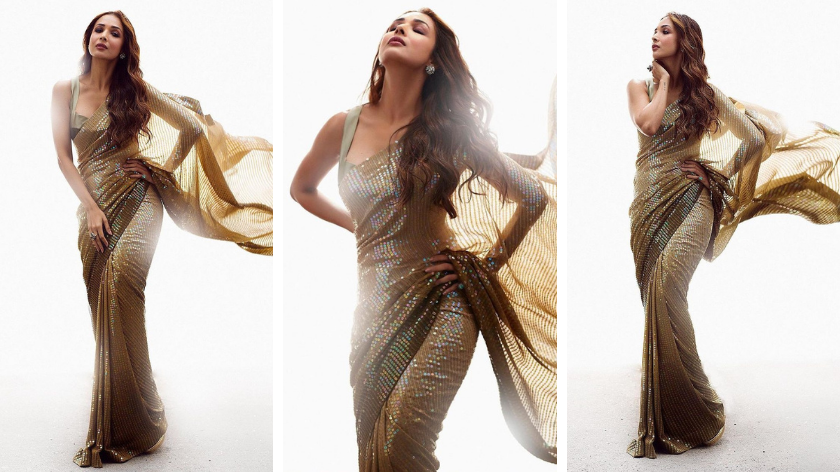 Such ombre sarees by the designer are now trending with celebrities and many highly influential people. It has been priced at 1,30,000 INR, accompanied with a dyed satin petticoat similar to the shade of the saree.

It is difficult to choose one over the other, so don’t forget to share your views on who looks better than whom!