Top 15 English Movies on Disney Plus Hotstar in 2021 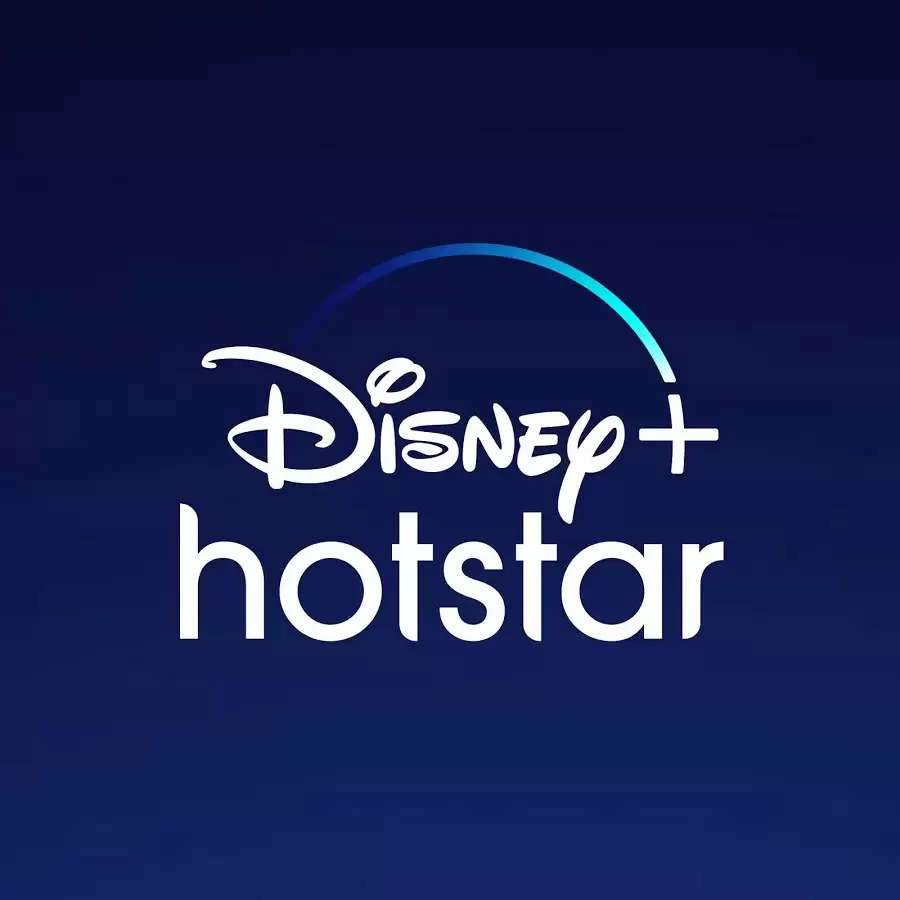 On the topic of the Best English Movies on Hotstar, now dubbed as Disney Plus Hotstar, with the incorporation of Twentieth Century Fox and all its sister studios, we are fortunate enough to come across several classics beginning with Titanic, The Sixth Sense, and many others. With a variety of titles to select from, browsing, and finally deciding on a particular movie to watch can indeed be a tough task to get through. So, to make things easy for you and your lovely partner, here are a bunch of Best English Movies on Hotstar you shouldn’t miss watching on any given day or week. James Mangold’s Ford v Ferrari follows the story of a team of American engineers led by Carroll Shelby and Ken Miles, who are appointed by Henry Ford II with the mission of building the Ford GT40. A new racing car, which at least on paper, has the ammo to defeat the multiple-time champion – Ferrari; at the 1966 24 Hours of Le Mans race in France.

With the right amount of runtime under 160 minutes, the pacing of the movie was on-point, the diverse elements of laughter, emotion, and entertainment complement the narrative remarkably alongside the terrific performances by Bale and Damon. Similar to the 2013 film ‘Rush,’ Ford v Ferrari is an impressive, high-budget sports-drama that rejuvenates the fun of watching a movie on the big screen. One of the Best English Movies on Hotstar. – Surya Komal There is a reason why this tragic-comedy won an Oscar in the Best Writing Adapted Screenplay category. Jojo Rabbit is not exactly a story about World War II, but the story about young German boys who were brainwashed that they belong to a superior race and that Jews smell like brussels sprout.

Jojo Rabbit is sad (as World War II was sad in general) but, there is a ton of satire and laughter that shows that Jojo is just a boy. Yes, Taika Waititi portrays a cute and dumb Hitler (which is Jojo’s imagination of how Hitler is, unlike the real one), and it is really fun to watch him perform. This film in many ways is a coming-of-age drama, with irony and satire, unlike all the other historical dramas. And the whole movie is aesthetically pleasing with beautiful colors and makes for an overwhelming cinematic experience with a mix of conflicting emotions. – Sneha Panchal (@snehareviews) The story of Pretty Woman starts with Edward, a rich entrepreneur going through a break-up, and trying to find a partner to accompany him in his social events. In the quest of a date, Edward enters the red-light area and meets Vivian, a smart and wise prostitute. Edward gets mesmerized by her personality and takes her out to his social events, and in no time, he falls in love with her.

Pretty Woman is a beautiful story about social acceptance. There are a few scenes where Vivian is insulted and shown who she is, but the film does not have a lot of drama as such. It is a simple story, where love blossoms despite the differences in social status. Julia Roberts was a delight to watch. If you want something simple to watch, go for Pretty Woman, its a classic and one of the Best English Movies on Hotstar – Sneha Panchal (@snehareviews) Ad Astra sees James Gray return to traversing emotional barriers between a father and his son after his under-loved The Lost City Of Z– a film set in the Amazon, to a space drama that is as expansive as it is intrinsic. Its about a son, voyaging through space to reach his distant father- his towering legacy and absence while ruminating over his own choices in life.

Like all great space films, the immense, engulfing void of darkness here acts as a metaphorical backdrop to one’s piercing and haunting questions. These might be rooted in personal history but are nevertheless universal. Contact, Interstellar, Arrival are some recent Sci-Fi’s that hinge on themes of parenthood, and Ad Astra joins these movies through its exciting combination of action and introspection, although with lesser grandeur, black holes or wormholes. One of the Best English Movies on Hotstar.

11. Planet of the Apes Franchise One of the more premier franchises in recent history, the Planet of the Apes films, excelled at their ability to tell astounding stories instilled with an ample variety of emotions that are both compelling and refreshing to watch. Andy Serkis, the main protagonist of the film, commands the film with his terrific ability to depict the integral emotions through his body movements and demeanor that would have not been possible without the help of the stellar visual effects. Each one of these films are its own beast, and shouldn’t be missed on any given week. – Surya Komal Celebrating the life of Rock’s Greatest All-Time Entertainers, Bohemian Rhapsody chronicles the inspiring yet involute life story of Queen’s lead singer Farrokh Bulsara, professional known as Freddie Mercury. The film stars Emmy Award-winning actor Rami Malek in the primary role and co-stars Lucy Boynton, Gwilym Lee, Ben Hardy, and Joseph Mazzello as the supporting cast. When you take the movie as a whole, it is not flawless considering the screenwriting issues. But, it is an exemplary display of Freddie Mercury and his extraordinary life. Bohemian Rhapsody is more than just a movie, it is a Celebration! – Surya Komal

9. Night at the Museum Shawn Levy’s 2006 fantasy-comedy – Night at the Museum is the most fun and the more entertaining comedies with Ben Stiller in the lead role. The storyline of the film revolves around a MacGuffin, that brings all the historical characters and statues of the museum back to life after dawn. As ridiculous the plot seems on the surface, this film is a complete blast to watch inside and out, cause the comedy works and the characters are very much charming and likable to get behind. Even though the sequels did not work out the way everyone hoped, the first film in the franchise remains a classic and an amusing comedy even to this day. One of the Best English Movies on Hotstar. – Surya Komal

“If you let my daughter go now, that’ll be the end of it. I will not look for you, I will not pursue you. But if you don’t, I will look for you, I will find you, and I will kill you…” This infamous dialogue from Bryan Mills played by Liam Neeson sent shockwaves through the industry as Taken saved and re-ignited the career of Neeson in a bombastic way. With a simple, straightforward plot, this movie primarily entertains with its kick-ass action sequences and the racy narrative complemented by a strong performance by its lead star. Taken is the first-of-its-kind and a decent film to watch on any given day. – Surya Komal In the course of their mission (Ares III) on Mars, the crew of Hermes led by commander Mellisa Lewis (Jessica Chastain), hit by a gigantic storm that makes them leave behind Mark Watney presuming that he is dead. However, Watney weathers the attack and is left alone on the red planet that makes him design a few ideas about his survival for the next three years until the arrival of Ares IV.

Acclaimed as one of the best movies of Ridley Scott in the recent past, The Martian had everything going in its favor. From the screenplay, the performances from the cast, to the amusing humor and the entertaining storyline. A delightful sci-fi drama that doesn’t bother you too much with the science and space jargon. – Surya Komal Paying homage to the slick 80s James Bond films, Matthew Vaughn’s Kingsman: The Secret Service is a stellar compilation of voguish action and congenial humor that engages the viewer, and provides a fun-filled movie watching experience. Apart from a few weak spots, the movie had its moments and will keep you entertained through and through. – Surya Komal Next on the list of the Best English Movies on Hotstar, Love, Simon stars Nick Robinson in the lead role and is a coming-of-age story of Simon, who is gay and is afraid to admit it to his family or friends because of the circumstances. The simple yet suspenseful storyline, well-written dialogues, the witty and emotional scenes, the upbeat songs and background score, and the relatable characters made this narrative super charming, and entertaining. Love, Simon is a delightful watch in and out. – Surya Komal Directed by Martin McDonagh and starring Frances McDormand in the lead role, Three Billboards is about an enraged mother risking everything in her power to make the local police officials solve her dead daughter’s case. The unpredictable story and the screenplay were the primary aspects that kept the movie-going. Martin McDonagh made sure that the film does not fall into the clichéd paint-by-numbers category, and managed to keep it compelling throughout the runtime alongside the stellar character and the splendid performances. A fascinating watch and one of the Best English Movies on Hotstar. – Surya Komal One of the more impressive disaster and alien-invasion movies of all time, Independence Day, directed by Roland Emmerich, emphasizes the word – Fun through and through. From the performances, the charming chemistry between the lead stars to the ridiculous plot, this 1996 sci-fi action has its own set of pros and cons, but you cannot help but get entertained by it inside and out. One of the Best English Movies on Hotstar. A classic supernatural psychological thriller, M. Night Shyamalan 1999 film, The Sixth Sense, is about a young kid who is frightened because he keeps encountering dead people. His mom calls in for a psychiatrist who can help her son, but some things do not seem right with his doctor too. As the remainder of the narrative unfolds, this movie keeps you on the edge-of-your-seat the entire time with commendable performances by Bruce Willis and Haley Joel Osment. One of the Best English Movies on Hotstar. Titanic, a James Cameron epic starring Leonardo DiCaprio and Kate Winslet, is one of the highest-grossing movies ever. A masterpiece in every aspect, the narrative portrays the blossoming love relationship between two young-souls, onboard the RMS Titanic. James Cameron’s vision, the impeccable acting, the subtle portrayal of the discrimination between the upper class and the poor with the love story at its core made Titanic one of the most beloved movies, even after two decades. One of the Best English Movies on Hotstar.