When Sanjay Dutt and Govinda Had a Huge Fallout

Govinda and Sanjay Dutt started their fun on-screen ride in 1989 with the film Do Qaidi. The actors got along very well on and off the sets and made a popular comic pair in films like Haseena Maan Jayegi, Jodi No. 1 and Ek Aur Ek Gyarah. They would mostly act as friends or brothers and their ease and camaraderie with each other was quite evident. Industry insiders say they would constantly fool around on the sets and spend time in each other's vanity vans during breaks.

However by the mid-2000s both of them faced a rough time in their career though it didn't affect their friendship. Govinda would always gush over Sanju baba and boast about their special relationship. "He is a really misunderstood person," he often said in interviews. On several occasions, he defended Sanjay strongly even when others let him down. But everything changed when one day the media released tapes that had Sanjay's alleged conversation with underworld don Chhota Shakeel. 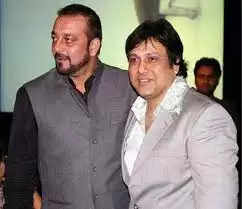 The contents of the tapes were splashed across national television and all the dailies. Apart from other things, what was shocking was the way Sanjay spoke rather derogatorily about Govinda and his lack of professionalism and late-coming. Chi Chi couldn't believe that someone who met him so warmly on the sets and who he considered a friend had such a low opinion of him. The sensitive actor was shocked beyond words but he preferred to keep silent than make an issue out of it. However, he did reveal, "Dil ab khatta ho gaya na." (I am hurt). One day he lashed out at Sanjay saying, "What can you expect from someone who doesn't even respect his own father? Sunilsaab is a 'sant', whilst Sanjay" he trailed off, too agitated to continue.

Sanjay Dutt camp obviously had another story to say and they put the blame on Govinda. Things worsened during the shoot of their last film together David Dhawan's Ek Aur Ek Gyarah. Unit members said the two would sit in different corners of the sets in between shots. They would even have altercations since each insisted on giving a particular shot in his own way. Poor David Dhawan was often caught in the cross-fire between Sanjay and Govinda. Once, when David and Chi Chi had a heated argument on filming a scene, Sanjay jumped in and defended the director. He even asked Govinda to stop being so stubborn! Sources say this interference from Sanjay was the last straw for Govinda who didn't want to hold back the bitterness and pain he had felt for too long. He is said to have retorted with harsh words and the result was an alleged verbal battle between the two actors in front of the unit. 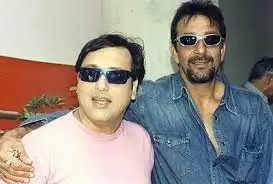 Ek Aur Ek Gyarah somehow clicked at the box office but thereafter Govinda's career went from bad to worse. His unpunctuality and unprofessional ways cost him dearly as producers and co-stars of his under-production films were very unhappy with his work ethics. Around this time came another blow from erstwhile buddy Sanjay who walked out from Govinda's long-pending home production, Shaadi Banayega, which was supposed to re-launch his banner. Sanju tried to be diplomatic about it and said Govinda was a dear friend and that he would always be there for him and work in his films but the damage had been done.

Govinda and Sanju didn't keep in touch for a long time but when Sanjay was sent to prison in 2007, the kind-hearted Chi Chi tried to patch up with him. He was quoted as saying, "Ever since I left politics, I've not been able to meet Sanjay. The last time I met him was after the death of his father, Sunil Dutt, in 2005." In 2008, there were reports of the two teaming up for a project by filmmaker Subhash Ghai, but it never took off. 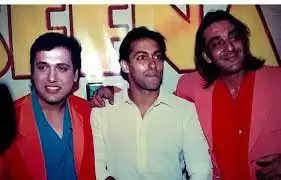 When Govinda later signed up for Partner with Salman Khan, he was asked why he chose Salman instead of Sanjay. His reply was, "People ask me a lot of questions about my equation with Sanjay. The truth is, Sanjay and I were supposed to act together in a movie but an important meeting for that film got cancelled and eventually, the project was shelved. Things just did not work out." Either Govinda was being truly diplomatic or he was trying to play down the rivalry between them.

Insiders say Govinda made attempts to reach out to Sanjay when the latter was recently sent to Yerwada Jail but in vain. "I tried contacting him after the Supreme Court's verdict. But he was out on a holy visit," said the actor.

Evidently, things are far from perfect between the once-good friends.